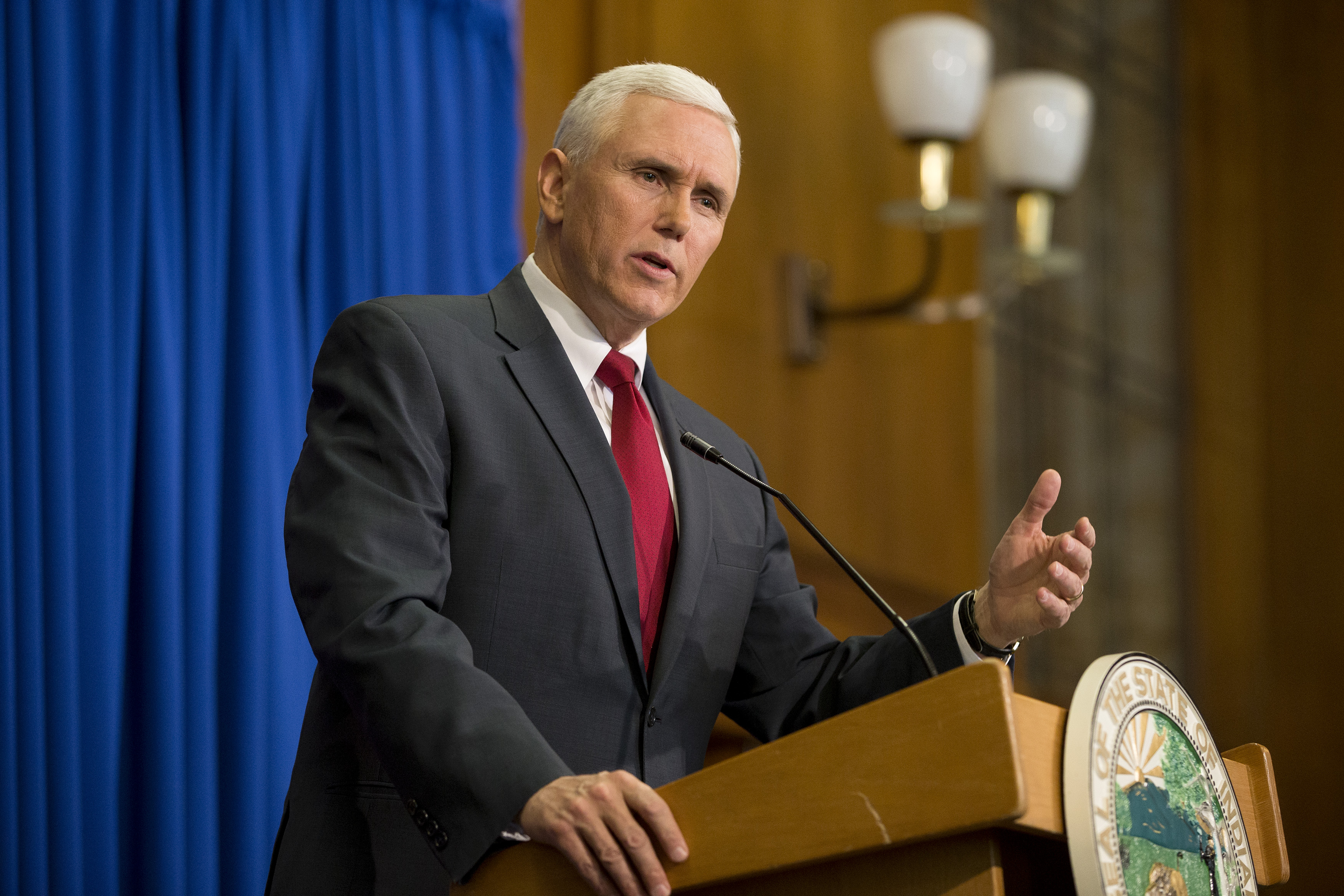 Indiana Gov. Mike Pence said Friday that he plans to vote for Ted Cruz in his state's primary on Tuesday.

"I've come to my decision about who I am supporting. I'm not against anybody, but I will be voting for Ted Cruz in the upcoming Republican primary," Pence said on radio station WIBC's "The Garrison Show."

"I see Ted Cruz as a principled conservative who's dedicated his career to advocating the Reagan agenda. I'm pleased to support him," added Pence, who said he recently met with Donald Trump, Cruz and John Kasich ahead of Indiana's primary on Tuesday.

Pence said he commends Trump for giving "voice to the frustration of millions of working Americans with a lack of progress in Washington" and for taking a strong stand for Indiana's jobs.

He said he's going to "work my heart out" to help get the eventual GOP nominee elected in November.

"I'm for anybody but Hillary and Bernie Sanders," he said.

In recent days, Cruz and Trump heavily courted Pence and Indiana voters. Cruz has repeatedly stated that Indiana would "play a pivotal role" in the White House race, making moves to "barnstorm" the state and recruit support for his anti-Trump efforts.

"Indiana has a national platform and a national megaphone," Cruz told reporters Thursday. "I could not be happier to have this race decided using the Midwestern common sense, the good judgment of Hoosiers."

Trump has also made his appeals to Indiana voters with an assist from legendary college basketball coach Bobby Knight, who endorsed the billionaire Wednesday.

"They talk in a negative way when they want to about Donald, and say he isn't presidential," Knight, infamous for his explosive temper on basketball court sidelines, said of Trump at a rally in Indianapolis. "You folks are taking a look at the most prepared man in history to step in as president of the United States."

Earlier this week, Cruz and Kasich announced their intention to work together in blocking Trump from the 1,237 delegates needed to lock down the GOP nomination before the party's July convention.

Kasich declared his intention to pull campaign resources out of Indiana on Sunday. Recent CBS polling shows a tight race between Trump and Cruz in the Hoosier state, with Trump leading the Texas senator 40 percent to 35 percent. According to CBS' survey, Kasich trailed far behind at 20 percent of support.

Indiana has 57 delegates at stake.