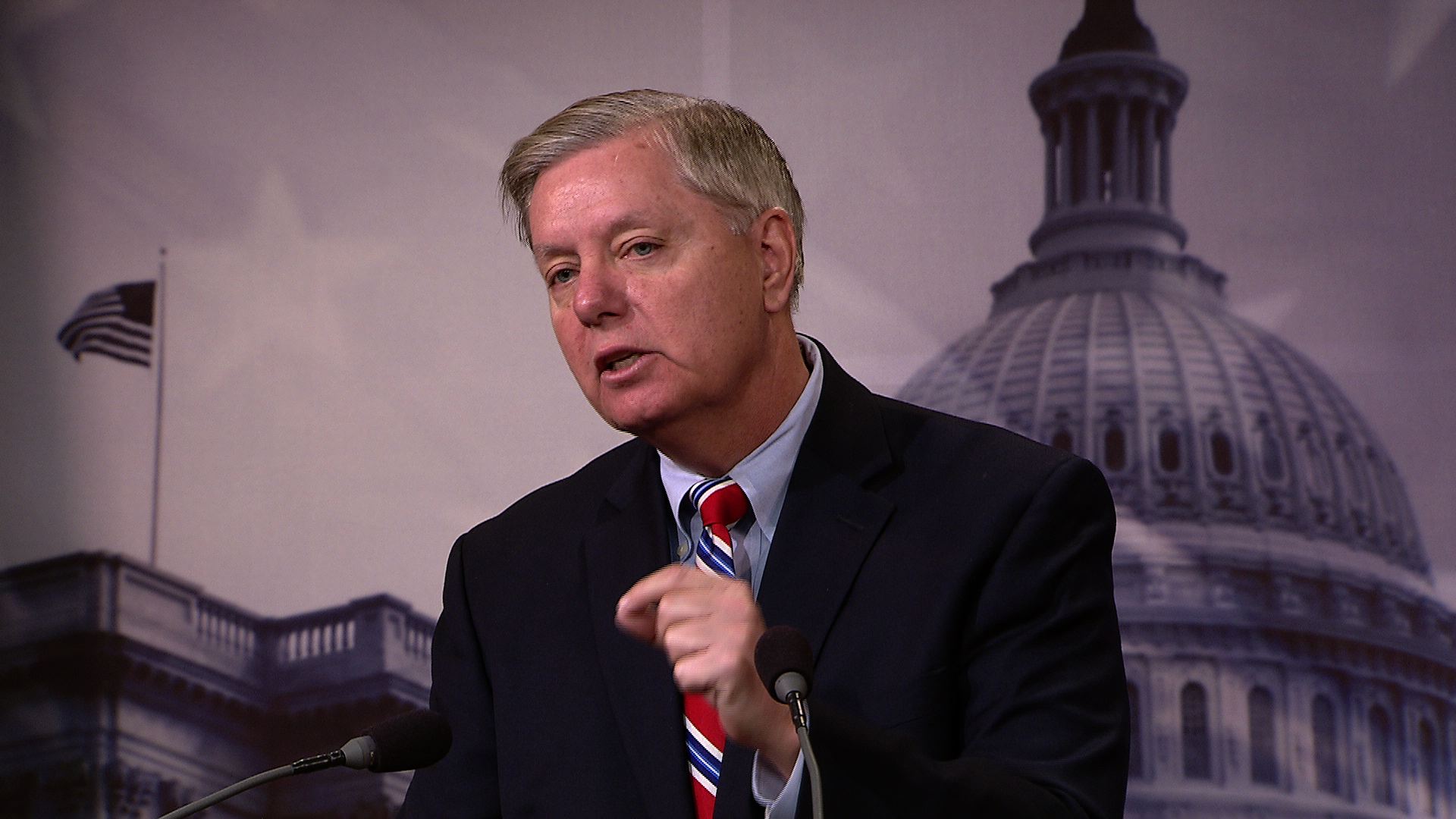 Sen. Lindsey Graham, R-South Carolina, on Thursday said a Donald Trump or Ted Cruz nomination would be the equivalent of "death by being shot or poisoning."

Speaking to reporters at the Capitol, the former presidential contender was asked to react to comments by former Kansas senator and 1996 Republican presidential nominee Bob Dole, in which he said the businessman would fare better than the senator from Texas.

"The only thing I can say is that the only way we lose this election is to nominate somebody who cannot grow the party's vote among minorities, young women and the coalitions we need to win," Graham said. "If you nominate Trump and Cruz, I think you get the same outcome: Whether it's death by being shot or poisoning, does it really matter?"

Graham, who dropped out of the presidential race in December, described Democratic presidential candidate Hillary Clinton as "dishonest," but then said she would still beat Trump because he's "crazy." He also called Trump's domestic and foreign policy proposals "gibberish" and said Cruz has developed a reputation that's "ideological to a fault."

"That entire package of Trump and Cruz, in my view, would make it possible for [Clinton], if she's the nominee, or Bernie [Sanders, I-Vermont], to win an election they should lose," Graham said.

The South Carolina Republican, who officially endorsed former Florida Gov. Jeb Bush for president last week, said Trump would be unprepared to be president and Cruz would make it impossible to unite the country.

Dole told The New York Times in an interview this week that Trump would do better in the general election than Cruz. In his view, nominating the senator would result in "cataclysmic" and "wholesale losses" to the party if he becomes the nominee.

The blunt assessments from both Graham and Dole come just about a week before the Feb. 1 Iowa caucuses where Trump and Cruz have been fighting for the top spot. But this week, Cruz has had two setbacks: Sarah Palin, former Alaska governor and 2008 GOP vice presidential nominee, formally endorsed Trump at a rally in Iowa and Iowa Gov. Terry Branstad said he wants to see Cruz defeated.