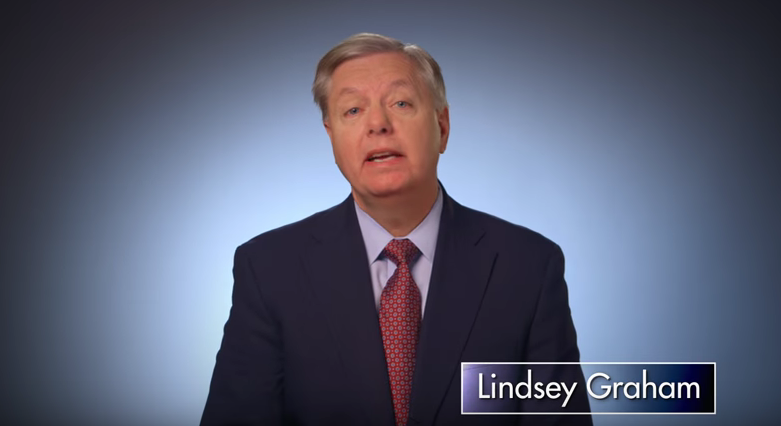 South Carolina Sen. Lindsey Graham is ending his 2016 presidential bid, he announced in a video Monday.

"Today, I'm suspending my campaign for president," Graham said, speaking direct to camera. "I believe we have run a campaign you can be proud of. We put forward bold and practical solutions to big problems like retiring our debt and fixing a broken immigration system. This has been a problem solver's campaign." Watch the video here:

Graham said the "centerpiece" of his campaign was securing the nation, and he got into the race to put forward a plan to defeat the Islamic State of Iraq and Syria (ISIS, or ISIL).

"Four months ago at the very first debate I said that any candidate who did not understand that we need more American troops on the ground in Iraq and Syria to defeat ISIL was not ready to be commander in chief. At that time, no one stepped forward to join me. Today, most of my fellow candidates have come to recognize this is what's needed to secure our homeland," he said.

Despite his hawkish positions during a time of increasing threats to the homeland and the ability to claim one of the three early primary states as his home, Graham failed to gain traction in the race. He never garnered more than 2 percent in national polls and was even excluded from a Fox Business Republican Debate in November because his poll numbers were too low. All the other debates found Graham among the group of four to five low-polling candidates.

That was a reality he found frustrating.

"My biggest problem is a lot of people like what I say, but not a lot of people hear it," he said in an interview that will air on CNN later Monday. "I don't want to be the undercard voice. I cannot tell you how frustrating it has been to have spent all this time and effort preparing myself to be commander-in-chief and to be put at the 'kiddie table'."

He advised the Republican Party to "never" repeat the debate format of diving candidates into two groups based on how they are polling.

Graham declined to say in the interview who he will endorse.

"I'm going to take some time with my family. Going to think about what I should do. I have no intention of endorsing anyone right now," he said.

He was one of the first candidates to tangle with Republican front-runner Donald Trump, telling him to "stop being a jackass" on CBS This Morning in July. In return, Trump gave out Graham's cell phone number during a televised rally.

Graham said in the video that he was suspending his presidential campaign, but "never my commitment to achieving security through strength for the American people."