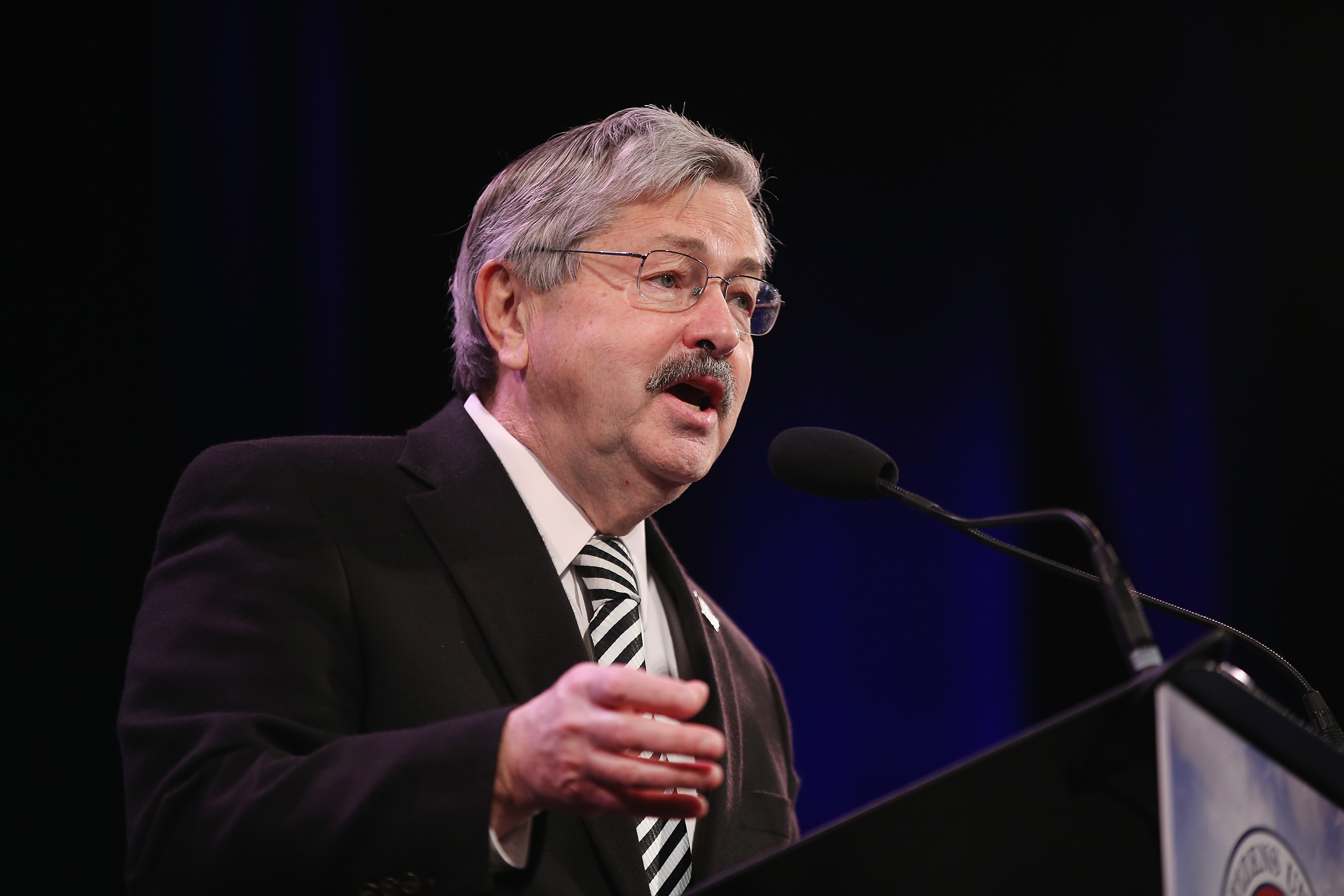 Iowa's Republican Gov. Terry Branstad said Tuesday that he would like to see Sen. Ted Cruz, R-Texas, defeated in the state's caucuses on Feb. 1.

At a summit focused on renewable fuels, the governor warned that Cruz's opposition to the Renewable Fuel Standard would be damaging to Iowa. The standard regulates the amount of fuels like ethanol that are used in the country's fuel supply.

"He's heavily financed by Big Oil," Branstad told reporters, according to The Des Moines Register. "So we think once Iowans realize that fact, they might find other things attractive but he could be very damaging to our state."

The remark could either hurt Cruz's chances -- with less than two weeks before the caucuses -- or it could help mobilize his supporters and motivate them to turn out to the caucuses.

Trump, who had three scheduled campaign stops in Iowa on Tuesday, reacted to Branstad's comment on Twitter.

Cruz retweeted Trump's tweet and said the billionaire is someone who seeks "establishment support."