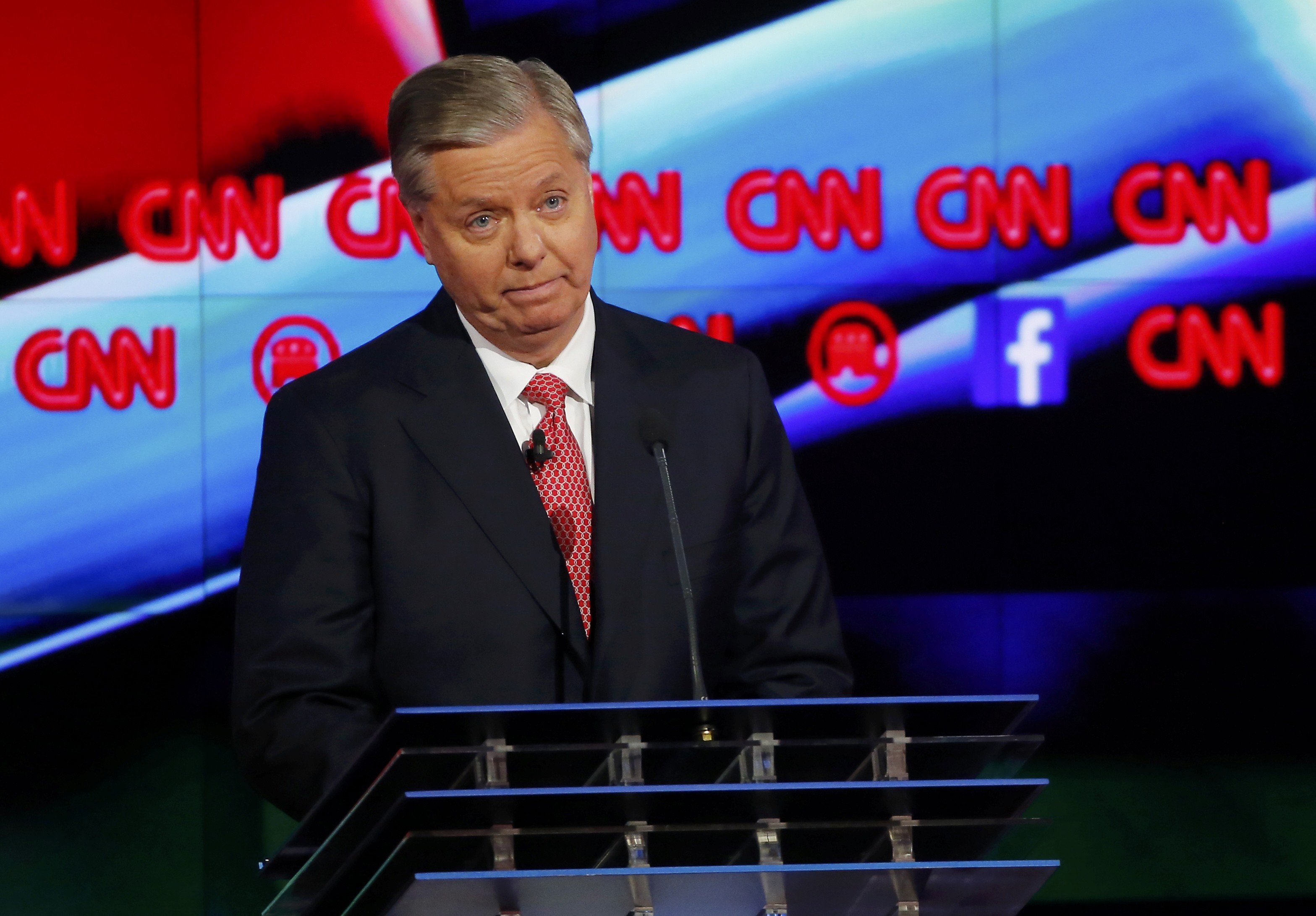 As he stood next to Bush at an event in North Charleston, South Carolina, Thursday's Republican debate was held, Graham praised Bush.

"I have concluded without any hesitation, without any doubt that Jeb Bush is ready on day one to be commander-in-chief," he said.

Bush hasn't tried to get ahead in a contested primary with demagoguery, Graham said. And he went on to say that Bush was the most conservative person who can win, a fiscal and social conservative, and a conservative on national security.

"Lindsey Graham is probably the most knowledgeable person on the Hill as it relates to national security, military affairs, foreign policy, and his endorsement is very meaningful," Bush told Fox News on Friday.

Bush's chief strategist, David Kochel, told donors this week that Bush had received endorsements from local GOP leaders who had supported Graham's bid, and he said it would be "enormously helpful" to secure Graham's endorsement.

The support of the South Carolina senator is welcomed by Bush, who has struggled in the polls of early-nominating states, overshadowed by Donald Trump and the recent rise of Texas Sen. Ted Cruz.

Graham, a one-time GOP contender, exited the White House race last month, after a bid centered on his foreign policy credentials and his strategy against ISIS failed to gain traction among voters.

Graham explained his run, saying "I got into this race to put forward a plan to win a war that we cannot afford to lose and to turn back the tide of isolationism that was rising in our party. I believe we made enormous progress in this effort."