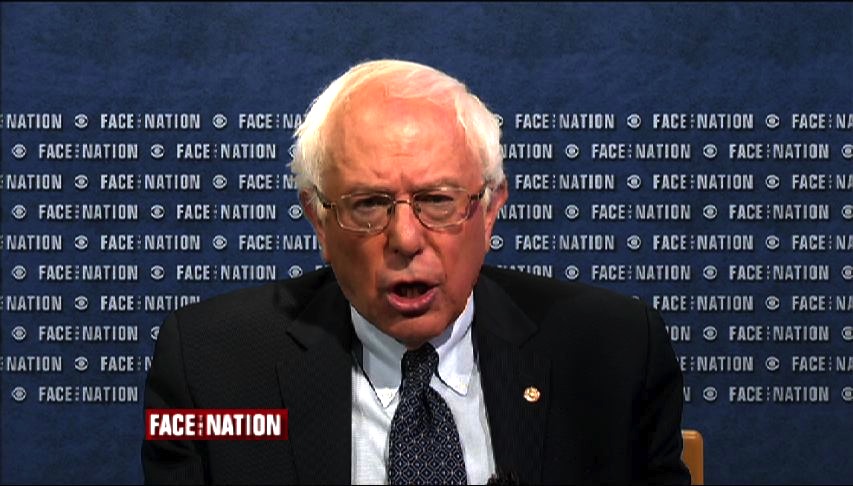 Lawmakers on both sides of the aisle say veterans should be able to seek care from non-Veterans Affairs (VA) facilities in order to address the problem of long wait times that plague VA hospitals around the country and may have even resulted in some dying while waiting for care.

For some lawmakers, this is a temporary solution while the VA fixes larger systemic issues. Sen. Bernie Sanders, I-Vt., the chairman of the Senate Veterans' Affairs Committee, said on "Face the Nation" Sunday that he will introduce legislation this week that allows any veteran who is in a long waiting line for care to seek treatment at a community health center, military hospital or private doctors.

The bill will also give the VA the authority to immediately remove executives who have performed poorly, authorize the agency to lease 27 new health facilities in 18 states, and use emergency funding to hire new doctors, nurses and other providers. That, Sanders believes, is the root of the problem.

"What is very clear to everybody right now is that in many parts of the country, the VA simply did not have the doctors and the staff to make sure the veterans got timely care. The system was then gamed, which is absolutely reprehensible, which must be dealt with through criminal prosecution and bureaucratic reshuffling. But we need to make sure that that never happens again," he said.

The Obama administration announced last week that it would allow more veterans to get care at private hospitals in order to take pressure off of facilities backlogged with patients from older wars as well as those who have recently returned from Iraq and Afghanistan. The idea has support from lawmakers on both sides of the aisle.

In a separate interview, Sen. John McCain, R-Ariz., suggested what might be a more permanent solution to the agency's problems.

Some VA facilities are "unique and wonderful" for treating military-specific issues like traumatic brain injuries, post-traumatic stress disorder, prosthesis and other war wounds, but shouldn't always be relied on to provide veterans with more routine care, McCain said.

"Why should a veteran have to get into a van and ride three hours to get to Phoenix in order to have routine medical care taken care of? Why doesn't that veteran have a card and go to the caregiver that he or she needs and wants?" McCain said. "That's the solution to this problem, this flexibility to the veteran to choose their healthcare, just like other people under other healthcare plans are able to do."

He has been advocating for this approach as reports of the VA's problems grew in size and scope in recent weeks.

McCain suggested that President Obama call together "the best people he can find" to offer solutions in a short time frame, suggesting former Gen. David Petraeus as a possible resource. He also recommended that Sen. Tom Coburn, R-Okla., himself a physician, be appointed the next secretary of the VA. He would replace Eric Shinseki, who resigned on Friday amid growing criticism that he did not act aggressively enough to fix the VA's well-documented problems.

McCain and many top Republicans have criticized Mr. Obama's handling of the VA scandal, particularly the fact that he went three weeks without speaking publicly on the many issues being reported in the media. When "Face the Nation" host Bob Schieffer asked Sanders whether Congress should bear any of the responsibility, Sanders said, "I think everybody can bear some of the responsibility. We have had a number of hearings. We have met with all of the veterans organizations."

Sanders praised some of the other work Shinseki did at the head of the VA, including moving the agency to electronic claims filing system and reducing homelessness. He also said that the quality of care within the VA is good and the issues that need to be addressed are access to the system and long wait times.