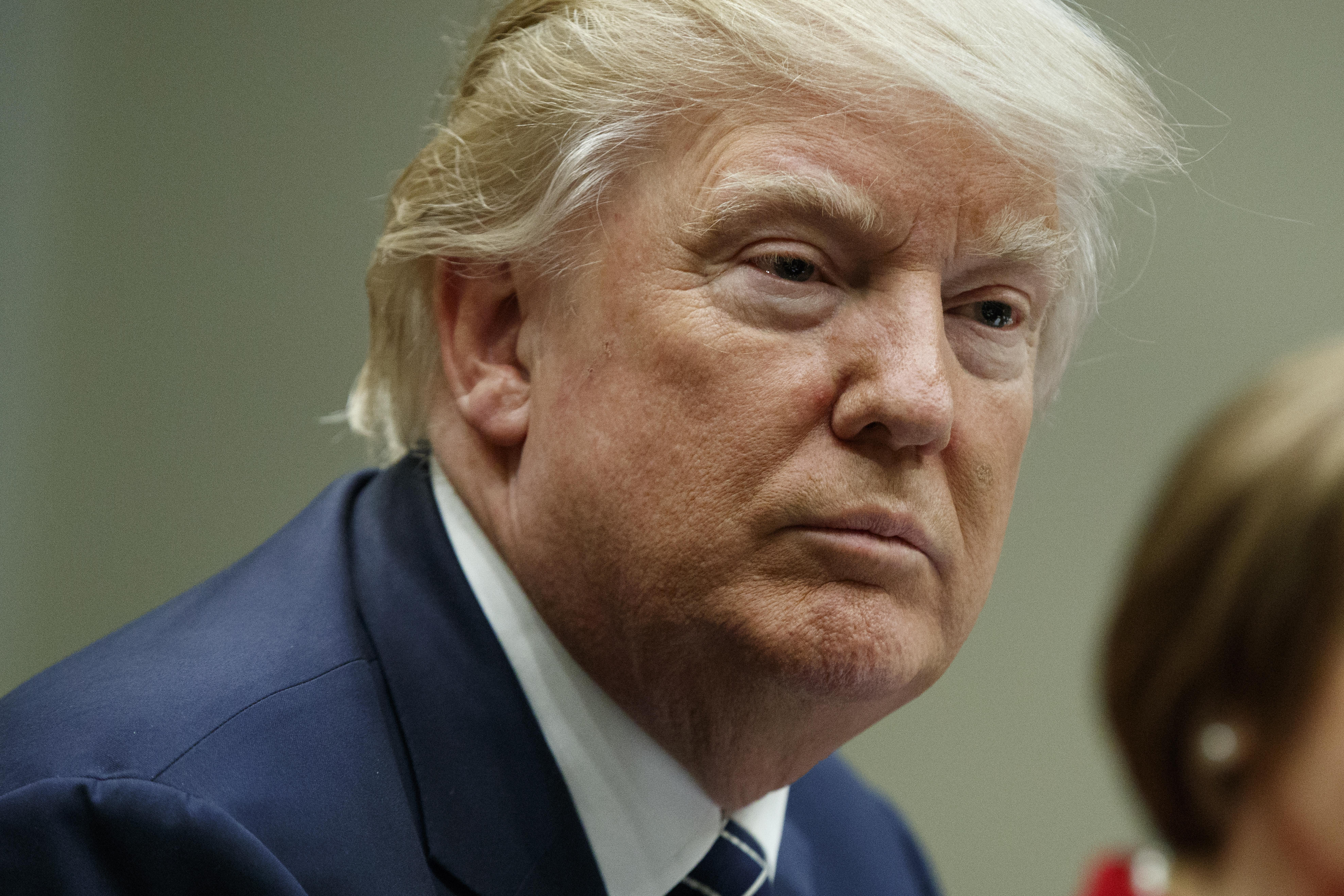 The president is in Mar-a-Lago for the Easter weekend.

Russians laugh off idea that Putin interfered in U.S. election

What happens when you ask Russians about the Kremlin interfering in the U.S. presidential election? Dismissive finger flicks, eye rolls and laughter.

President Donald Trump said NATO is “no longer obsolete,” in a joint news conference Wednesday with NATO Secretary General Jens Stoltenberg after their first face-to-face meeting at the White House.

“I said it was obsolete,” Mr. Trump said. “It’s no longer obsolete.”

There’s been something of a Cold War inside the White House.

It appears President Trump is putting some distance between himself and his most controversial adviser, Steve Bannon.

Intel committees not expected to spend much time on “unmasking” docs: Source

Members of the Congressional committees who made trips to review the same documents Rep. Devin Nunes referenced concerning the “unmasking” of U.S. citizens aren’t expected to spend much time on that line of inquiry, according to a congressional source with knowledge of the investigation.

Commentary: Bannon vs. the Bloombergists

The populists are on the outs in Mar-a-Lago North, even if, as now, it seems like some peace agreement is holding between all the administration’s warring parties. Donald Trump promised to do a lot as soon as he got into office; instead, we’re closing in on 100 days without much to show.

U.S., China ramp up warnings against North Korea ahead of celebration

There are signs of close cooperation between the U.S. and China about the threat of North Korea.

The FBI obtained a secret court order last summer to monitor the communications of Carter Page, an adviser to then-candidate Donald Trump, because the government had reason to believe Page was acting as a Russian agent, The Washington Post reported Tuesday

Secretary of State Rex Tillerson meets with Russian Foreign Minister Sergey Lavrov, while tensions between Russia and the U.S. remain high over Russia’s support for Syria, a week after the Assad regime carried out a chemical attack against civilians in northern Syria. The two are expected to hold a joint news conference.

The presidency and the press

Members of the Trump administration join the media for a Newseum forum on the First Amendment. Kellyanne Conway (9:20 a.m.) and Sean Spicer (10:55 a.m.) participate.