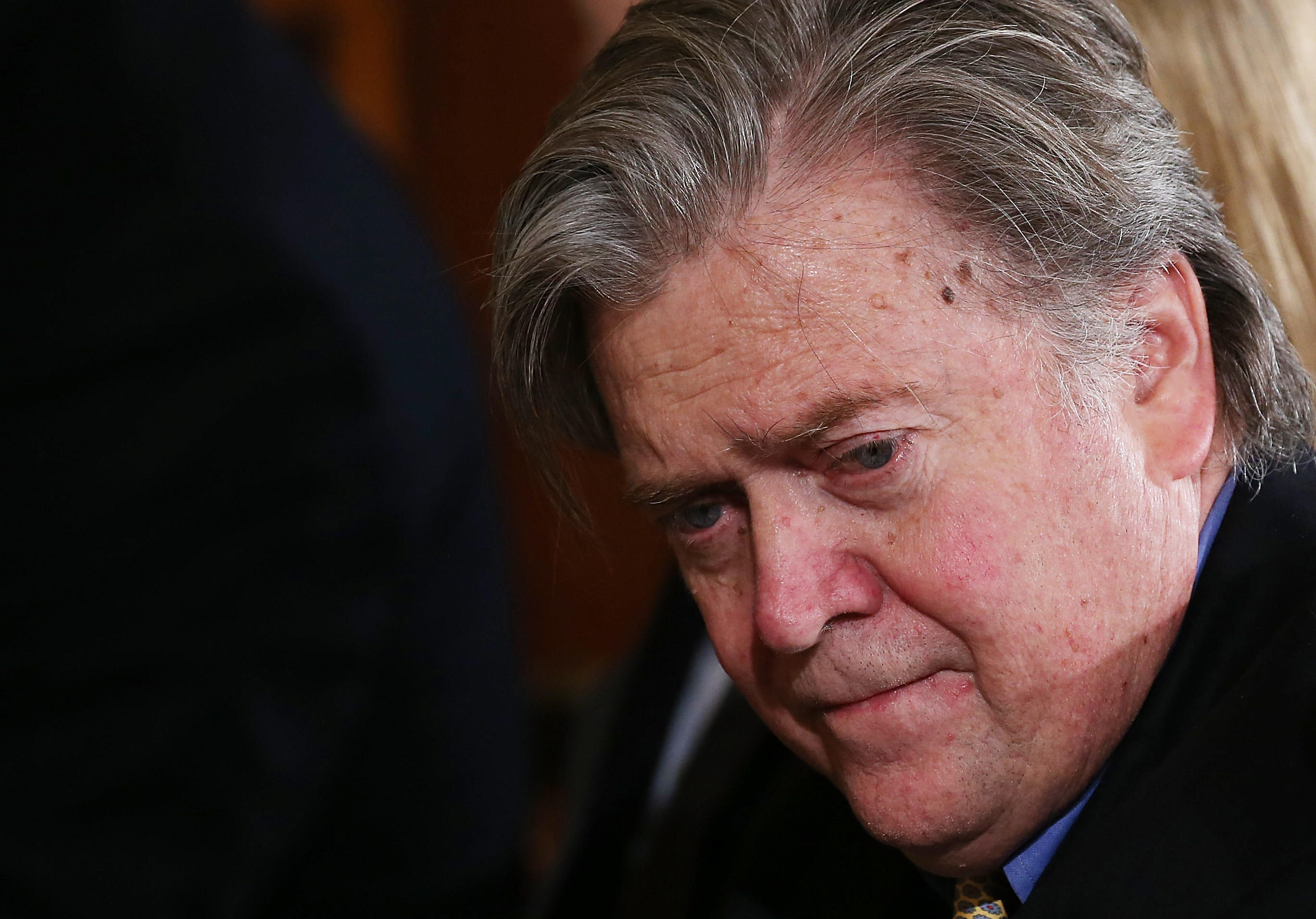 The new White House memo that lists the members of the Principals Committee excludes Bannon’s position:

Bloomberg first reported Bannon’s removal from the Principals Committee. He had been added to the group by an earlier executive order in a move that prompted criticism because Bannon’s role in the White House is in the political realm, not in national security.

The new composition of the National Security Council group reflects the decisions made by National Security Adviser H.R. McMaster, who was cleared by the president to staff the NSC as he pleased. The original staffing was determined by Michael Flynn, the former national security adviser. Tuesday’s memo also adds a few people who were not listed in the original memo -- DNI Dan Coats and Chairman of the Joint Chiefs of Staff Gen. Joseph Dunford are now on the Principals Committee. Their exclusion as regular members of the committee had been widely criticized, although the White House said that the the two were welcome to participate in any principals meeting they wanted to join.

Here’s how the Jan. 28 memo read -- this is the one that added Bannon -- “Assistant to the President and Chief Strategist” -- to the Principals Committee:

Other additions to the Principals Committee include U.N. Ambassador Nikki Haley and CIA Director Mike Pompeo.