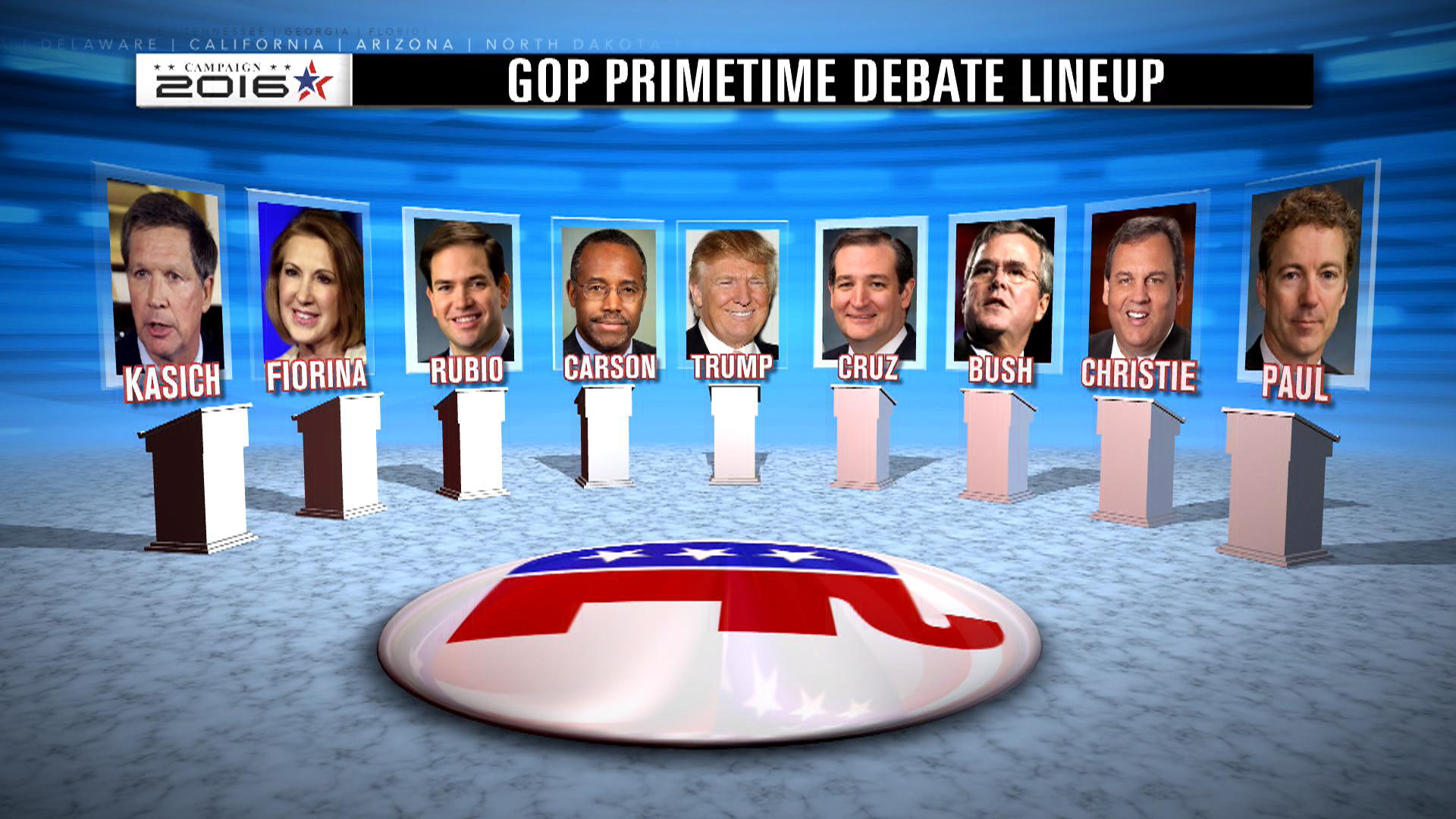 On Tuesday night, the Republican field gathers for the fifth GOP debate in Las Vegas, hosted by CNN.

This will be the final debate in 2015, and as in the previous Republican debates, the field remains so large that it will be split into two groups for two separate debates airing consecutively on Tuesday.

Christie returns to the main debate stage after being relegated to the lower tier for the Fox Business debate, and Paul narrowly escaped the undercard for this debate, when Fox News released a poll that showed him with 5 percent support in Iowa. The threshold for the candidates was an average of 3.5 percent national support or 4 percent in either New Hampshire or Iowa, and although Paul didn't meet that, a CNN spokesperson said, "In the light of new polling released this morning and in the spirit of being as inclusive as possible, CNN has decided to include Sen. Rand Paul in the prime-time debate."

Reporters caught up with Jeb Bush after he attended noon mass (as he has before the last four debates), but he waved them off with "no predictions" about the debate Tuesday evening. Marco Rubio's campaign sent out a fundraising pitch shortly after he finished the site walk-through for the debate. The email pitch said he'd given his team "a goal of securing 2,000 donations" before the beginning of the debate.

→ On computer: Livestream on CNN.com homepage

→ On mobile: CNN app. CNN says that users will be able to watch without logging in.

Several polls this month show a tightening race in Iowa, with a RealClearPolitics average that has Cruz and Trump virtually tied with around a quarter of the vote each. In New Hampshire and nationwide, Trump still leads.

During the past four debates, Trump has garnered the most attention on Twitter. It remains to be seen how much Trump will drive the conversation, both on and off the debate stage, on Tuesday night during this fifth GOP debate.