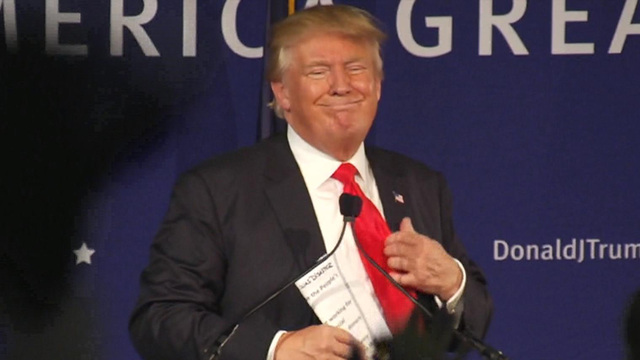 Donald Trump last week managed to steal back the spotlight in the 2016 race with his controversial proposal to ban Muslims from entering the U.S., reaching a new peak in the GOP polls and also driving conversation on Twitter.

Not counting weeks during which there were presidential debates, last week was the most-tweeted week of the presidential race to date, according to Twitter. Last week also saw the highest level of Twitter conversation about Trump since Twitter started tracking in July. Specifically, there were about 3.5 million tweets sent last week mentioning Trump, which is about double the weekly average.

It remains to be seen how much Trump will drive the conversation, both on and off the debate stage, on Tuesday night during the fifth GOP debate in Las Vegas, hosted by CNN.

During the past four debates, Trump has garnered the most attention on Twitter.