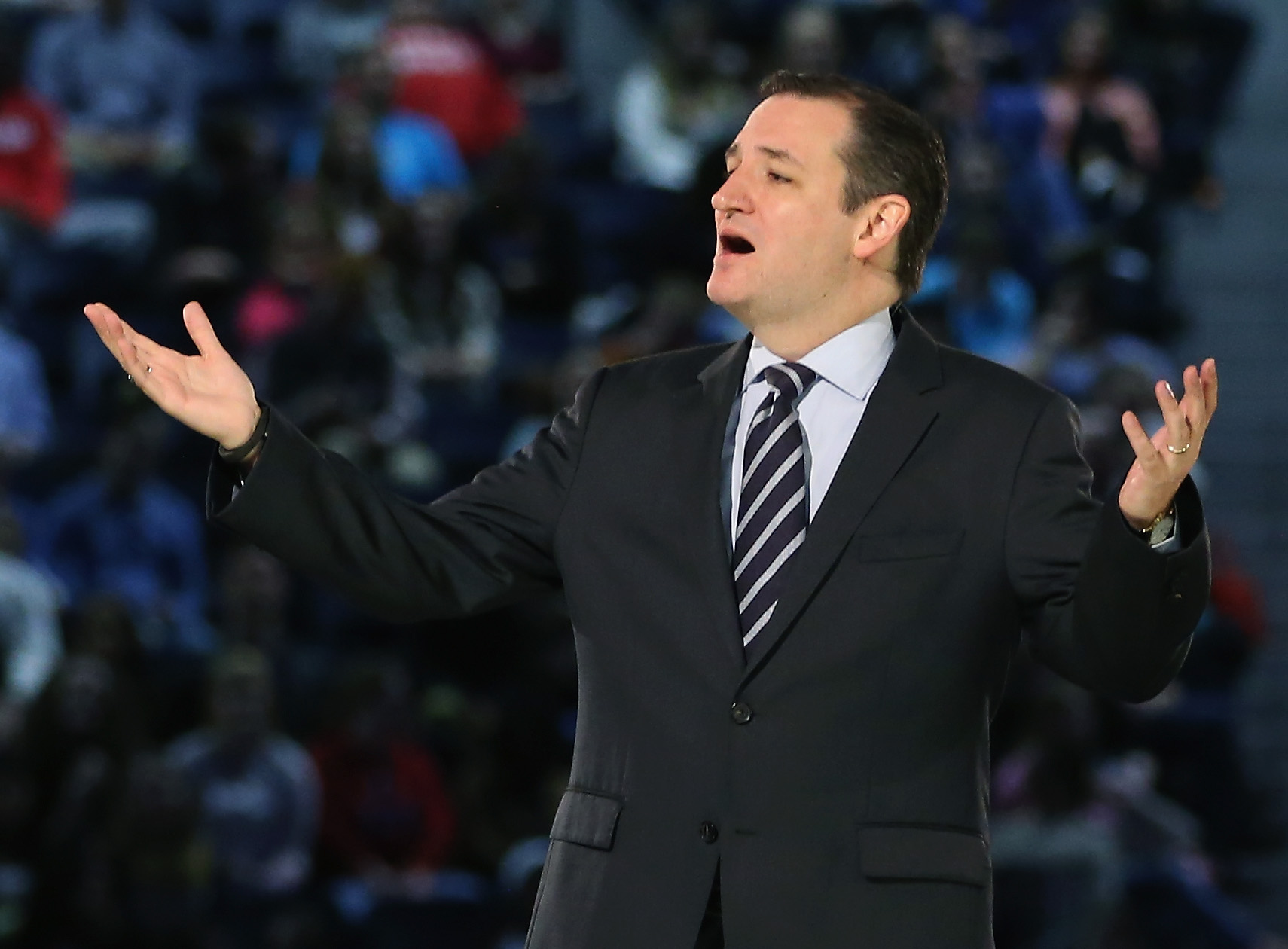 Texas Sen. Ted Cruz kicked off his 2016 presidential bid in March with a fiery appeal to the Republican Party's Christian conservative base during a speech at Liberty University, an evangelical college in Virginia.

"I believe in the power of millions of courageous conservatives rising up to reignite the promise of America," he declared, "and that is why today, I'm announcing that I'm running for president of the United States."

Since then, he's staked out his terrain on the right wing of the GOP primary field, which has swelled to 17 candidates. He's seen success on some fronts. Between his campaign and some friendly outside groups, he raised $52.5 million between April and June this year, a number surpassed only by former Florida Gov. Jeb Bush, an establishment favorite. And he continues to be a favorite of the GOP's activist set, which admires his uncompromising approach to his job on Capitol Hill.

But by some other metrics, Cruz has his work cut out for him. He's in the middle of the pack in national polls (six percent in the latest CBS News survey, placing him in a three-way tie for fifth place.) And early state polls aren't more encouraging: Cruz trails a handful of rivals in Iowa, New Hampshire, and South Carolina.

Still, Cruz's first few months have been strong enough to land him on the primetime stage for the first GOP primary debate on Thursday, which was restricted to only the top 10 candidates, according to a national polling average.

And it's a fair bet he'll manage to impress, in some way: formerly a champion debater from Princeton University and a Harvard Law-educated Supreme Court litigator, Cruz knows his way around a rhetorical competition.

As the GOP primary continues to heat up, here are five things you should know about Ted Cruz

He doesn't speak Spanish fluently, however. He's described his skill with the language as "lousy" and he even refused to debate an opponent in his 2012 Senate race in Spanish.

Still, his presidential campaign has released Spanish-language ads, including one in which he discusses his father's Cuban heritage.

He rode a tea party wave into office

Cruz first landed on the national political scene (and the radar of conservative activists) when he defeated an establishment-backed candidate in the 2012 Republican Senate primary in Texas.

Then-Texas Lt. Gov. David Dewhurst was the clear favorite when he began his campaign for the Senate -- he'd been endorsed by most of the senior GOP figures in the state, including then-Gov. Rick Perry. But Cruz, Dewhurst's primary opponent, successfully tagged the lieutenant governor as a creature of the establishment, a "big-spending" moderate who wasn't in tune with the ascendant tea party.

When Cruz defeated Dewhurst, he became an overnight hero among elements of the GOP base -- a reputation he continues to nurture to this day.

He hasn't always been a GOP team player

During his brief time on Capitol Hill, Cruz has clashed frequently with Republican congressional leaders, urging the GOP rank-and-file to reject compromising with Democrats. It's earned him plaudits from the base, but it hasn't made him the most popular senator in the cloakroom.

In 2013, he successfully rallied conservatives to vote down a funding bill that would have kept the government open because it did not fully de-fund President Obama's health care reform law. The result was a 16-day government shutdown.

And just last month, Cruz was publicly rebuked by several senior GOP senators after he suggested Senate Majority Leader Mitch McConnell lied to him about whether a vote to reauthorize the Export-Import bank had been scheduled.

"The Senate floor has even become a place where senators have singled out colleagues by name to attack them in personal terms, to impugn their character, in blatant disregard for Senate rules," declared Utah Sen. Orrin Hatch, the chamber's president pro tempore. "Such misuses of the Senate floor must not be tolerated."

Cruz responded, "Speaking the truth about actions is entirely consistent with civility."

Beyond his combative style, Cruz has also endeared himself to the GOP grassroots with a reliably conservative approach to governance. On issue after issue, Cruz has thrown his lot in with his party's insurgent wing, all but daring his primary rivals to outflank him on the right.

In his announcement speech alone, Cruz reiterated his commitment to repealing "every word" of Obamacare. He called for "abolishing the IRS" and the establishment of a flat tax that allows Americans to file taxes on a post card. He asked his audience to "imagine a president that finally, finally, finally secures the border." He condemned the federal government for waging an "assault" on religious liberty, and stressed the need to "defend the sanctity of life" and "uphold the sacrament of marriage." He called school choice "the civil rights issue of the next generation," and said he'd like to see the "common core" state education standards abolished.

He was born in Canada, but he can still be president

Cruz, as mentioned before, is the son of a Cuban father and an American mother -- but he was actually born in Canada in 1970. As a result, for the past few years (even up to the day he formalized his run for the presidency) Cruz faced periodic questions about whether his foreign birth would preclude him from running for president.

The Constitution says only "natural-born citizens" can be president, but it does not clearly define the term. Most legal scholars argue that a natural-born citizen is one who does not have to be naturalized -- that is, someone born outside the U.S. who fulfills the requirements in the Immigration and Nationality Act in order to attain U.S. citizenship

Under that definition, Cruz would qualify as a natural-born citizen, and he would thus be eligible to run for president. He was a U.S. citizen at the time of his birth because his mother was born in Delaware.