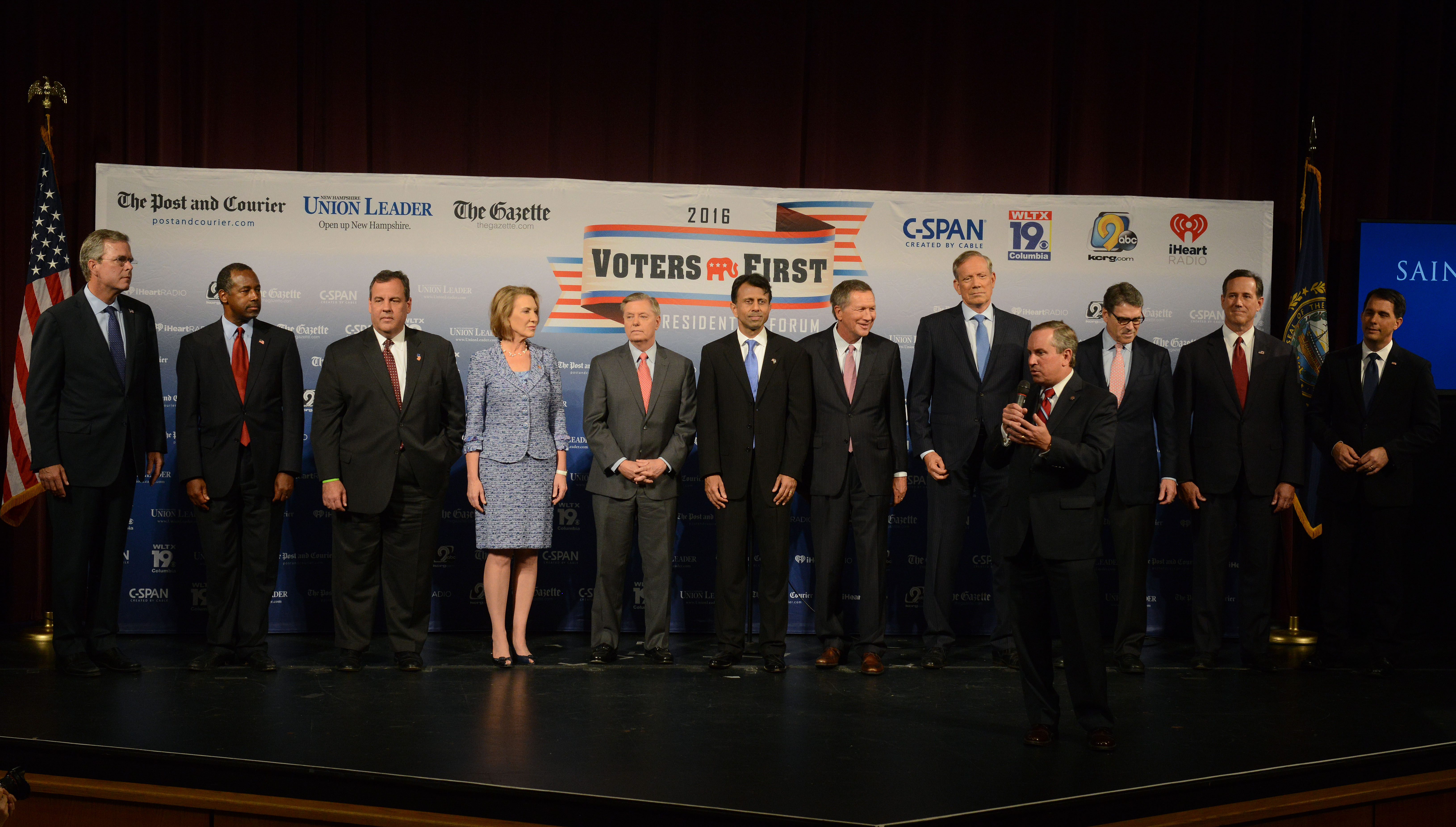 Fox News has determined which Republican presidential candidates will participate in the GOP's first primetime primary debate on Thursday.

The candidates had an obvious incentive to vault themselves into the primetime debate: in such a crowded field, a primetime debate can give contenders a high-profile opportunity to emerge from the pack with a strong performance. The candidates relegated to the earlier forum will have an opportunity to make their case, but the ratings for the primetime event are expected to be far higher.

Fox News made the cut based on an average of five recent national polls of the GOP primary. Included in the average were the latest surveys from Fox News, CBS News, Bloomberg News, Monmouth University, and Quinnipiac University.

The network, its decision desk said in a statement, did not include "the highly-respected NBC/WSJ poll, which is the fifth most recent poll, only because it did not meet our criterion that the poll read the names of each Republican candidate in the vote question."

When the network first announced the debate parameters, network spokespeople emphasized that more than ten candidates could make the cut if there was a tie for tenth place in the polling average.

There was some anxiety about the metrics Fox would use to determine the top contenders. Marist College and McClatchy Newspapers, for example, did not collect national polling numbers for GOP candidates in their most recent survey, because they did not want those numbers being used by Fox to winnow the field.

"It's a bad use of public polls," Marist Institute Polling Director Lee Miringoff told McClatchy. "It asks public polls to have a precision that ignores the margin of error. There's a big distinction made where there's no statistical difference."

In the end, despite the fact that some GOP contenders left out of the primetime debate were within striking distance of the top 10, Fox chose to limit the debate to ten participants exactly.

"Each poll has a different margin of error, and averaging requires a distinct test of statistical significance," explained the network's statement. "Given the over 2400 interviews contained within the five polls, from a purely statistical perspective it is at least 90% likely that the tenth place Kasich is ahead the eleventh place Perry."