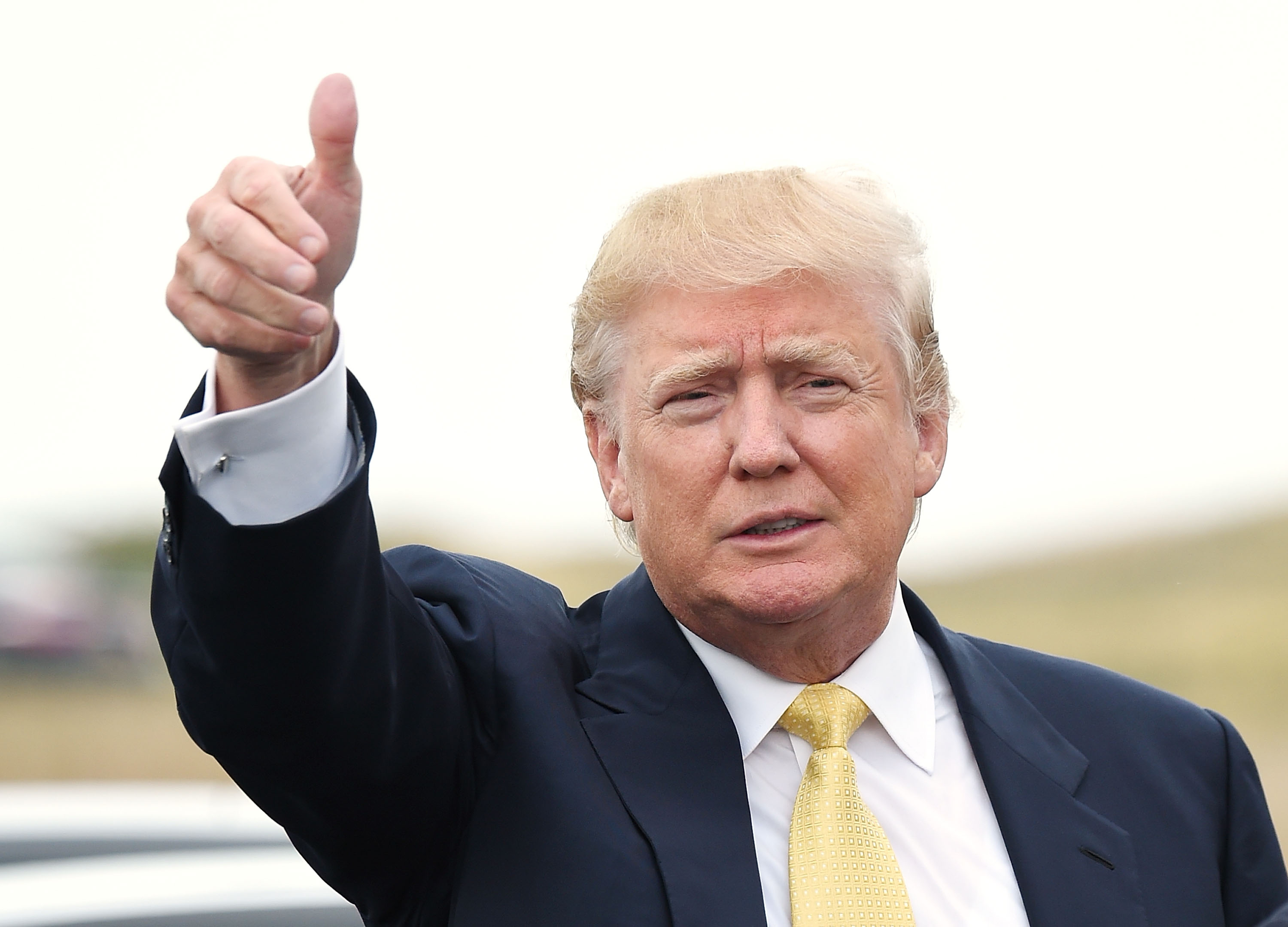 Donald Trump (24 percent) leads a fractured Republican field in the race for the GOP nomination in the latest national CBS News Poll. Behind him are Jeb Bush (13 percent) and Scott Walker (10 percent).

Trump may be the top choice among a quarter of Republican primary voters, but there are other voters who would be less enthusiastic. At 27 percent, he tops the list of candidates Republican voters would be most dissatisfied with as the party's nominee.

Trump, Bush, Walker and Rubio are all viewed more positively than negatively, but Trump has the highest unfavorable ratings. His ratings among registered voters overall are especially negative.

Majorities of Republican primary voters are confident in Trump, Bush, Rubio and Walker to handle key issues. Trump does best on the economy and illegal immigration, while Bush does best on dealing with America's adversaries. Trump and Bush are seen as the candidates most likely to win a general election.

Among Trump supporters, the most popular second choice candidates for the Republican party's nomination are Carson, Bush, Cruz and Rubio.

Trump and Bush are also seen as the most electable in a general election. At this early stage of the campaign, 26 percent say Trump has the best chance of winning in November 2016, and 23 percent pick Bush as having the best chance. Walker comes in third here, with eight percent.

Trump may be the top choice among a quarter of Republican primary voters, but there are other voters who would be less enthusiastic about him as their party's nominee. Trump (27 percent) is the candidate Republicans would be most dissatisfied with as the party's nominee for president, followed by Bush (18 percent) and Christie (10 percent).

Twenty-five percent of voters who would be dissatisfied with Trump as the nominee are backing Bush, followed by Rubio (12 percent), Huckabee (11 percent), and Walker (10 percent).

Republican primary voters (42 percent) are more likely than their Democratic counterparts (25 percent) to be angry at how things are going in Washington, and the poll suggests that Trump has tapped into some of that anger.

Republican primary voters who are angry at Washington are currently supporting Trump (30 percent) for the nomination by a wide margin. The second most popular candidate in this category is Huckabee, with 10 percent.

Views of the Republican Candidates, Issues and Qualities

One of Trump's strengths may be the perception that he says what is on his mind. The poll finds 79 percent of Republican primary voters say Trump says what he believes, rather than what people want to hear - the highest of the GOP contenders asked about. Republican voters are also inclined to say that Rubio and Walker say what they believe (although to a lesser extent than Trump), but they are divided on Bush: 46 percent think he says what he believes, but nearly as many - 44 percent- think he mostly says what people want to hear.

Majorities of Republican primary voters nationwide express confidence in Trump, Bush, Rubio and Walker to make the right decisions on the economy, illegal immigration and dealing with America's adversaries. Seventy-one percent of these voters are confident in Trump on economic decisions, and 65 percent are confident in his ability to make decisions on illegal immigration. Sixty-eight percent of these voters are confident in Bush's ability to deal with America's adversaries. About one in five GOP primary voters don't know enough about Walker to rate him on these issues.

Bush, Rubio, Trump and Walker are all viewed more favorably than unfavorably among Republican primary voters, although Trump has the highest unfavorable rating - 38 percent - among these four candidates. He is also the most known to Republican voters - only 14 percent are undecided or don't know enough about him.

Rubio and Walker have lower unfavorable ratings and they are the least familiar to Republican voters - at this early stage in the campaign, many are undecided or haven't heard enough about each to have an opinion.

Most Republican voters' views of Trump haven't changed in the last month, but more say their opinions of him have become better (23 percent), than say worse (12 percent). However, the reverse is true among registered voters: they are more likely to say their views of Trump have worsened.

Still, among registered voters overall, both Trump and Bush are viewed more negatively than positively. Thirty percent view Bush favorably, and 40 percent do not view him favorably, and twenty-seven percent of registered voters hold a favorable view of Trump, while 59 percent hold an unfavorable view of him. Opinions on Rubio and Walker are split.

Trump's wealth could be a positive when it comes to money and politics. Voters nationwide are more inclined to prefer a candidate who uses their own personal wealth to fund their campaign (28 percent), rather than one who raises money through donations (13 percent). Views are similar across party lines. Still, for a majority of voters - 56 percent - it doesn't matter if a candidate uses their own money or donors' money to fund their campaigns.

This poll was conducted by telephone July 29-August 2, 2015 among a random sample of 1,252 adults nationwide, including 1047 registered voters. Data collection was conducted on behalf of CBS News by SSRS of Media, PA. Phone numbers were dialed from samples of both standard land-line and cell phones. The error due to sampling for results based on the entire sample could be plus or minus three percentage points. The error for subgroups may be higher. Interviews were conducted in English and Spanish. The margin of error for the sample of 408 Republican primary voters is 5 percentage points.