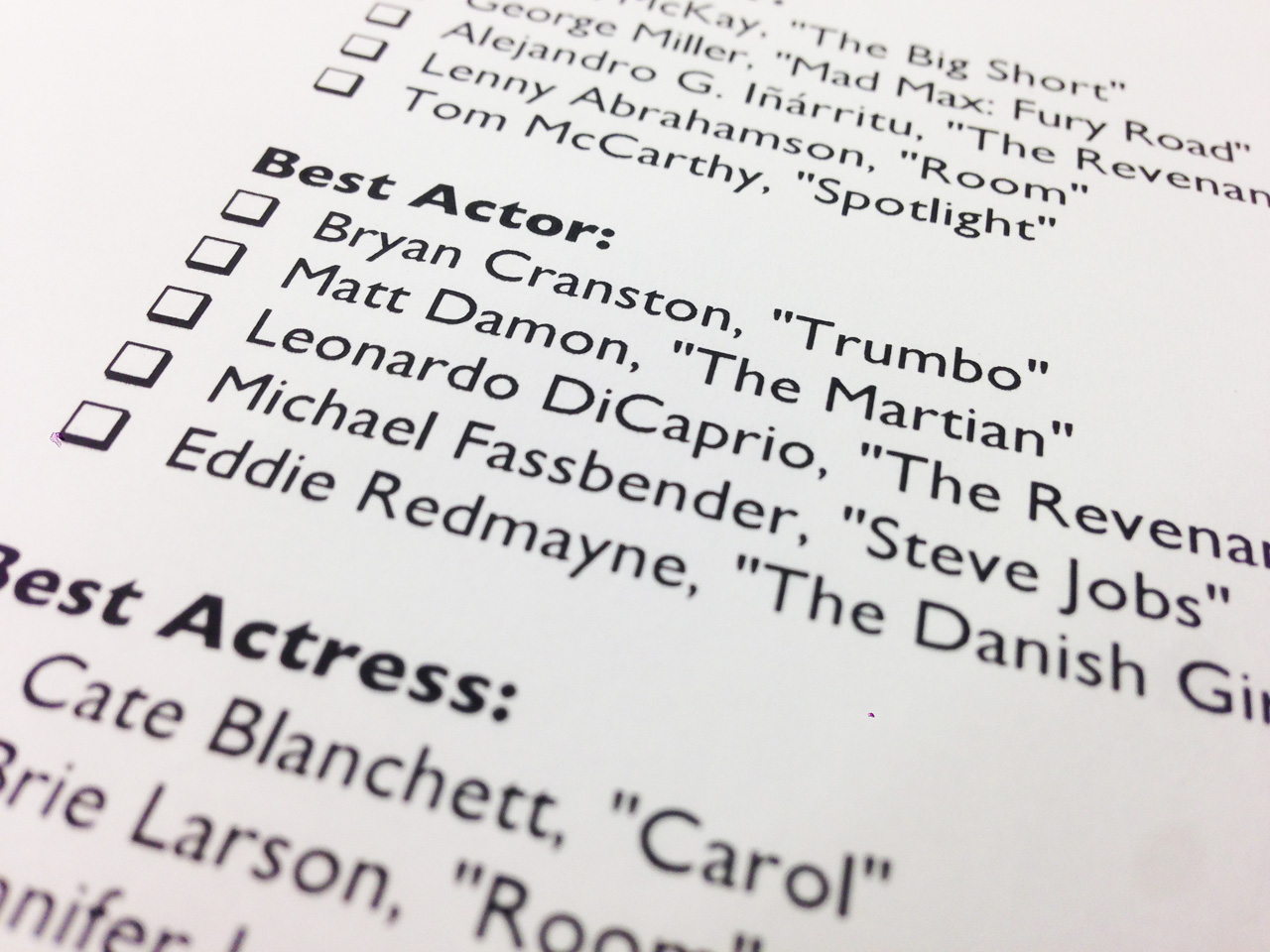 "The Revenant" leads in Oscar nominations with 12, followed by "Mad Max: Fury Road" with 10. Both are nominated for Best Picture, along with "The Big Short," "Bridge of Spies," "Brooklyn," "The Martian," "Room" and "Spotlight."

Winners of this year's Oscars will be announced on Sunday, February 28, 2016, at the Dolby Theatre at Hollywood & Highland Center in Hollywood. The show will be hosted by Chris Rock.

A complete list of nominations can also be found below, along with links to CBS News interviews and reviews.

Best Animated Feature Film:
"Anomalisa"
"Boy and the World"
"Inside Out"
"Shaun the Sheep Movie"
"When Marnie Was There"

Best Original Song:
"Earned It" (from "Fifty Shades of Grey"), Abel Tesfaye, Ahmad Balshe, Jason Daheala Quenneville and Stephan Moccio
"Manta Ray" (from "Racing Extinction"), J. Ralph and Lyric by Antony Hegarty
"Simple Song #3" (from "Youth"), David Lang
"Til It Happens To You" (from "The Hunting Ground"), Diane Warren and Lady Gaga
"Writing's On The Wall" (from "Spectre"), Jimmy Napes and Sam Smith