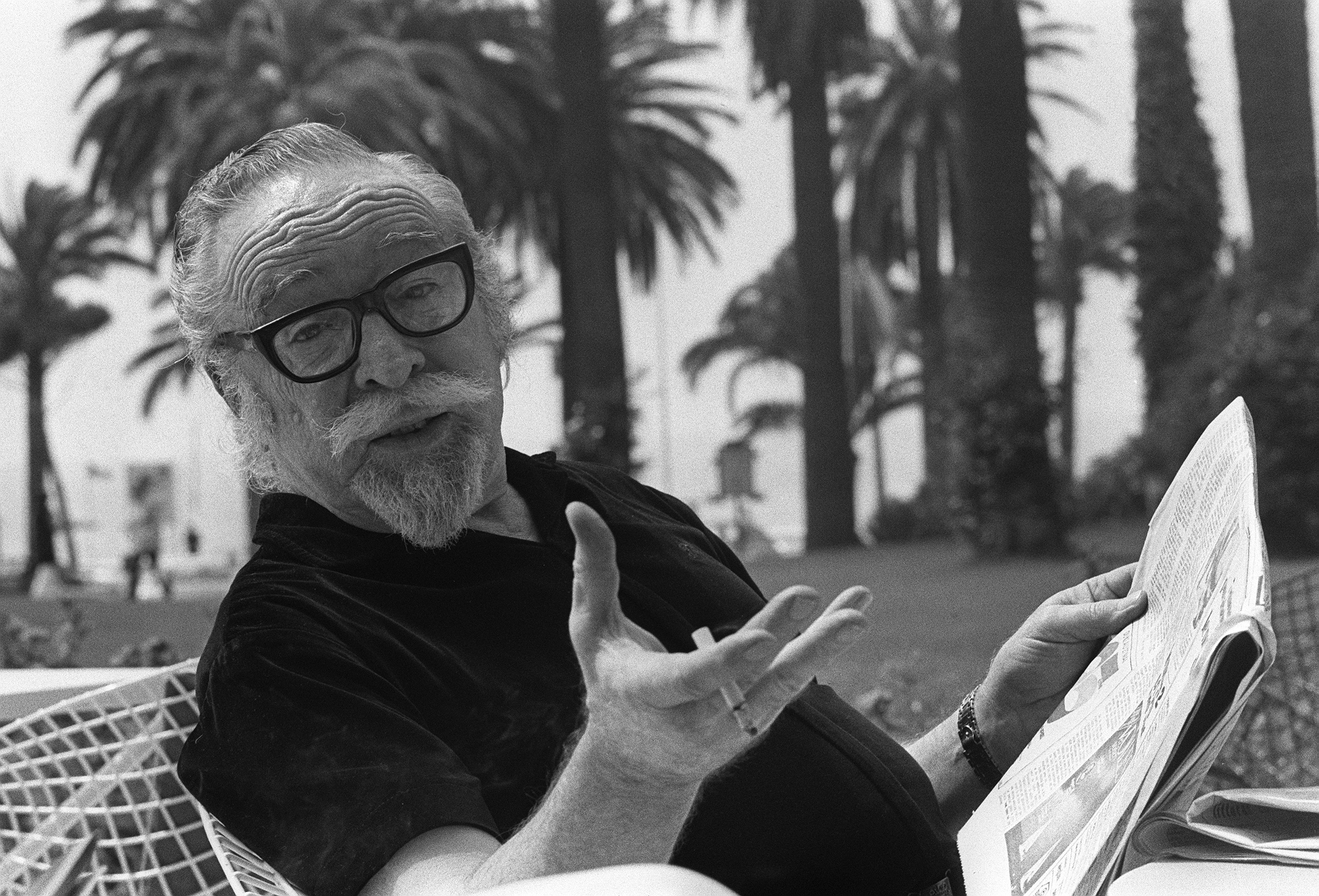 NEW YORK -- The subpoena came like a death sentence.

Dalton Trumbo, the famed Hollywood screenwriter, knew what it meant when he was officially summoned to appear before the House Un-American Activities Committee in 1947. He knew they would pry into his political beliefs and slander him as a Soviet operative. And he knew that he would refuse their invasion, protest their witch hunt and be jailed for doing so.

After the subpoena, came a race to prepare for the coming storm: sell his family's house, finish what work he could and, as he said, "get ready to be a nobody."

Once erased from movies, Trumbo's name is back in theaters - and this time, it's not below the title but right in it. "Trumbo," starring Bryan Cranston, resurrects the darkest chapter in Hollywood history - the blacklist - and celebrates one of the men the movie industry once tragically shunned.

"To watch it turn around, to watch him go from villain to hero, is fascinating," says Mitzi Trumbo, the 70-year-old daughter of the screenwriter.

During the decade-long blacklist, studios refused to hire any of the so-called Hollywood Ten - those who, like Trumbo, refused to cooperate with the HUAC, which was acting in the grip of Cold War paranoia.

The period - "a time of evil," Trumbo called it - has occasionally been the backdrop for movies, most notably Sydney Pollack's "The Way We Were" and Martin Ritt's "The Front." But "Trumbo," which opens Friday, is the first major release to tell the story through its actual people.

Screenwriter John McNamara believes it's long overdue. "This is the only important story Hollywood has to tell about itself," he says.

McNamara's first encounter with the blacklist was decades ago as a student at New York University. When he told screenwriter professor Ian McLellan Hunter that he liked his 1953 romantic comedy "Roman Holiday," Hunter responded: "I didn't write that movie. My friend Dalton Trumbo did."

Trumbo, who also wrote the novel "Johnny Got His Gun," was one of Hollywood's top screenwriters for years, with credits including "Thirty Seconds Over Tokyo" and "Five Came Back." In the lean years he was blacklisted, Trumbo secretly wrote under pseudonyms and fronts. Both his "Roman Holiday" and "The Brave One" won Oscars without his name on it.

The blacklist began to break when director Otto Preminger announced he would credit Trumbo for 1960's "Exodus." Kirk Douglas did the same for that year's "Spartacus," which President John F. Kennedy crossed picket lines to see.

"It's a repressed memory of Hollywood," says director Jay Roach ("Meet the Parents," ''Recall"). "It's almost like it's so ugly the way it went down, people might in a way prefer not to be reminded. It's not a story that gets told a lot around here."

But none was more of an iconoclast than Trumbo, a loquacious, cigarette-smoking scribe who often typed in the bathtub. Daughter Nikola Trumbo, 76, recalls life around him as in "technicolor." Stubbornly principled, Trumbo's immaculate speech could be biting. "He could destroy someone in 12 words," says Mitzi Trumbo.

McNamara relished digging through Trumbo's writing and correspondence. 'There's a letter he writes to his contractor and the first line is 'Dear burglars,'" says McNamara. "He made disobedience an art form."

Snappy and chatty, "Trumbo" owes much of its tone to its main character, who died in 1976.

"He's very serious and sometimes almost zealous or strident," says Roach. "But he was a good enough showman or communicator that he knew to add in humor or wit or irony to almost undercut his own seriousness."

Nikola and Mitzi Trumbo had more reason than anyone to distrust a Hollywood production of their father. "We grew up not comfortable talking about anything to anybody," says Mitzi Trumbo. The sisters were insistent on some changes, like giving Preminger the credit that's often gone solely to Douglas.

"I was a thorn in their side with this screenplay for the longest time, as poor John will tell you," says Mitzi Trumbo. "But I ultimately felt they were very sincere in wanting to get the correct story."

McNamara, Roach and Cranston met at length with the Trumbo daughters. Collectively, they view the lessons of the blacklist as hugely relevant - that the politics of fear and the circus of politically motivated congressional committees remain very much in use today.

"There are periods of time when fear takes over, the last time being these last 14 years," says Cranston. "And the First Amendment is often pushed aside, and actions motivated by fear take over. And I think that's wrong."

For the Trumbos, the movie is a kind of public confirmation. Says Nikola Trumbo: "I always thought that my father was a hero."