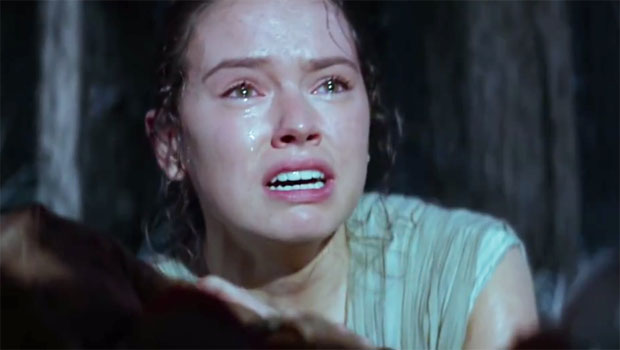 And it wasn't alone among the films snubbed by the Academy for the most prestigious Oscar category: "Beasts of No Nation," "Carol," "Creed," "The Danish Girl," "Ex Machina," "The Hateful Eight," "Inside Out," "Steve Jobs," "Straight Outta Compton," and "Trumbo" were also left out of the running for Best Picture.

Ridley Scott, a Directors Guild nominee whose film, "The Martian," is up for seven Oscars, was not nominated for Best Director. Nor was Steven Spielberg ("Bridge of Spies") or Todd Haynes ("Carol").

In a strong year for actresses, several compelling performances failed to make the cut, in the lead or supporting categories, including Joan Allen in "Room"; Emily Blunt in "Sicario"; Maggie Smith in "The Lady in the Van"; Elizabeth Banks in "Love & Mercy"; Kristen Stewart in "Clouds of Sils Maria"; Marion Cotillard in "Macbeth"; and Helen Mirren in "Trumbo."

With Christian Bale representing the ensemble of "The Big Short," Steve Carell was not nominated. Neither was Paul Dano in "Love & Mercy"; Johnny Depp as mobster Whitey Bulger in "Black Mass"; Jake Gyllenhaal and Michael B. Jordan as boxers in, respectively, "Southpaw" and "Creed"; two-time Oscar-winner Tom Hanks in "Bridge of Spies"; Samuel L. Jackson and Kurt Russell as bounty hunters in "The Hateful Eight"; Geza Rohrig as a Jewish concentration camp inmate in "Son of Saul"; Michael Shannon and Andrew Garfield in "99 Homes"; Michael Keaton in "Spotlight"; Benicio del Toro in "Sicario"; Paul Giamatti in either "Love & Mercy" or "Straight Outta Compton"; Jason Segel as writer David Foster Wallace in "The End of the Tour"; Oscar Isaac in "Ex Machina"; and Jason Tremblay as a child raised in captivity in "Room."

One thing noticeable among all the nominees, however: last year's Twitter hashtag of #oscarsowhite may be trending yet again this year, with the absence of Idris Elba, as an African warlord leading an army of child soldiers in "Beasts of No Nation," Will Smith for "Concussion," or the film "Straight Outta Compton" (which only managed a single nomination, for Best Original Screenplay).

Quentin Tarantino missed out on nominations in both directing and writing categories for his 70mm western, "The Hateful Eight." Screenwriter Aaron Sorkin, who won the Golden Globe for "Steve Jobs," isn't in the running here.

Notable technical achievements that failed to be nominated include: the 3-D visual effects recreating Philippe Petit's high-wire walk between the Twin Towers in "The Walk"; the production design of the period romances "Brooklyn" and "Carol"; the editing of "Creed" and "Steve Jobs"; the haunting sound mix of "Son of Saul"; and the music-enriched sound design of the Beach Boys biopic, "Love & Mercy."

Winners of this year's Oscars will be announced on Sunday, February 28, at the Dolby Theatre at Hollywood & Highland Center in Hollywood. The show will be hosted by comedian Chris Rock.