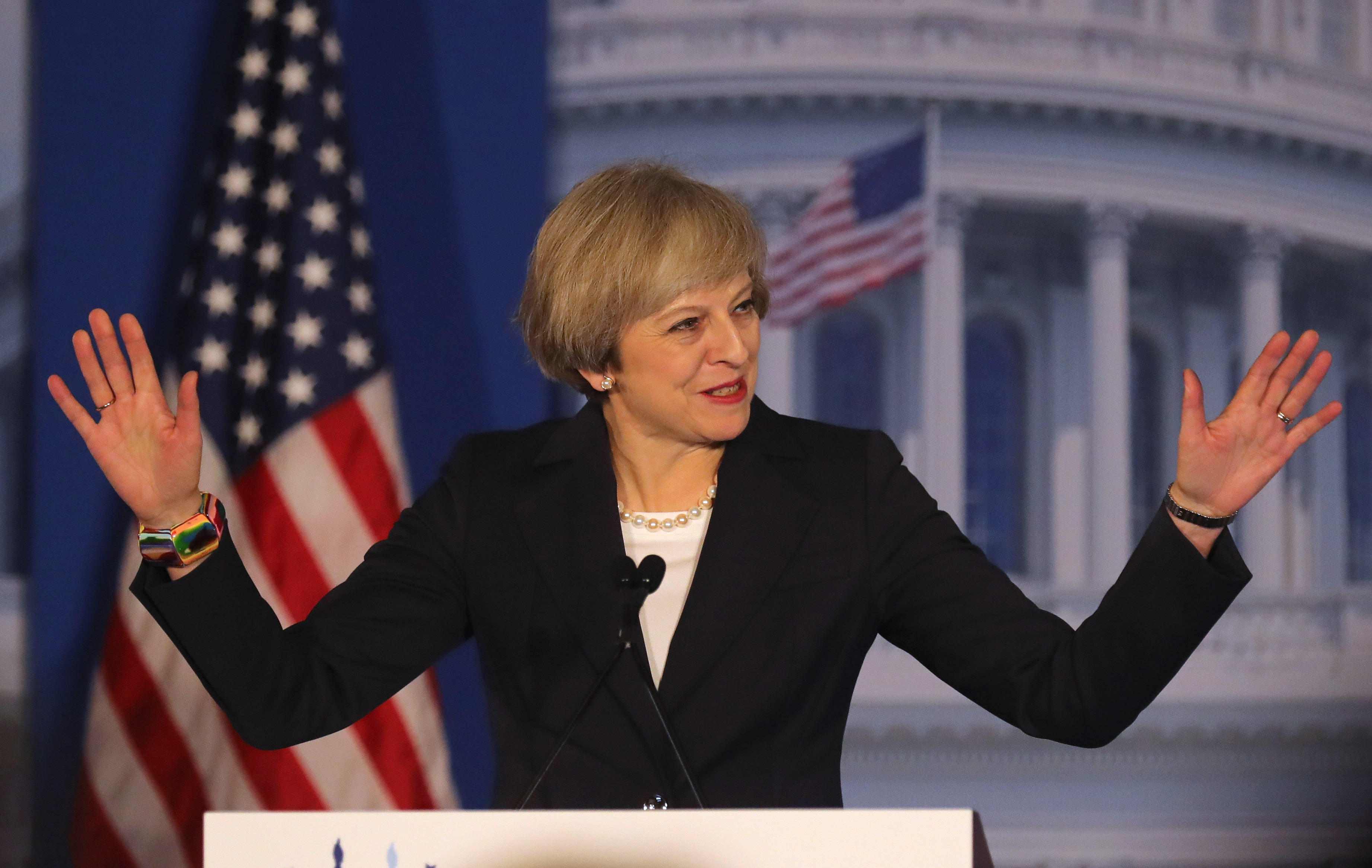 WASHINGTON -- President Trump is set to meet his first world leader since taking office -- British Prime Minister Theresa May, a friendly ally who hopes to nudge the populist president toward the political mainstream.

The visit Friday comes a day after Mexican President Enrique Pena Nieto called off his own trip to Washington, planned for next week, amid wrangling over who will pay for Mr. Trump’s planned wall along the U.S.-Mexico border. Mr. Trump’s spokesman said the president would seek a 20 percent tax on Mexican imports to pay for the barrier, then later clarified that such a tax was just part of a “buffet of options” to pay for the wall

May’s meeting with the president in the Oval Office is being hailed by the British government as a sign that the trans-Atlantic “special relationship” is valued by the new administration.

The White House said late Thursday that May and Trump would hold talks, followed by a press conference and a working lunch -- in a statement that misspelled the prime minister’s first name as Teresa. It was later corrected.

May’s visit, so soon after Mr. Trump’s inauguration, has been criticized by her political opponents, and risks being overshadowed by the flood of announcements, plans and proposals coming out of the White House.

On Thursday May was repeatedly asked about Britain’s stance on torture -- the U.K. condemns it -- after Mr. Trump said he thinks torturing terrorism suspects works.

Mr. Trump is something of a mystery to world leaders, many of whom expected Democrat Hillary Clinton to win the election.

His administration’s main interlocutors with foreign governments so far -- including son-in-law Jared Kushner and senior adviser Steve Bannon, a conservative media executive -- are also unknown to many of their counterparts.

So May is a bit of a scouting party -- or guinea pig -- among global politicians.

She has strong reasons for wanting the relationship to work. Britain is set to leave the European Union, or “Brexit,” and its 500 million-person single market. A trade deal with the U.S., Britain’s biggest export market, is a major prize.

Mr. Trump has drawn parallels between Britain’s choice to leave the EU and his own success, using the Brexit vote to bolster his derision of the 28-nation bloc and his preference for striking bilateral agreements.

That puts May in an awkward spot. She wants a good relationship with Mr. Trump, but does not share his disdain for the EU, saying it’s in Britain’s interests that it succeed.

Mr. Trump and May both addressed a Republican retreat Thursday in Philadelphia, though their visits did not overlap. During his remarks to lawmakers, Mr. Trump bemoaned the fact that Wilbur Ross, his nominee to be commerce secretary, would not be confirmed in time for a visit that was expected to focus heavily on trade.

“I don’t have my commerce secretary. They want to talk trade,” Mr. Trump said, adding with a smile: “So I’ll have to handle it myself.”

May’s speech alternated between saluting Mr. Trump’s vision for what she called American “renewal” and reminding him, and his Republican colleagues, of the United States’ global responsibilities.

May urged the U.S. to join Britain and embrace “the responsibility of leadership in the modern world.” She mentioned the trans-Atlantic alliance during World War II and afterward, when the U.K. and the U.S. set up the United Nations and NATO - organizations that Mr. Trump has strongly criticized.

She joined in Mr. Trump’s criticism of previous U.S. governments’ foreign policy, saying that “the days of Britain and America intervening in sovereign countries in an attempt to remake the world in our own image are over.”

But May also said Britain supported a strong European Union and considered NATO the bulwark of global security.

May praised Mr. Trump’s dedication to fighting the Islamic State of Iraq and Syria (ISIS) and Islamic extremism in general, but she stressed -- as President Trump’s administration pushes for new U.S. entry restrictions on people from certain Muslim-majority nations -- the need not to tarnish “the peaceful religion of Islam and the hundreds of millions of its adherents.”

May acknowledged the need to engage with Russia to end the war in Syria, yet cautioned that the West’s approach to President Vladimir Putin should be “engage but beware.”

There are few obvious similarities between the brash American businessman and the quiet, diligent May.

In her speech, May referred several times to Republican President Ronald Reagan and Conservative Prime Minister Margaret Thatcher -- politicians from very different backgrounds who forged an alliance that helped transform their parties, and the world.

And, she said aboard her plane, “sometimes opposites attract.”