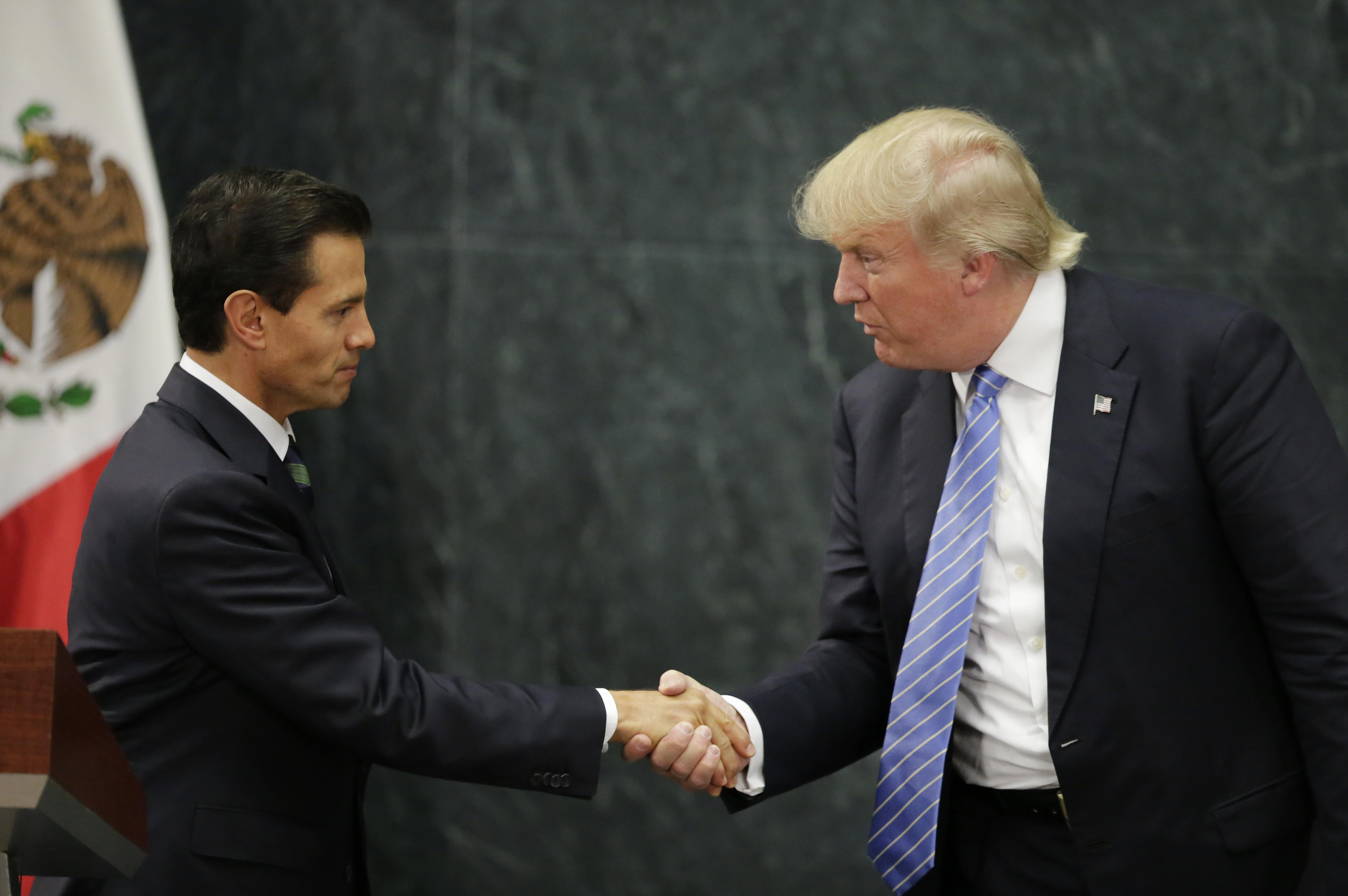 Mexican President Enrique Peña Nieto announced Thursday morning that he has canceled his trip to Washington to meet with President Donald Trump less than a day after Mr. Trump ordered the construction of the U.S.-Mexico border wall.

“This morning we informed the White House that I will not attend the meeting scheduled for next Tuesday” with Mr. Trump, Peña Nieto tweeted (in Spanish):

Peña Nieto said he regrets Mr. Trump’s decision to build the border wall and insisted yet again that Mexico will not pay for it.

“I have said time and time again, Mexico will not pay for any wall,” he said.

Even Wednesday night, Peña Nieto did not rule out the possibility of canceling his Washington visit, which was scheduled for next week.

“Based on the final report from the Mexican officials who are in Washington right now...I will make decisions about what to do next,” Peña Nieto said in a speech Wednesday.

On Thursday morning, Mr. Trump took to Twitter to criticize Mexico, calling the North American Free Trade Agreement (NAFTA) a “one-sided deal” and threatening to cancel the meeting himself.

“If Mexico is unwilling to pay for the badly needed wall, then it would be better to cancel the upcoming meeting,” he tweeted.

Asked about the canceled visit Thursday, White House press secretary Sean Spicer told reporters, “We’ll look for a date to schedule something in the future. We will keep the lines of communication open.”