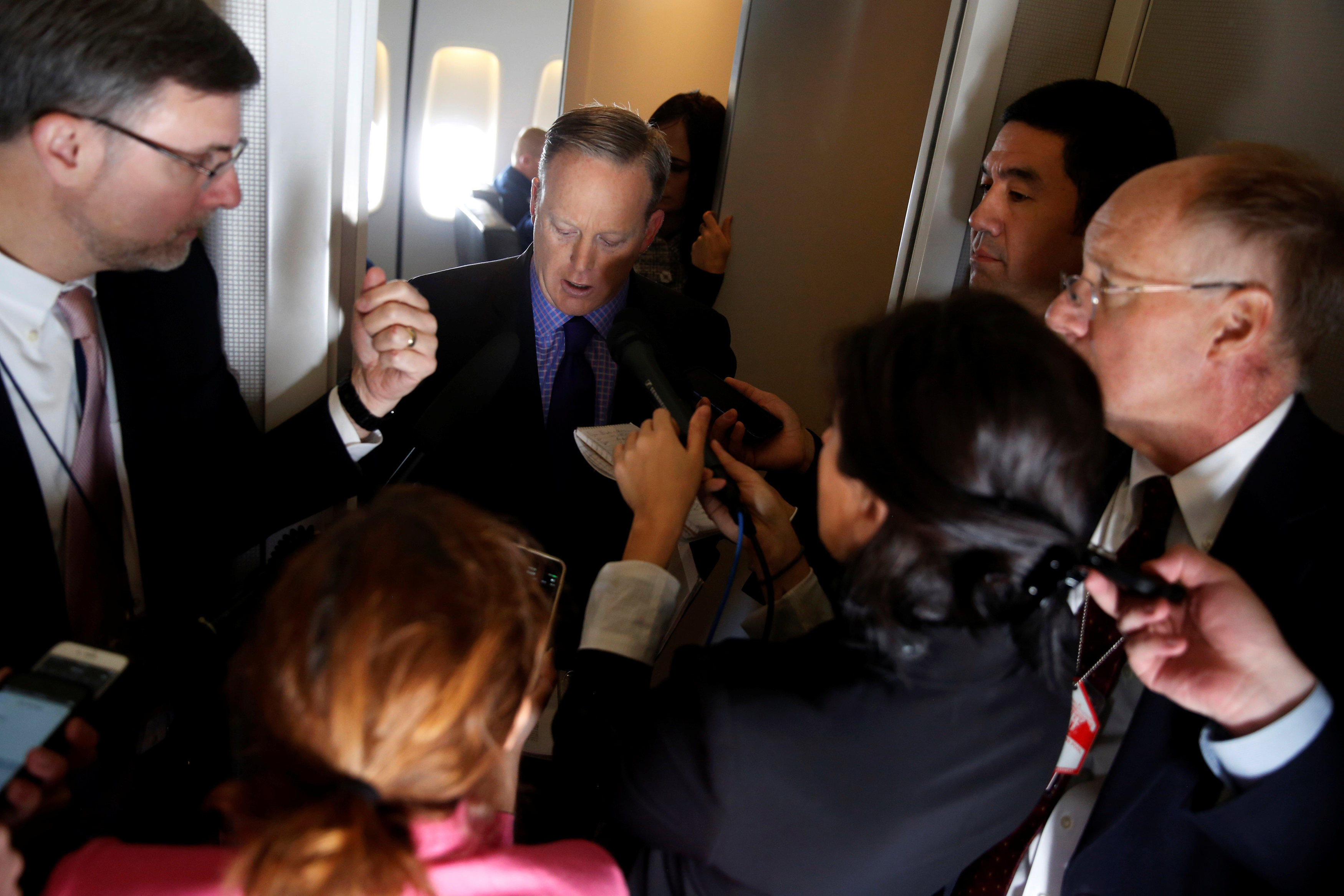 White House spokesman Sean Spicer said Thursday President Trump is proposing a 20 percent tax on imports, particularly on products and services from Mexico, so that revenues could be used to pay for the construction of Mr. Trump’s proposed wall along the U.S. southern border.

Spicer told reporters Thursday that the administration is considering “using comprehensive tax reform as a means to tax imports from countries that we have a trade deficit from, like Mexico.” The proposal is meant to raise the billions of dollars from Mexico needed to cover the cost of the border wall, a promise Mr. Trump has made since his days on the campaign trail.

“Right now our country’s policy is to tax exports and let imports flow freely in, which is ridiculous,” Spicer said. But “if you tax that $50 billion at 20 percent of imports -- which is by the way a practice that 160 other countries do...By doing that, we can do $10 billion a year and easily pay for the wall just through that mechanism alone. That’s really going to provide the funding.”

While Mr. Trump has publicly said he had already figured out how to pay for the wall, Spicer said he’s now willing to work with Congress to find a way to do it. That includes making it a part of comprehensive tax reform like that being proposed by House Speaker Paul Ryan. White House officials said the proposed border tax would essentially be a way to derive payment from Mexico.

When pressed as to whether this now meant that the Mexican government would not have to write a check to the U.S. to repay it for construction of the wall, Spicer stipulated that the president had never said that was going to happen. He made the point that there were multiple ways for Mexico – either via its corporations or other entities – to help fund the construction.

The border adjustment act that Ryan has proposed would include a tax on goods produced outside the country for sale inside the U.S. In short it would incentivize corporations to produce their goods in the U.S. and sell them here instead of seeking a cheaper labor source outside the country.  Ryan’s argument is that the corporate tax rate would be lowered to offset that increase in cost of doing business. He also argues that it would strengthen the dollar.

In 2015, the U.S. suffered a $58.4 billion trade deficit with Mexico, its third largest trading partner.

According to the U.S. Trade Representative, the top items exported by Mexico to the U.S. in 2015 were vehicles ($74 billion), electrical machinery ($63 billion) and machinery ($49 billion).

It’s unclear, however, who would bear the brunt of an import tax on Mexican goods. For instance, any border tax hike could potentially be passed on to American consumers. Sen. Lindsey Graham, R-S.C., was quick to point out that the U.S. isn’t the only country that can impose an import tax.

On Wednesday, the president signed an executive order to begin “the immediate construction of a physical wall on the southern border.”