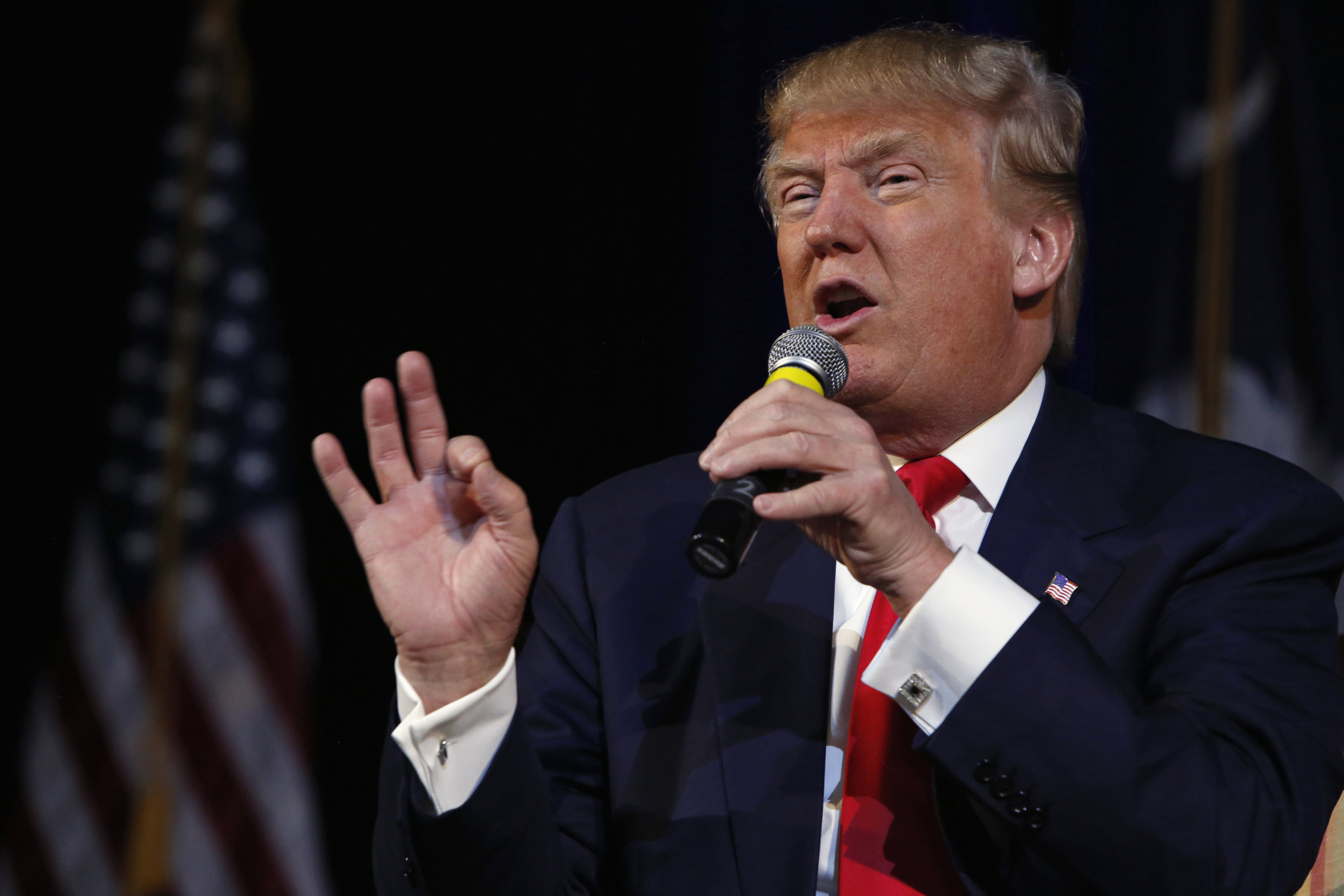 GOP frontrunner Donald Trump explicitly supported torture at a Wednesday morning event at a retirement community in Bluffton, South Carolina. It was the harshest language he has used when it comes to torture and it comes in the midst of debate as to whether waterboarding is appropriate.

During a question and answer session moderated by South Carolina State Rep. Bill Herbkersman, Trump was asked whether he would approve of waterboarding.

"Absolutely," Trump said, as he has said before. But there was more.

"I said I'll approve it immediately, but I'll make it also much worse. They said what do you mean," Trump said, referring to an ABC News debate in February.

Article 3 of the Geneva Conventions, which nearly every country in the world has ratified, bans torture. Supporters of waterboarding have justified it by saying that it did not constitute torture, and Trump fully embraced its definition.

"Waterboarding is your minor form," Trump said. "Some people say it's not actually torture. Let's assume it is. But they asked me the question. What do you think of waterboarding? Absolutely fine. But we should go much stronger than waterboarding. That's the way I feel."

While Trump has endorsed waterboarding before, he hasn't explicitly supported torture in this way. This month, ABC news anchor George Stephanopoulos asked Trump if he would authorize torture.

"I would absolutely authorize something beyond waterboarding," Trump said. "And believe me, it will be effective. If we need information, George, you have our enemy cutting heads off of Christians and plenty of others, by the hundreds, by the thousands."

When Stephanopoulos pushed back and said, "So we're going to chop off heads," Trump responded "We're going to do things beyond waterboarding perhaps, if that happens to come."

It was another example of rhetorical bombast that has landed Trump in hot water with many of his presidential campaign opponents, on both sides of the aisle. But for his supporters, its that same bombast that has them turning out by the thousands.

"I do like Trump," said 83-year-old Sherrill Casner, who attended the Bluffton event. "I think he's the only one who's really speaking out and means what he says."

Trump also had plenty to say about South Carolina Sen. Lindsey Graham, who dropped out of the presidential race in December. At this exact same venue over the summer, in Bluffton, Trump made waves by giving out Graham's phone number, drawing laughter and shock from the audience. Earlier in the day, Graham, who has now endorsed former Florida Gov. Jeb Bush, was on Fox News and was highly critical of Trump.

Trump responded in kind. He went on a rant, calling Graham "one of the dumbest human beings I've ever seen" and later said, "I could push him over with a little thimble. Boom!"

He also directed more fire at the Republican establishment - this time, House Speaker Paul Ryan, R-Wisconsin, who might be his partner in legislating should he reach the White House. Trump criticized 2012 Republican nominee Mitt Romney for picking Ryan as a vice presidential candidate in response to a question about how a Trump administration would keep Social Security solvent.

"Every single other candidate is going to cut the hell out of your Social Security," Trump said. "Remember the wheelchair being pushed over the cliff when you had Ryan chosen as your - as your vice president. That was the end of that campaign by the way - when they chose Ryan and I like him. He's a nice person. But that was the end of the campaign. I said you gotta be kidding. Because he represented cutting entitlements, etc. etc. The only one that's not gonna cut is me."

This was the first of three campaign events for Trump on Wednesday, who holds a massive leads in polls of likely South Carolina Republican voters. On Tuesday, a new CNN/ORC poll showed Trump at 38 percent, more than Tex Sen. Ted Cruz (22 percent) and Florida Sen. Marco Rubio (14 percent) combined.