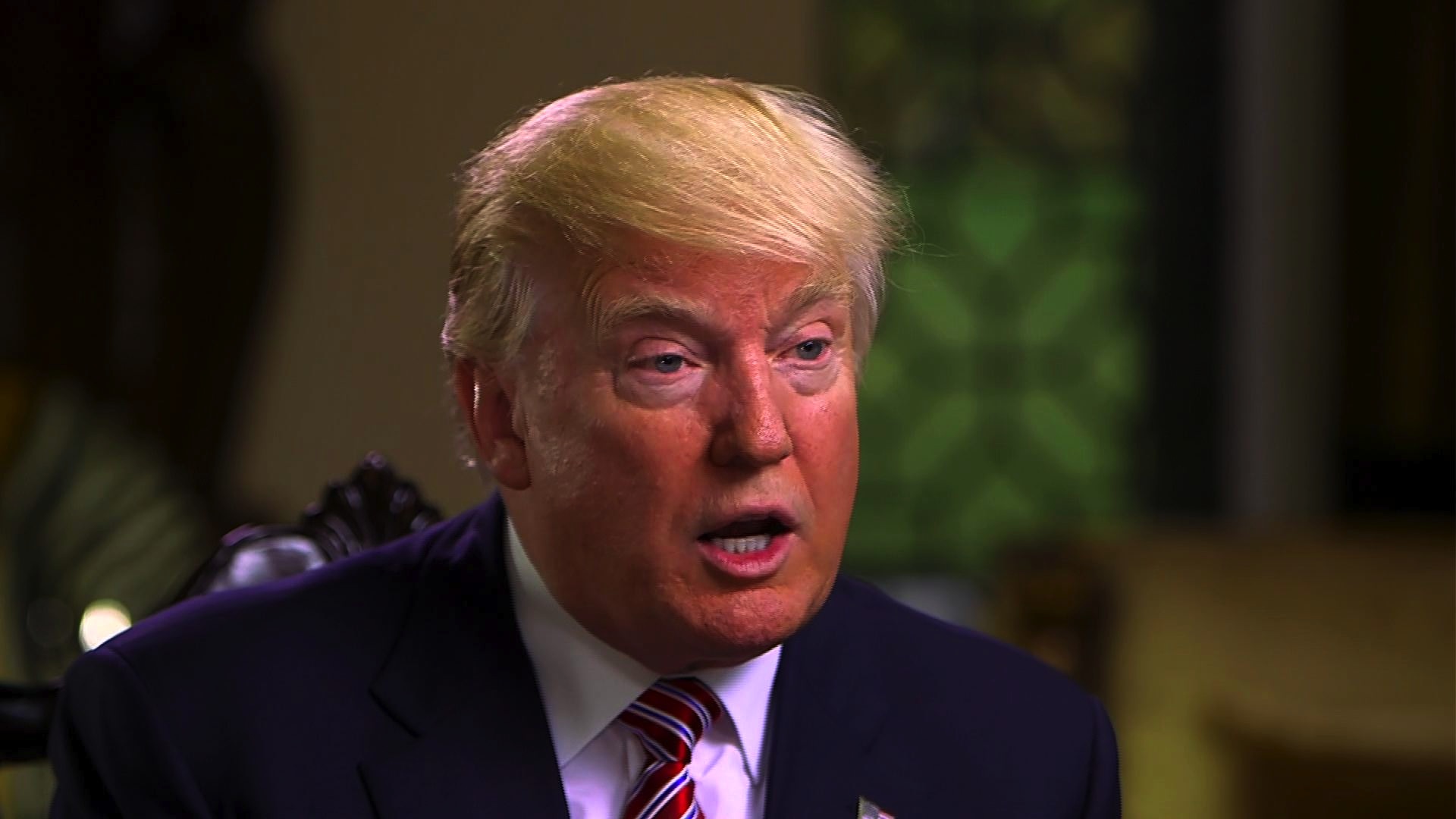 Presumptive Republican presidential nominee Donald Trump is not backing down from his assertion that Hillary Clinton should go to jail for using a private email server as secretary of state.

"I have spoken to and I've watched and I've read many, many lawyers on the subject, you know, so-called neutral lawyers," Trump told "Face the Nation" moderator John Dickerson in an interview taped for Sunday's broadcast. "Every one of them, without a doubt, said that what she did is far worse than what other people did, like General Petraeus, who essentially got a two-year jail term."

The FBI is currently investigating whether any classified information was transmitted through Clinton's email server, which was housed in the basement of her New York home, and whether there may have been any security breach that threatened the privacy of that information. Some Republicans have compared the situation with that faced by former Gen. David Petraeus, who pled guilty last year to distributing classified information to a woman with whom he was having an affair.

Contrary to what Trump said, however, Petraeus did not receive a two-year jail term - he was sentenced to two years of probation and ordered to pay a hefty fine.

"General Petraeus and others had been treated, I mean, their lives have been in a sense destroyed," Trump said Friday. "She keeps campaigning. I mean, what she did is a criminal situation. She wasn't supposed to do that with the server and the emails and all of the other. Now, I rely on the lawyers. These are good lawyers. These are professional lawyers. These are lawyers that know what they're talking about and know -- are very well-versed on what she did. They say she's guilty as hell."

Dickerson asked Trump whether he'd direct his attorney general to look into the matter, if he wins the presidency and the current probe into Clinton's server concludes with no indictment.

Trump, as president, would have the ability to ask the Department of Justice to reconsider the findings of a previous FBI investigation and bring charges if officials decide charges are warranted. He would not be able to order a new criminal investigation into an individual, however, nor would he be permitted to dictate the result of any inquiry pursued by the Department of Justice.

Pressed on what, exactly, he believes Clinton is guilty of, Trump responded vaguely, "She's guilty of the server, she's guilty of - you look at confidential information, I mean, all of the information that probably has gotten out all over the world, and then you know what else she's also guilty of? Stupidity and bad judgment."

"But what gets here to jail, though? What's the difference between rhetoric and law?" Dickerson asked.

Trump used the issue to raise a broader critique of Clinton's judgment, suggesting her missteps on the email server should raise doubts about her ability to be an effective commander-in-chief in a world of rapidly advancing technology and cyber warfare.

For more of our interview with Trump, tune into "Face the Nation" on Sunday. Check your local listings for airtimes.