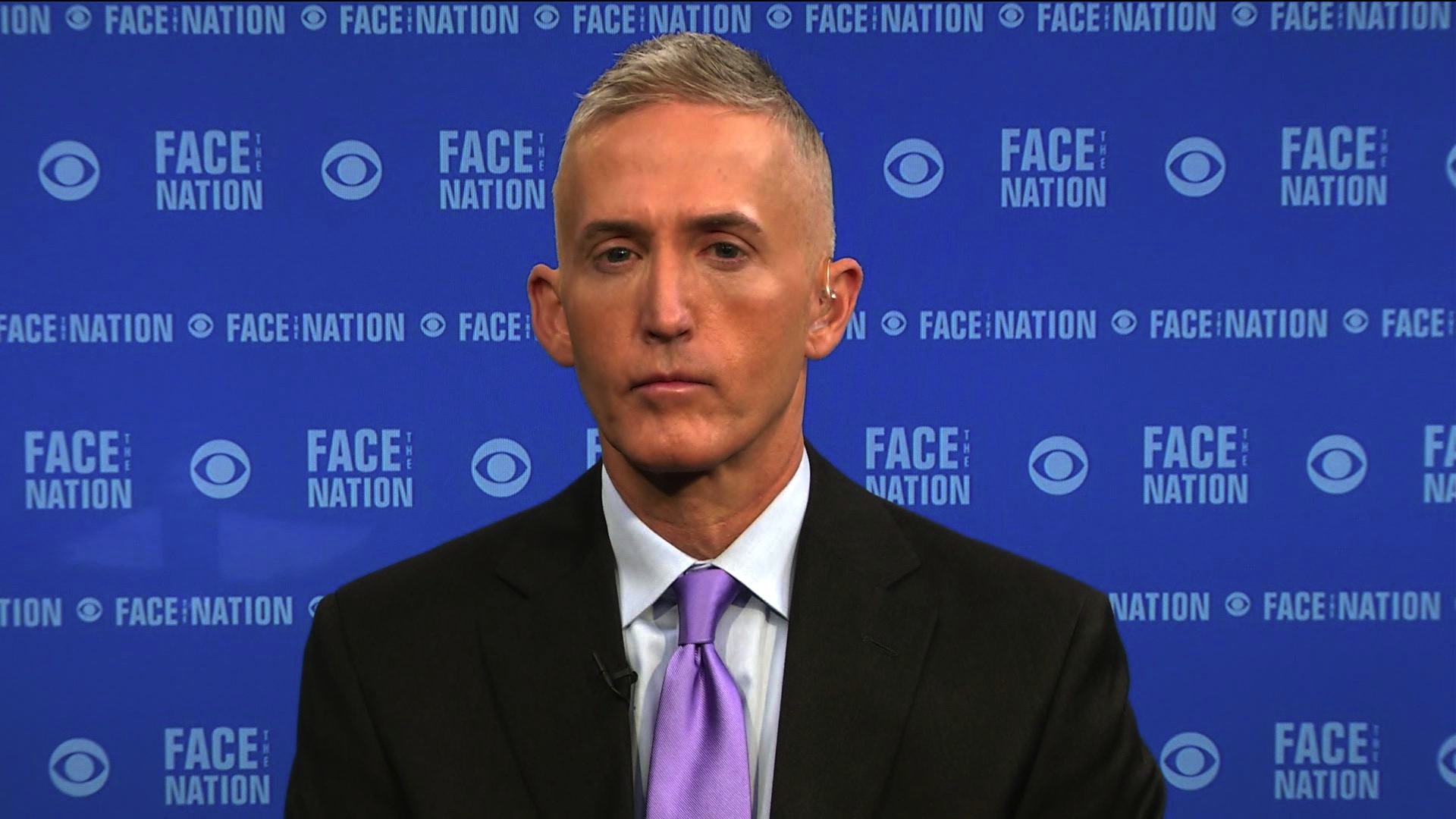 Rep. Trey Gowdy, R-South Carolina, the man running the special House Committee to investigate the 2012 Benghazi attacks, has a message for his Republican colleagues and friends: "Shut up talking about things that you don't know anything about."

"Unless you're on the committee you have no idea what we've done, why we've done it, and what new facts we have found," Gowdy said in an interview on CBS' "Face the Nation" Sunday.

The committee has come under fire that it was created solely to discredit Democratic presidential candidate Hillary Clinton, who was secretary of state when the attacks took place. That view was bolstered when House Majority Leader Kevin McCarthy, R-California, said in an interview that Clinton's poll numbers began dropping after the committee was created. Another Republican lawmaker, Rep. Richard Hanna, R-New York, said last week that the committee was "designed to go after people and an individual, Hillary Clinton." And a former committee staffer said earlier this month said that he was fired because he was unwilling to engage in a politically motivated examination against Clinton.

"They don't have any idea what the facts are," he said. "She's an important witness but she is one witness and by the time we're through john we will have interviewed 70 witnesses so she's one out of the 70."

He said his two Republican colleagues have never asked for an update on the committee and wouldn't be able to name witnesses they had talked to or describe documents they have received. And the staffer - whose charges Gowdy has dismissed as "salacious allegations" - has no idea what the committee has done since June, he said.

In the interview, Gowdy said his team has requested and just recently received the emails of Christopher Stevens, the ambassador who was killed during the 2012 attacks on a U.S. diplomatic facility. He said none of the other seven committees "bothered to access" the messages he had sent and received.

Not long after Stevens began his post in Libya, Gowdy said, he requested more security because of the uptick in violence in the country. But on "almost exactly that day" he was asked to read and respond to an email from Sidney Blumenthal, an informal Clinton adviser during her tenure as secretary who was not employed at the State Department. He was also asked for public messaging advice on the violence in Libya, Gowdy said.

"He didn't need help with PR, he was asking for more security and on one occasion he even joked in an email, 'Maybe we should ask another government to pay for our security upgrades because our government isn't willing to do it,'" Gowdy said. He said Stevens' emails illustrate "the total disconnect between what was happening in Libya" and the requests he was receiving from the State Department.

Clinton is scheduled to testify before the committee Thursday. Gowdy says he wants to focus on how the secretary handled the security situation in Libya.

"While violence was going up in Libya why was our security profile going down. It wasn't even staying the same, it was going down," he said. "I want to know why certain things made it to your inbox, madam secretary, but the...pleadings of our own ambassador that you put in place for more security never bothered to make it to your inbox. I think that's a fair question."

He said the committee does not yet have all of Clinton's emails, which were kept on a private server, but "at a certain point we have to go ahead and call the witness." Gowdy said he is only interested in her emails "to the extent that they relate to Libya and Benghazi," and that is proved by the fact that he hasn't subpoenaed anything else.

"The classification, Clinton Foundation, you name it -- I have zero interest," he said.

He also said that his investigation has yielded "more information on our military preparedness and our inability-slash-ability to respond," although he cannot share that information publicly. Some of the information he has gained on the time period before, during and after the attack has "nothing to do with Secretary Clinton."

In a separate interview on "Face the Nation," Democratic strategist and CNN senior political commentator, David Axelrod said the stakes for Clinton's testimony have been reduced by the "circus" around the Benghazi committee.

He also called Gowdy's comments about members of his own party "pretty remarkable."

"I think it was going to be a very pressure-filled moment for Hillary Clinton, it probably still will be. But now, there's a lot of pressure on Chairman Gowdy to prove that this whole thing isn't merely a political escapade," he said.