WCBS 880's Marla Diamond with the doctor that treated Lennon

"It seems like it was just yesterday," said Joseph Longo of Florida. He knew he had to be at Lennon's "Imagine" memorial in Central Park Wednesday.

"He was unique. There was never anybody like him in the music industry. His songs," Longo said.

If the Dakota, the scene of the crime, served as a landmark for the sadness of what happened on that night, then Strawberry Fields just across the street gives Lennon's fans an opportunity to smile, take photos, and talk about the impact he's had on their lives.

"John Lennon's music obviously played a big role in my childhood, even though he was dead before I was born," said Dan Cullen of Albany.

"I grew up with his voice,'' said Marissa DeLuca, 17, who came to New York from Boston with her father, Paul DeLuca, 50.

"The Beatles are the soundtrack to my childhood,'' she said. "His voice is just kind of like home.''

Her father said, "Nothing is timeless like the stuff John and Paul (McCartney) wrote.''

It's a musical legacy that lives on in a new light.

Rolling Stone magazine, releasing for the first time a nine hour interview conducted with the former Beatle just three days before his death, shows us a Lennon who, at the time, was still full of life, introspective, but also fed up with what he viewed as the unrealistic expectations of critics who were not happy with his life choices.

In eerie foreshadowing, he said "What they want is dead heroes, like Sid Vicious and James Dean. I'm not interesting in being a dead hero, so forget them, forget them."

"We're starting over. There's plenty of time, right?" he said. 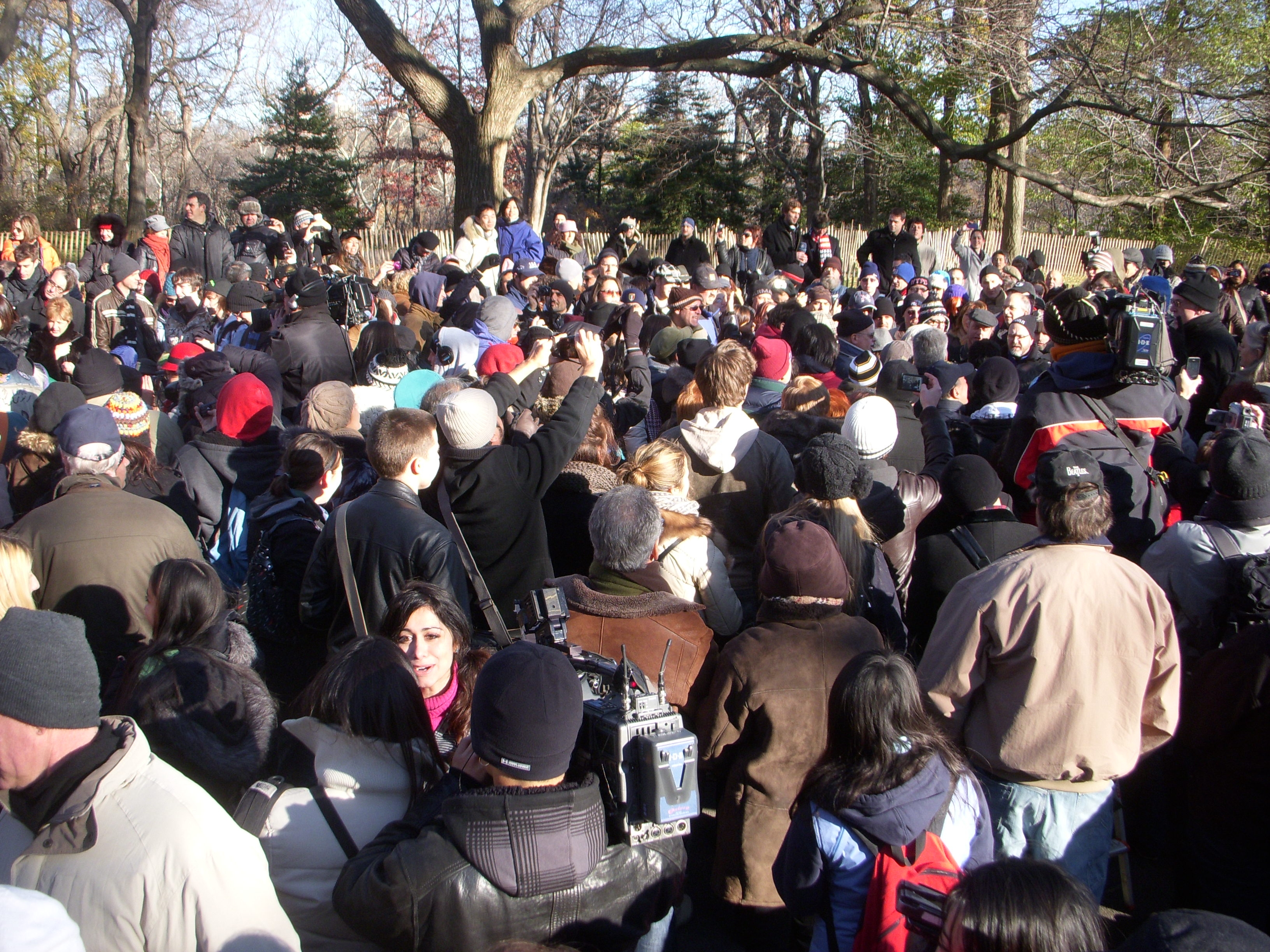 Lennon's fans never stopped believing, and as crowds continued to gather Wednesday for an evening moment of silence, it's clearer than ever that even three decades after his death, the once proud New Yorker is still at the top of his game.

Lennon chose the Big Apple and the man who was considered a musical genius did his best to live as an ordinary New Yorker. From his home at the famed Dakota on Manhattan's Upper West Side, he dove into family life with wife Yoko Ono and their young son Sean.

Ono released a statement Tuesday night in tribute to Lennon.

"On this tragic anniversary please join me in remembering John with deep love and respect,'' Ono said. "In his short lived life of 40 years, he has given so much to the world. The world was lucky to have known him. We still learn so much from him today. John, I love you!''