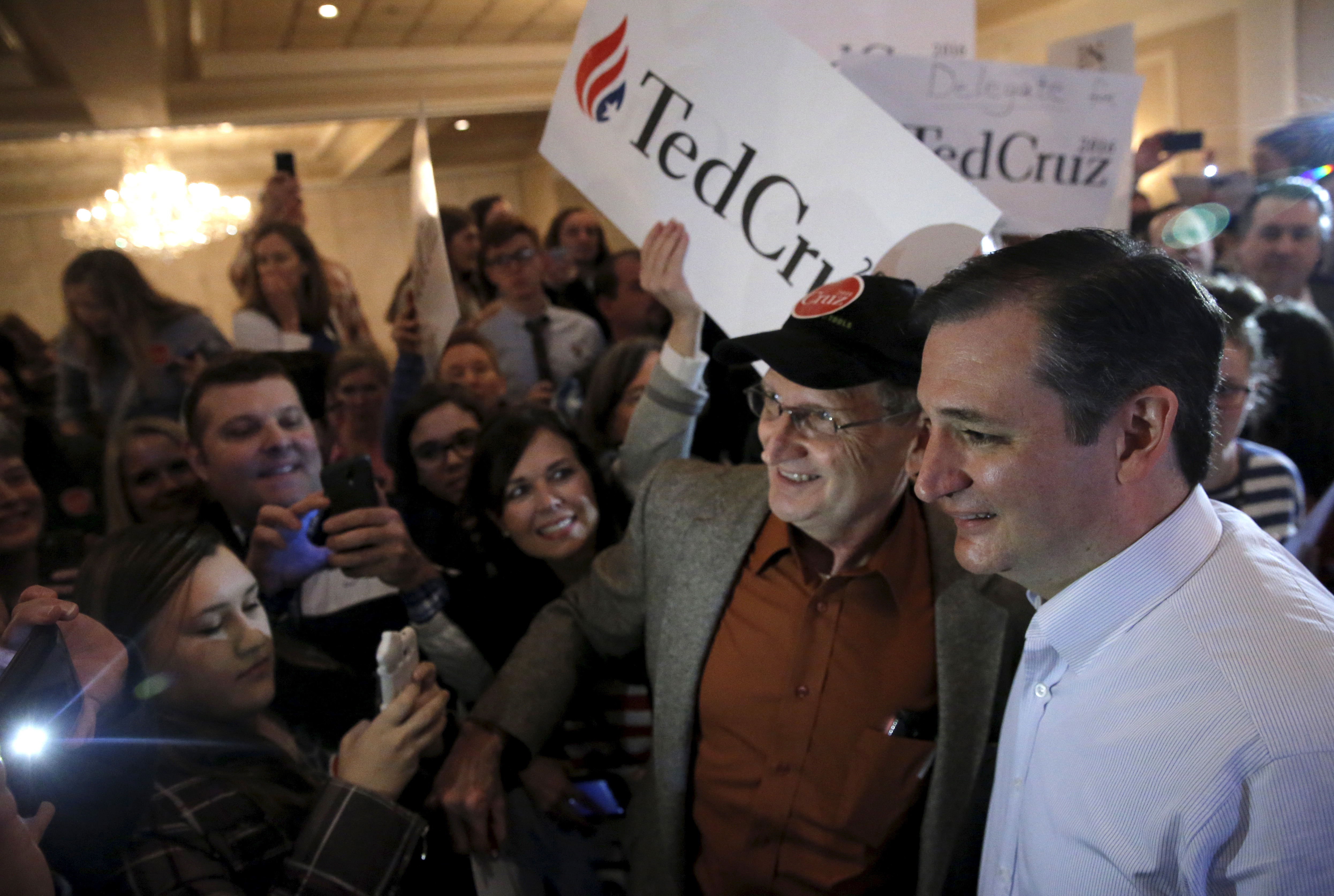 If Senator Lindsey Graham can live with the idea of President Ted Cruz, can the rest of his Republican colleagues?

Graham's Thursday endorsement of Cruz was a major surprise in a primary that's been full of them. This is, after all, a man who not so long ago said of his Senate colleague, "If you killed Ted Cruz on the floor of the Senate, and the trial was in the Senate, nobody would convict you."

Cruz is widely reputed to be the most unpopular man in the Senate, and Graham has, by all appearances, harbored a particularly deep dislike of the Texan. Republican leaders in the Senate at times have actively looked to sabotage him to the benefit of Donald Trump, a candidate many of them laughed off until his big win in New Hampshire.

John McCain, Graham's closest ally in the Senate, openly toyed with Trump's argument that the Canadian-born Cruz was ineligible for the presidency even though McCain himself was born in Panama. And Bob Dole, the party's 1996 presidential nominee and former Senate leader, has indicated that he'd rather see Trump win the nomination than Cruz.

That's because, as strange as it seems today, there was a time when much of the Republican ruling class saw Trump as someone they could work with, however begrudgingly, while Cruz was the uncompromising, unelectable, and untrustworthy ideologue.

And the tolerance for Trump over Cruz had a number of causes, one of which was the long-held (and only recently abandoned) assumption that Trump would inevitably flame out, allowing his supporters to flow to other candidates.

Then there is the issue of Cruz's personality. Politicians, as a rule, are people who want to be liked. Even the abrasive, putdown-prone Trump is said to try and charm his opponents behind the scenes. Cruz, meanwhile, seems utterly uninterested just about anyone's affection on a personal level. Washington is a city built on fragile egos, and Cruz doesn't just think he's smarter than everyone else: he wants them to know it, to acknowledge it, and, as a result, to put up with his antics.

Graham's move signals that establishment Republicans, still shocked by Trump's durability, may finally be willing to do that last part. After months of trying to convince themselves that likelihood of a Trump nomination was essentially nonexistent (the party decides, right?), Republican leaders now look at the billionaire's success with increasing horror.

Beyond Trump's perseverance, Mitt Romney came right out and enumerated the larger problems he thought Trump's nomination would represent for the party, calling him a fake, and a phony who "has neither the temperament nor the judgment to be president and his personal qualities would mean that America would cease to be a shining city on a hill."

Trump has also given zero indication that he'll ever be willing to act and behave like a traditional center-right Republican, much less govern like one. Instead, he's made it very clear that he wants to remake the party in his own image. And if he's not allowed to do that, he's given every signal that he'll burn the party to the ground.

It's not that Cruz is the only guy who can deprive Trump of the Republican nomination -- if the convention goes to a second ballot, anyone from John Kasich to Mitt Romney could be the GOP candidate in November. But Cruz may be the only candidate who can beat Trump in the delegate count before the convention. It won't be easy: Kasich would have to perform well in the East Coast primaries in April, and Cruz would have to clean up in Western states like California. But if Trump can be deprived of the nomination without arcane parliamentary tricks, the party has a much better shot of presenting a unified front in the general election.

That's the logic, anyway, of why the establishment -- that loose coalition of think tanks, congressional leaders, big-money donors and professional party activists -- to cozy up to a man they otherwise despise. They may never like him. They might not even think he has a chance of winning. But at least they know he's not Trump, and that might be more than enough.