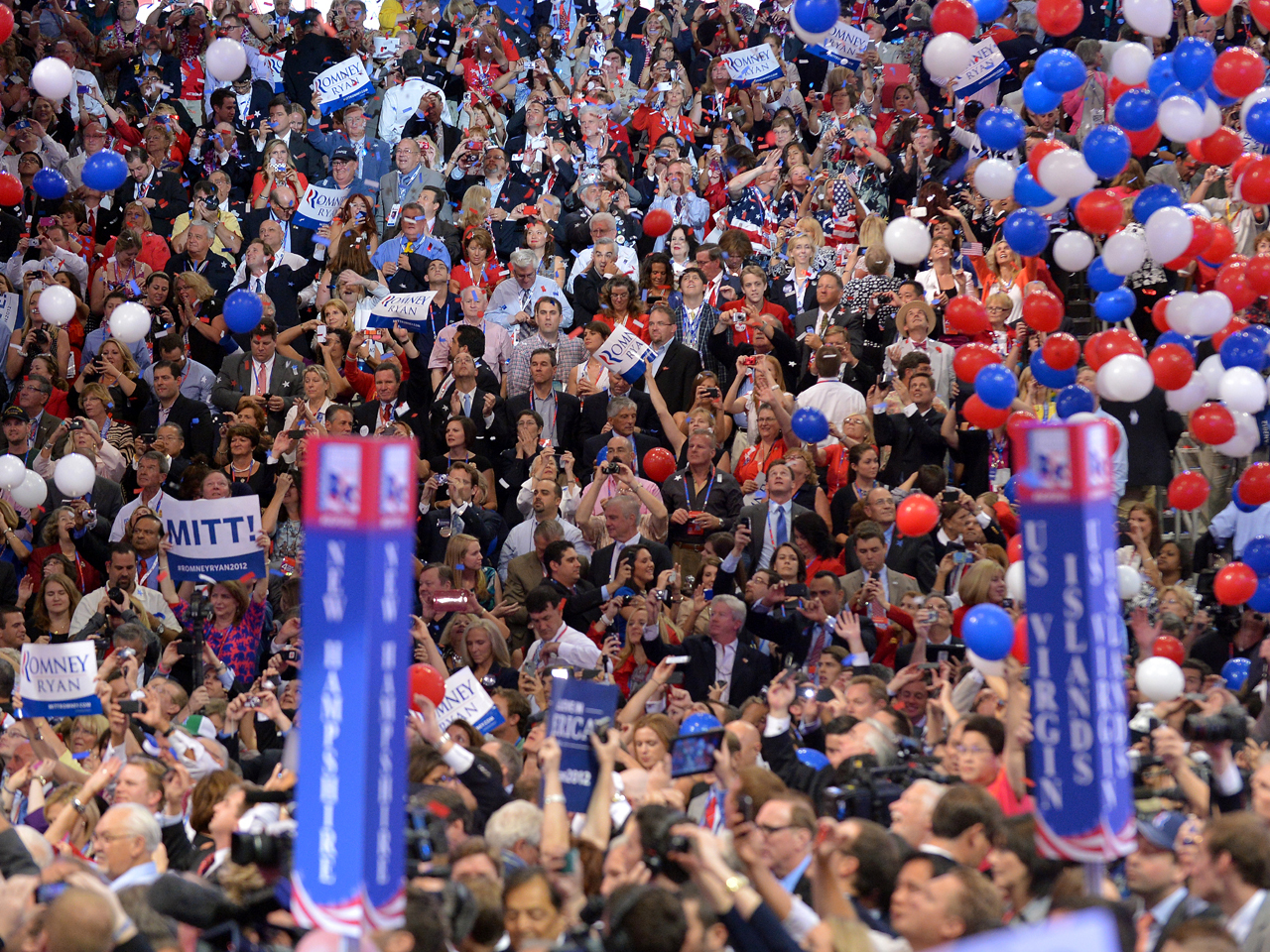 With all the talk about the state of the Republican primary -- and the GOP establishment's efforts to stop the momentum of front-runner Donald Trump -- there's been lots of speculation about a potential contested, or brokered, convention when Republicans meet in Cleveland in July.

How would that actually work, and how likely it is? CBS News has the answers to some of your biggest questions about the scenario that's every political junkie's dream:

What is a contested convention?

A contested convention happens when no single candidate has secured a majority of the delegates ahead of the party convention this summer. Instead, the party's nominee will be chosen by the delegates who come to the convention, on a series of one or more ballots.

In the Republicans' case, there are 2,472 delegates in total, so the magic number for any candidate to win the nomination outright is 1,237 delegates.

Here's how the score stands so far, going into Tuesday's contests:

Okay, that's crazy. How often does this happen?

Almost never, despite discussion of the possibility early on in almost every election cycle. The last time Republicans had a contested convention that went beyond the first ballot was back in 1948, when the party nominated Thomas Dewey (of "Dewey Defeats Truman" fame). That year, Dewey won the nomination on the third ballot.

For Democrats, the last time was in 1952, with the nomination of Adlai Stevenson. The last time a candidate successfully emerged out of a contested multi-ballot convention and won the presidency was Democrat Franklin Delano Roosevelt in 1932.

There have been several other close calls: in 1976, for example, Gerald Ford didn't have enough delegates for the nomination ahead of the convention but was able to secure enough on the first ballot to edge out Ronald Reagan, then a former governor of California. And in 1984, the same scenario emerged on the Democratic side: former Vice President Walter Mondale was 40 delegates short of the nomination, but support from superdelegates put him over the top so he didn't have to go to a multiple-ballot fight with Colorado Sen. Gary Hart.

How likely is a contested convention this year?

It's hard to tell: this is something political observers salivate over every four years, and in recent history it has never actually come to pass. It's usually almost impossible, because often when one candidate gets momentum early on in the nominating process, they win enough states further down the calendar to get the required number of delegates ahead of time. Republican operatives caution even this year that the scenario is still unlikely.

But it's very true that the conditions are far more ripe for a contested convention this year than they are in most campaigns. There are still multiple candidates who are viable and winning delegates, not to mention an active effort on the part of establishment operatives to keep Trump from securing the nomination.

Perhaps the biggest clues to the likelihood of a contested convention will come next week on March 15, when Florida and Ohio vote. There's enormous pressure on Rubio, the Florida senator, and Kasich, the Ohio governor, to win their home states over Trump -- and especially because both states' delegates are winner-take-all, victories for Rubio and/or Kasich would help spread around the delegates and keep Trump from reaching 1,237. If Rubio and Kasich lose their home states to Trump, though, the pair of states would put the front-runner much closer to a scenario where he can win the nomination outright.

Is anyone eligible to be the nominee if a contested convention actually occurs?

Not as many candidates as you'd think would be immediately eligible. Back in 2012, the RNC introduced Rule 40, which states that the only candidates eligible to be in contention at a contested convention are candidates who have the support of a majority of delegates in at least eight states across the map.

In theory, this means that even in the most crowded and fractured of fields the most candidates that could be included on a convention ballot is six. This year, there are four remaining candidates in the race--Donald Trump, Ted Cruz, Marco Rubio and John Kasich--and it's unlikely that all four of them will amass eight states each in which they have a majority of delegates.

So far, Trump has a majority of delegates in six states (New Hampshire, South Carolina, Alabama, Georgia, Massachusetts and Tennessee), compared with two for Cruz (Texas and Kansas) and one for Rubio (Puerto Rico).

If things got truly crazy, someone else could step in -- and if he or she could convince the majority of delegates in at least eight states to support them on the convention floor, they too could be eligible for consideration as a candidate during the balloting process.

(Also, keep in mind that the RNC could propose changes to these rules at any point between now and the convention, so the 8-state rule might be moot by then anyway.)

What happens when the candidates and delegates get to Cleveland?

On the first ballot, the vast majority of delegates are bound to vote for a specific candidate, which is usually based proportionally on the election results in the state they're from. That means that among bound delegates, the numbers will look fairly similar to delegate-counter maps that have been tracking the delegate fight throughout the primary process.

But although Republicans don't have superdelegates like Democrats do, there are still more unbound delegates than you'd think. Some states, for example, don't bind delegates to vote for a specific candidate; plus, state party chairs and RNC committee members also get to serve as delegates for their states.

Depending on the dynamics going into the convention, party leaders could want to wrap up the process as quickly as possible and vote for Trump or whichever candidate was ahead; conversely, they could also team up to collectively stop Trump or another candidate from reaching 1,237 on that first ballot.

It gets complicated, because each state's delegate selection process and rules for bound and unbound delegates are different.

What happens on the second ballot?

After the first ballot, if no candidate were to receive the required 1,237 delegates to secure the nomination, the voting would head into a second round. At this point, many more delegates would be unbound -- meaning they could vote based on their personal preference, and not based on the candidate they were previously compelled to back on the first ballot. (Again, when delegates are released depends on their home state rules.)

This could get pretty chaotic: once balloting gets past the first round it becomes a bit like a caucus, where delegates can work to convince others to switch over and join their candidate. It also means the candidates and their campaigns will pursue these delegates and work hard to get them on board. This could be a lengthy process, given that many of the delegates won't be selected until county and state conventions later this spring.

How long will this go on?

Technically, it could go to as many ballots as it needed to before someone hits 1,237 -- though it's unlikely it would go past a few. (In 1924, Democrats set the record for number of ballots: 103.)

What else could make things complicated?

The RNC could opt to change the rules at any point between now and the convention. The RNC's Rules committee, which meets regularly throughout the year, could recommend changes that would then be voted on and ratified by the whole group of delegates at the beginning of the Cleveland convention.