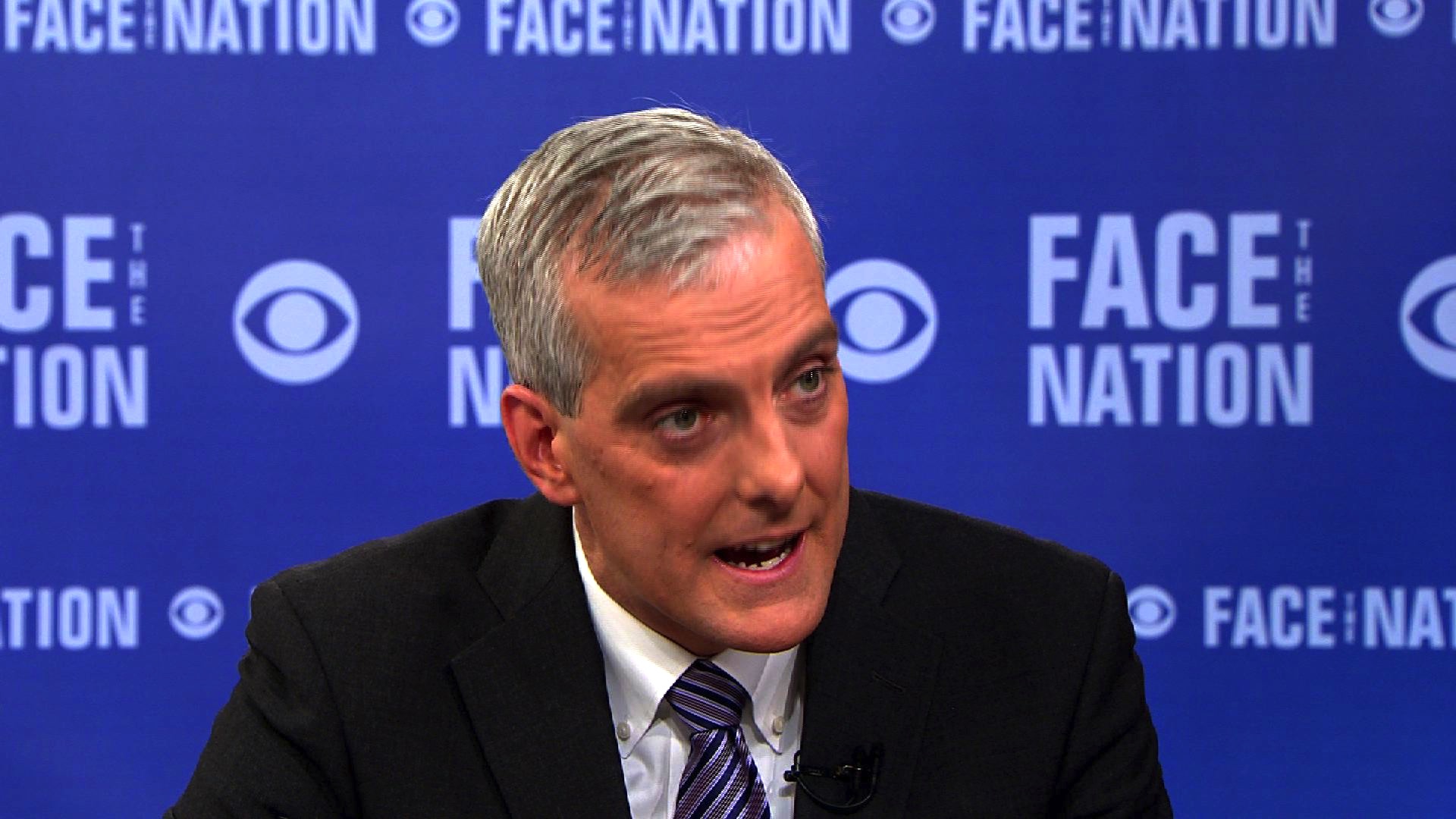 White House Chief of Staff Denis McDonough warned Congress not to "take a pass" on the president's request for authorization to use military force to fight the Islamic State of Iraq and Syria (ISIS), saying they need to weigh in on the issue.

"We've given them a good place to start. We'll see where they end," McDonough said in an interview on "Face the Nation" Sunday. "What they shouldn't do this time is what they did in 2013 when they took a pass on this issue. It's very important in questions of war and peace for Congress to be heard. The president has given them a roadmap to follow. They can take that or they can come up with something else. But they should not take a pass on this important issue."

He was referring to the president's 2013 request to Congress for permission to use military force to strike the Syrian regime in retaliation for its use of chemical weapons against Syrian civilians. Lawmakers seemed wary to get involved and never acted, instead leaving the White House to work with American allies on a diplomatic agreement requiring Syrian President Bashar Assad to give up his chemical weapons.

"We saw was a very forthright and determined threat of the use of force that led to an important agreement that resolved, that resulted in all of Syria's chemical weapons not only being accounted for, but being destroyed," McDonough said in response to a question about critics who said the president took a pass on the Syrian issue in 2013.

The congressional response to the ISIS battle plan has been mixed, with some lawmakers saying the president needs more flexibility and others saying the authorization is too broad. McDonough said the White House believes its draft - which requests a three-year authorization for U.S. forces to pursue the threat posed by ISIS and bans "enduring offensive combat operations" - is "likeliest outcome to get a strong bipartisan showing." As for those who have called for putting in a large number of U.S. combat troops in an invasion like the one that began the Iraq war, McDonough said, "We think that's a mistake."

Lawmakers are planning hearings on the issue before taking a vote.

In a separate interview on "Face the Nation," Senate Foreign Relations Committee Chairman Bob Corker, R-Tennessee, said that lawmakers have "a lot of skepticism about the administration's commitment to dealing with ISIS."

"That creates a lot of concern so we are going to have the opportunity to look at that, to look at what is happening in Iraq and then hopefully shortly thereafter create language that can in fact pass muster in both houses of Congress," Corker said. "It is important for us to fully, fully understand the threat, understand how we are going to go forward and I think very important because this is going to be going on for numbers of years."

McDonough also weighed in on the shooting in Copenhagen, the Ukraine cease-fire, and the upcoming showdown over funding for the Department of Homeland Security (DHS).

"We abhor this," he said of shooting attacks at a free speech event and then at a Copenhagen synagogue which left two men dead and five police officers wounded. Officials are still working to determine whether the shooting was a copycat of the the terror attacks last month in Paris.

"We've obviously made clear that we abhor this and will not let these kinds of attacks stand," McDonough said, noting that the White House is holding a three-day summit at the State Department on countering violent extremism later this week. "We have to make sure that we're staying one step ahead of [al Qaeda in the Arabian Peninsula.]"

He sounded a note of caution on the cease-fire in eastern Ukraine, which appears to largely be holding so far despite the failure of other attempts to quell fighting between the Ukrainian military and Russian-backed separatists in the eastern part of the country.

"The proof will be in the pudding. The Russians have a lot to account for here," he said. "I'm not optimistic or pessimistic. I'm just realistic about this."

He also didn't offer a way forward on the current standoff in Congress about funding for DHS, which expires on February 27. Republicans have made the agency's funding conditional on blocking the president's executive actions to defer deportation for several million immigrants in the U.S. illegally. A bill has passed the House, but has been repeatedly blocked by Democrats when it comes up for consideration in the Senate.

"I don't see exactly how Congress is going to resolve this," McDonough said. "It is very important that we not, however, take the path that they're suggesting we do take, which is, Congress will continue to get paid, but law enforcement officials associated with defending our borders, protecting us against cyberattacks, defending our airports and making sure that airlines and aviation security is upheld are forced to work without pay. That is something we should not do."

McDonough also said he was "not familiar with" a report in the Daily Beast that British officials had a positive identification of the location of several American hostages in Syria who were later killed by ISIS, but delayed a rescue mission because of concerns about the intelligence.

"What I do know is that the president of the United States is very determined to make sure that we do everything that we can in support of our people. In fact, he took some very courageous and important steps that included some very daring and ultimately very risky efforts undertaken by our armed forces to try and release those hostages," he said.