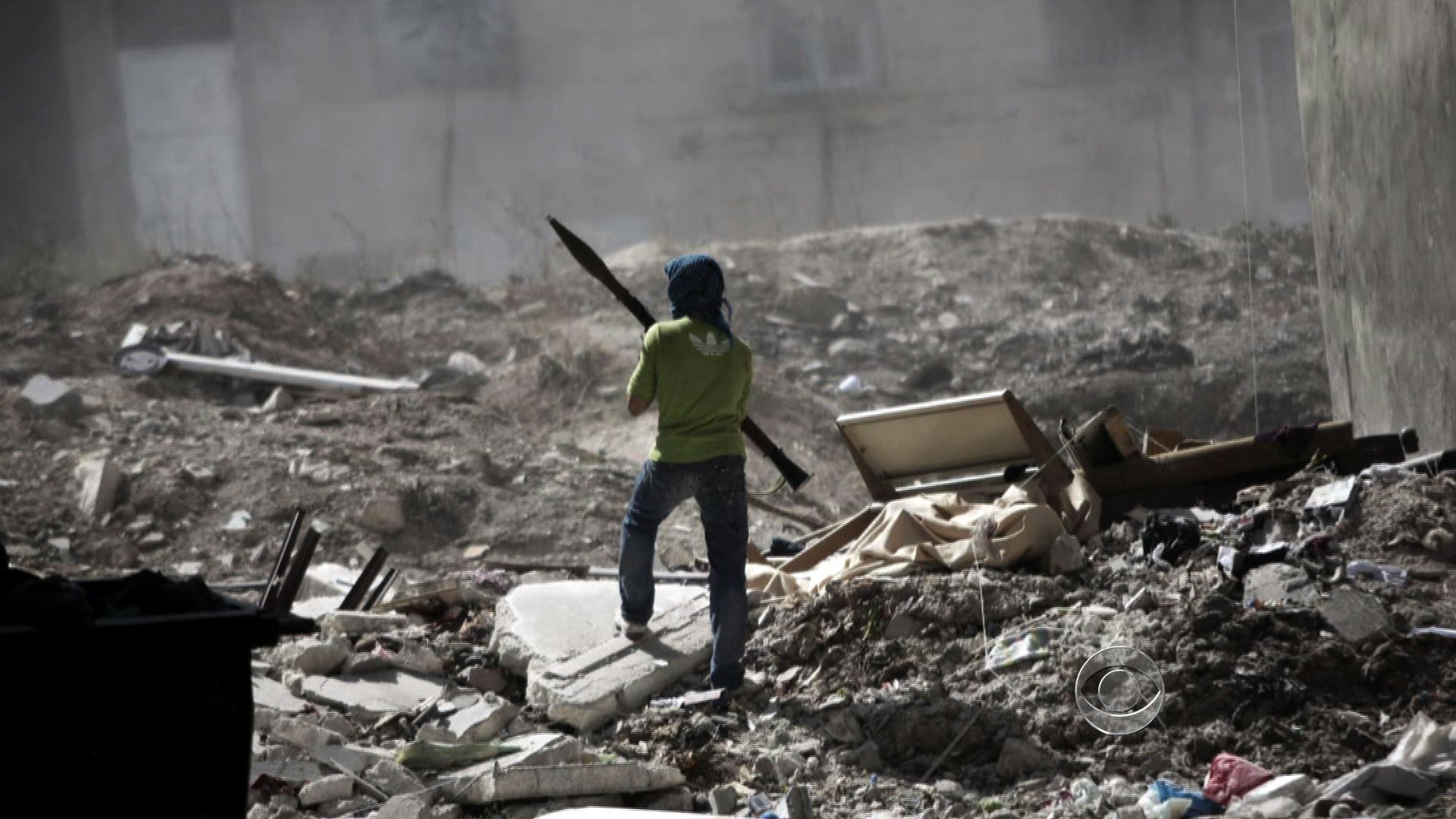 Some members of Congress are calling on President Obama to get congressional approval -- or at least consult more closely with the legislative branch -- before launching military strikes against the Syrian government for its alleged use of chemical weapons.

On Monday -- giving a clear indication that the administration is readying for action -- Secretary of State John Kerry said the evidence "is screaming at us" that chemical weapons were used in Syria. On Tuesday, Secretary of Defense Chuck Hagel said that the world's most powerful military was "in place to be able to fulfill and comply with whatever option the president wishes to take" in Syria. Mr. Obama and his administration have communicated with some lawmakers on the situation in Syria this week, but some congressmen insist the president should follow the War Powers Resolution of 1973 and receive authorization from Congress before using any military force in Syria.

Rep. Scott Rigell, R-Va., a member of the House Armed Services Committee, began collecting signatures in Congress Tuesday for a letter urging Mr. Obama to get congressional approval before launching any strikes. By early Tuesday afternoon, more than 20 congressmen had signed onto Rigell's letter, including at least one Democrat, Rep. Beto O'Rourke, D-Texas.

"Engaging our military in Syria when no direct threat to the United States exists and without prior congressional authorization would violate the separation of powers that is clearly delineated in the Constitution," the letter says. "If you deem that military action in Syria is necessary, Congress can reconvene at your request. We stand ready to come back into session, consider the facts before us, and share the burden of decisions made regarding U.S. involvement in the quickly escalating Syrian conflict."

Libertarian-leaning Republicans in Congress, including Reps. Thomas Massie, R-Ky. and Justin Amash, R-Mich., said via Twitter on Tuesday that any action without congressional approval would clearly be unconstitutional.

On Monday, House Speaker John Boehner, R-Ohio, communicated with the White House on the situation in Syria but he urged the administration to increase its engagement with Congress.

"The Speaker made clear that before any action is taken there must be meaningful consultation with members of Congress, as well as clearly defined objectives and a broader strategy to achieve stability," Boehner spokesman Brendan Buck said in a statement.

A handful of senior lawmakers have confirmed to CBS News that they've also consulted with the executive branch on Syria. House Armed Services Committee Chairman Buck McKeon, R-Calif., has been briefed by senior Defense Department officials about the developing situation, a congressional spokesman said.

On Monday, an aide to Sen. Robert Menendez, D-N.J., chairman of the Senate Foreign Relations Committee, said that members of the administration including Kerry have reached out to Menendez. Sen. Bob Corker, R-Tenn., the top Republican on the Senate Foreign Relations Committee, spoke to administration officials a couple of times over the weekend and on Monday about the evolving situation in Syria. Sen. John McCain, R-Ariz., the top Republican on the Senate Armed Services Committee, has spoken to both Mr. Obama and National Security Adviser Susan Rice in recent days.

Other senators on Monday called for more consultation with Congress.

Sen. Tim Kaine, D-Va., a member of the Senate Foreign Relations Committee, called the use of chemical weapons "despicable" but said that "absent an imminent threat to United States national security, the U.S. should not be engaged in military action without Congressional approval."

Sen. Mark Udall, D-Colo., a member of the Senate Armed Services Committee and the Intelligence Committee, said in a statement, "Secretary Kerry was clear that it is now a question of how, not whether, the United States will respond, but Congress still needs to hear from the president directly. More importantly, the president needs to explain his plan to the American people, who are understandably reluctant to support further military engagement in the Middle East."

Udall said he has "real concerns" that a surgical strike in Syria could lead the U.S. into deeper involvement in a complicated civil war, but that remaining on the sidelines could also have grave consequences.

Other lawmakers, meanwhile, came out more forcefully for action against Syria.

Rep. Elliot Engel, D-N.Y., the top Democrat on the House Foreign Affairs Committee, said in a statement Monday, "I hope that the Administration will now move quickly to act against the Assad regime and show the world that the use of such weapons will not be tolerated."

Rep. Peter King, R-N.Y., a member of the Homeland Security Committee, told CNN on Monday that "we have to act." Furthermore, he said that Mr. Obama doesn't necessarily have to get congressional approval.

"I believe, as commander in chief, he has the right to take this action," he said. "It's in his interest to consult with the leadership in the House and Senate, but I don't believe he has to."

King added that he's still not an advocate of the Syrian opposition, explaining, "I believe that in the last year or so they've become significantly controlled by al Qaeda."

In an interview with the Daily Beast, McCain suggested Mr. Obama is partially to blame for the continued use of chemical weapons in Syria.

"Assad was able to use chemical weapons before and there was no response, and so why not do it again? This should surprise no one," McCain said. "They viewed that not as a red line but as a green light, and they acted accordingly."