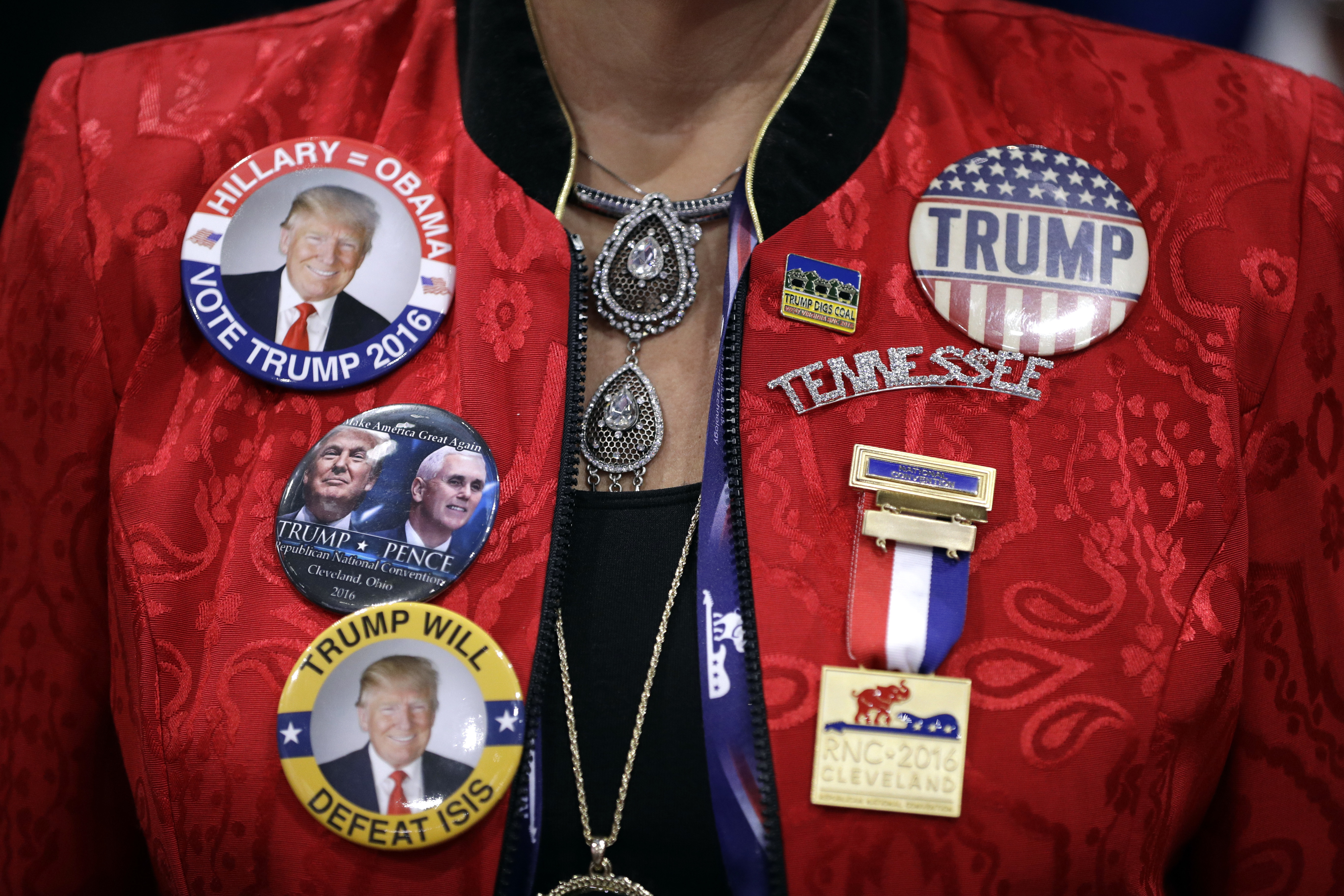 With Donald Trump taking the stage, anything can happen on this, the final day of the Republican National Convention. Trump's primetime speech accepting the Republican nomination will be the main attraction. Tonight's theme is "Make America One Again," a nod to the GOP unity that's thus far eluded Trump's campaign. With that in mind, we've a much shorter list today of what to watch as the convention wraps up.

Donald Trump has pulled no punches during his campaign for the White House when it comes to verbal attacks on Democratic rival Hillary Clinton. But a new ad from the Clinton campaign seizes on the fact that he wasn't always a die-hard critic. In fact, he once suggested Clinton would "make a great president."

New video shows the moments leading up to the police shooting of an unarmed man with his hands up in Florida. Caretaker Charles Kinsey was in the street trying to coax an autistic man who wandered away from a mental health center. From his hospital bed, Kinsey shares his account of how things unfolded.

Critics of Obamacare have some more ammunition: California's health insurance exchange under the federal initiative plans to raise premiums more than 13 percent next year. So what's pushing up Obamcare costs in the biggest state in the U.S., and does the unexpected hike bode ill for the program nationwide?

A new Consumer Reports study highlights the staggering amount of food wasted in America; 40 percent of what is produced in this country ends up in the trash. We take a look at an all-you-can-eat buffet at a Las Vegas casino where they've come up with creative solutions to trim the fat -- and recycle it.

A college student came up with a simple but effective way of getting parking tickets dismissed. It has already saved drivers an estimated $4 to $5 million and gained the attention of billionaire tech investor Mark Cuban. In his first national interview, the teenage creator tells us why he has no plans to sell out.

They're popular, fun, social -- and extremely draining. Facebook and Snapchat are just two of the apps that make the list of those that drain the most performance and battery life from users' Android phones. The annual report from AVG Technologies is full of insights into app usage and advice to optimize.

Man charged with putting chemical weapon in a Walmart

Another nail in the coffin of Russia's Rio Olympics dream?

Reguee in German train attack seemed to be quickly integrating

Cruz booed off convention stage after refusing to endorse Trump

For Cleveland, RNC is an economic bust

Why gas prices could spiral back down again

Without Roger Ailes, what would Fox News be worth?

15 great strategies to save on back-to-school purchases

How long can you work before your brain shuts down?

How to choose the fitness tracker that's right for you