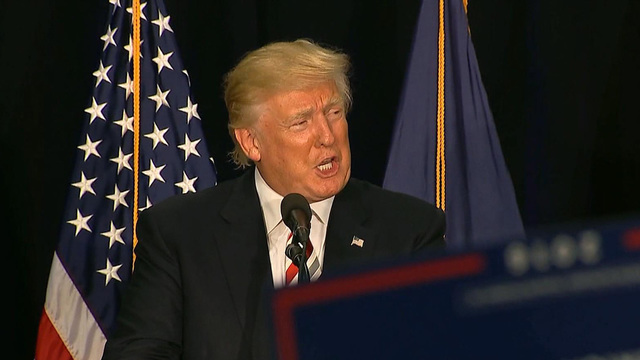 Historically, prognosticators have looked at a handful of indicators to make reasoned assessments about the outcome of presidential elections. Those assessments will be made in the race between Hillary Clinton and Donald Trump, but perhaps with less confidence than in the past. With just 90 days before Americans head to the polls, we look at where Clinton and Trump stand by the numbers.

Democratic vice presidential candidate Tim Kaine strongly condemned Donald Trump last night after the Republican nominee's suggestion about how "Second Amendment folks" might protect their right to bear arms was interpreted by some as a veiled call to violence.

Female athletes have produced many of the top performances at the Rio Olympics, but even when women win gold medals, much of the buzz remains about the men. Critics say it's proof that sexism is still an issue for female competitors at the highest level of sport.

About 70 percent of U.S. states use some form of electronic voting. Hackers tell CBS News that problems with electronic voting machines have been around for years, but with millions heading to the polls in three months, security experts are stepping up to sound the alarm.

Florida has reported four new cases of the Zika virus spread by local mosquitoes. As the number of infections rises across the U.S., health officials are urging people to use mosquito repellents, including those that contain DEET. But is the chemical -- registered with the EPA -- safe for pregnant women?

Pie in the sky

Could the moon be America's next economic frontier? Moon Express, which this month became the first private company to win U.S. government approval to land on the moon, plans to offer lunar burials when it heads to Earth's satellite next year. But space memorials are just one business line the startup envisions.

Gunfire in Ferguson on anniversary of Michael Brown's death

Clinton to call on Congress to return to D.C., pass Zika funding

Hillary Clinton tied in Florida, up in Ohio, and up big in Pennsylvania

Trump says he may renegotiate terms of fall debates

Should that Olympic gold medal be tax deductible?

ICU treatment may not be better for 4 common conditions

What video games and social media mean for kids grades

Streep and Grant on the love in "Florence Foster Jenkins"