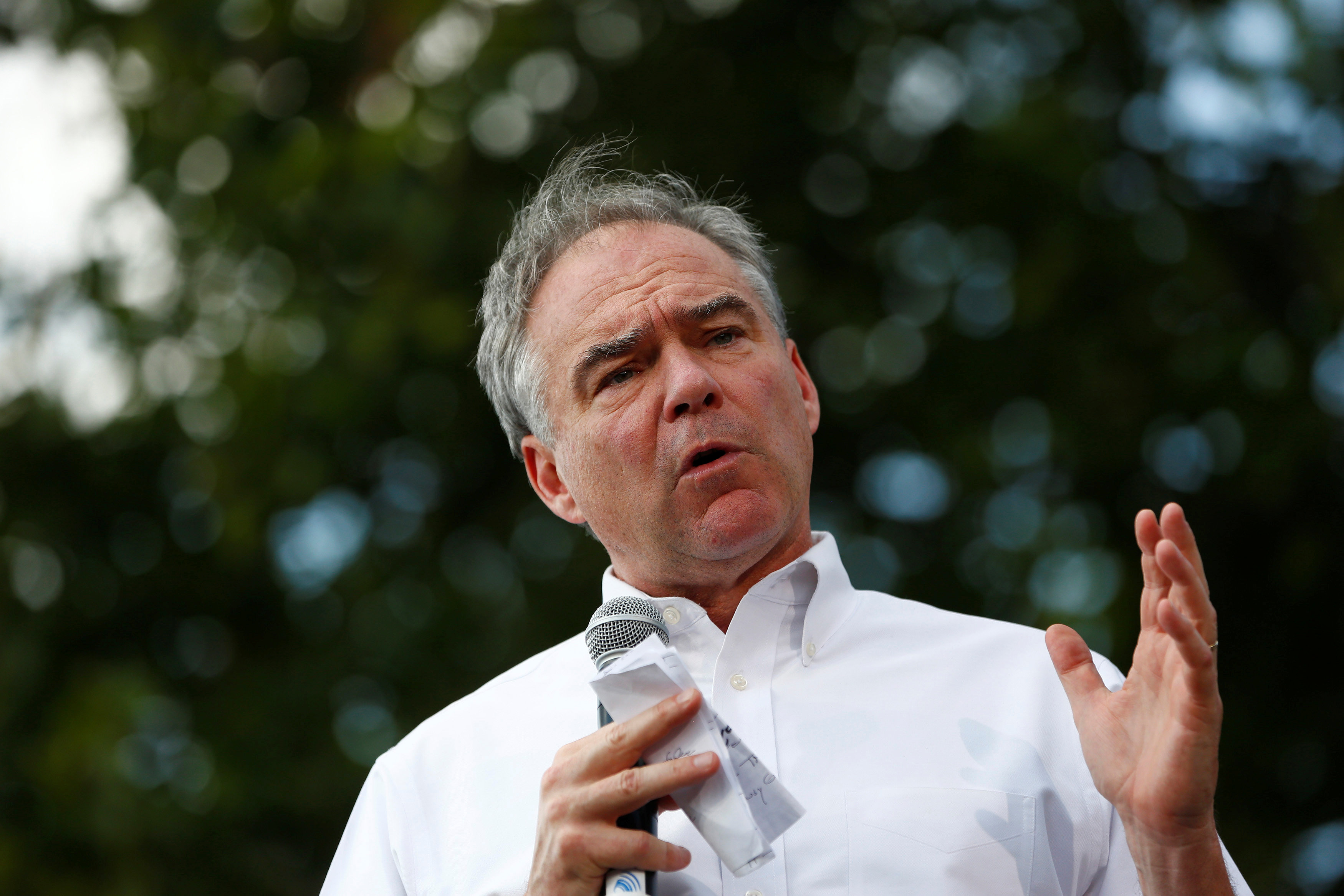 Tim Kaine strongly condemned Donald Trump on Tuesday evening after the Republican nominee's suggestion about how voters should protect their right to bear arms was interpreted by some as a call to violence.

"Nobody who is seeking a leadership position, especially the presidency, the leadership of the country, should do anything to countenance violence," Kaine told reporters after a volunteer event in Austin, Texas.

"There is a beautiful phrase in the Gospel that says from the fullness of the heart, the mouth speaks and what comes out often reveals something important and who you are," He added. "And I think Donald Trump revealed again many other statements, reveal the same thing but it revealed this complete temperamental misfit with the character that's required to do the job and in a nation, we gotta be pulling together and countenancing violence is not something any leader should do."

Senator Kaine's comments come after Trump faced a storm of backlash for his implication on how voters should prevent Secretary Clinton from appointing Supreme Court Justices if she's elected to the presidency.

"A person seeking to be President of the United States should not suggest violence in any way," said Clinton strategist Robby Mook. And in a four-worded statement, the Super PAC supporting Hillary Clinton, Priorities USA, responded saying, "This is not ok".

When asked about Trump campaign's response, Kaine argued that the business mogul's remarks are another example as to why he isn't fit to lead.

"Of course they are trying to row backward now", Kaine said of the Trump campaign's statement, "but I think he was just revealing....just no understanding for the role of a leader", he added. "I just think it's a window into the soul of a person who is just temperamentally not suited to the task."