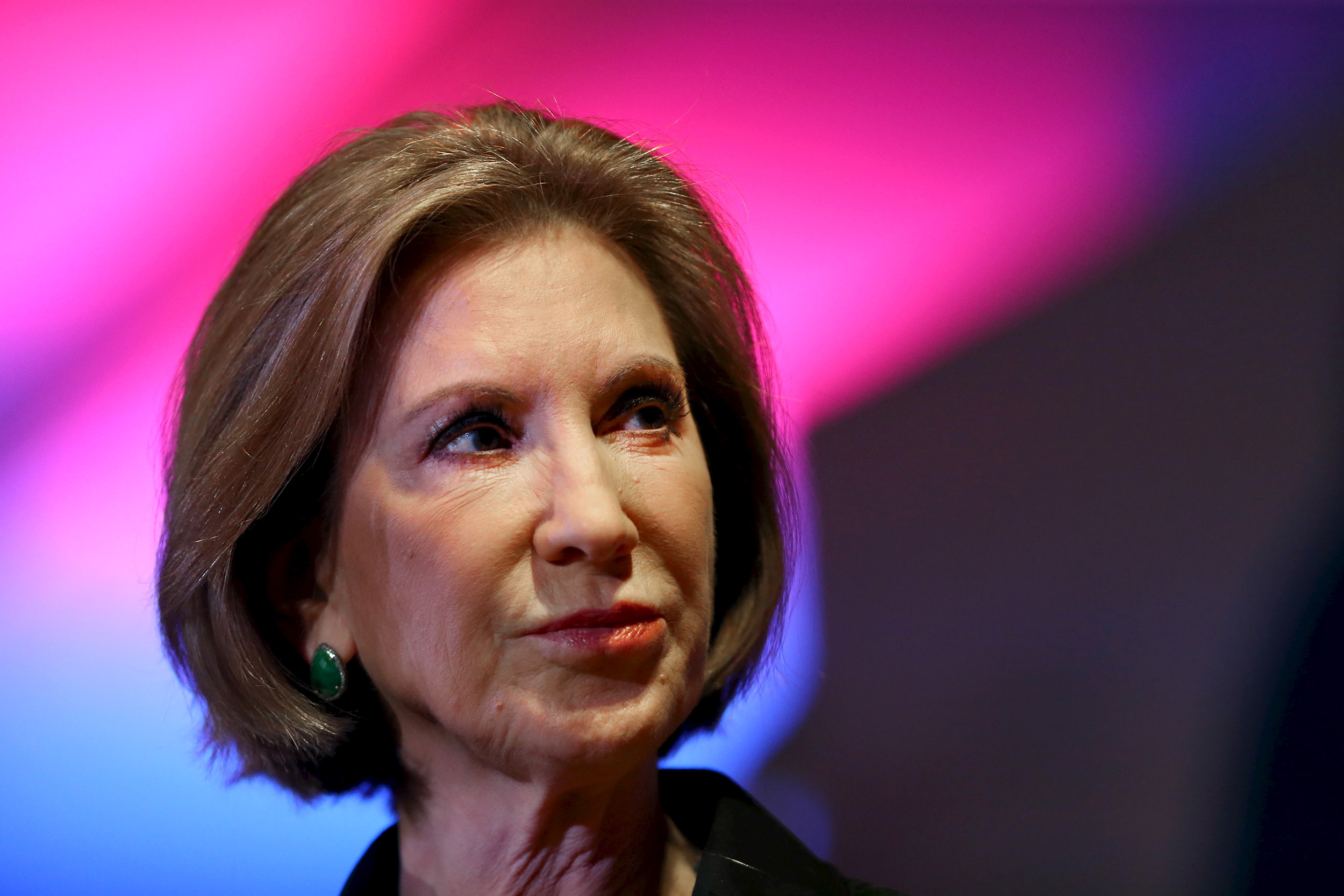 "What is your biggest weakness?" the anchors asked.

In response, Fiorina said, "Gee, after the last debate, I was told that I didn't smile enough" and then she smiled.

"She's got to smile," he said, adding that she should "loosen up a bit." Smile notwithstanding, Fiorina delivered a strong performance at that second debate, and her approval rating immediately improved in presidential polls.

Fiorina's response at this week's debate, and political analysts have suggested, that the criticisms are purely sexist. This also comes after Donald Trump reportedly made fun of Fiorina's appearance, reported Rolling Stone.

"Look at that face!" Trump said of Fiorina, according to an article published in the magazine in early September. "Would anyone vote for that? Can you imagine that, the face of our next president?"

Trump later claimed that his comment was a reference to Fiorina's "persona." But Fiorina's smile on Wednesday seemed to exacerbate the discussion about her appearance.

"I wish it was a Halloween mask," Joy Behar added. "I'd love that."

In an interview on "Fox News Sunday," Fiorina reacted to their comments and accused "The View" hosts of using a double standard.

"There is nothing more threatening to the liberal media in general and to Hillary Clinton in particular than a conservative woman. So, of course, there's a double standard," Fiorina said Sunday. "Maybe the ladies of 'The View,' if I come back on again, let's see if they have the guts to say that to my face."

On Monday morning, Fiorina told Fox News' "Fox and Friends" that she'll appear on "The View" this Friday.

"I'm looking forward to it. I don't need an apology," she said. "My message to the ladies of the view is man up."

Debbie Walsh, director at Rutgers University's Center for American Women and Politics, suggested to CBS News that comments about Fiorina's unsmiling face are connected to a likability factor.

"For women candidates, being liked and being likable is more important than it is for men," she said. "Men can be seen as qualified or strong or right on the issues."

And for the many men running for president, the suggestion that any of them smile more often is not one that's been raised.

Likability has played into perceptions of women candidates before. When Clinton ran for president in 2008, she may have been able to capitalize on likability during a debate just before the New Hampshire primary. Asked about her "personality deficit," she responded jokingly, "Well, that hurts my feelings," adding that her opponent, Barack Obama was, indeed "very likable." He then remarked, "You're likable enough, Hillary," a moment which made him seem a little mean, and Clinton, well, a little more likable. She ended up winning New Hampshire that year.

Walsh said Fiorina handled the issue at the debate "in a very clever way."

"She raised it, she owned it and then made a big smile," she said.

After the second debate, Fiorina's approval rating shot into the double digits. But a recent CBS News/New York Times survey found only seven percent of voters nationally support her for president.

Fiorina is not the only candidate who believes she has faced sexist attacks this election cycle. At several events last month, Clinton said she was told to stop "shouting about gun violence," a reference to something Sanders had said during the first Democratic debate, that "all the shouting in the world" won't "keep guns out of the hands of people who should not have those guns."

"Well, first of all, I'm not shouting. It's just when women talk, some people think we're shouting," she said.

Sanders later denied that it was a sexist comment.