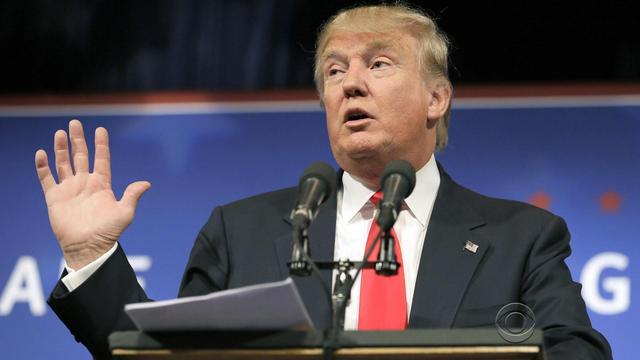 Presidential candidate Donald Trump continues to test the limits of what he can say and still retain his poll-topping popularity. His derogatory comments about opponent Carly Fiorina's looks were published in a magazine piece Wednesday.

In his Rolling Stone profile of Trump, writer Paul Solotaroff, who traveled with Trump for his story, described a scene on the billionaire's plane, in which Trump provided a running commentary of the television news onscreen. Scott Walker appeared on screen, and Trump's staffers laughed as he made fun of the Wisconsin governor. And then, Carly Fiorina appeared.

As Solotaroff writes it:

When the anchor throws to Carly Fiorina for her reaction to Trump's momentum, Trump's expression sours in schoolboy disgust as the camera bores in on Fiorina. "Look at that face!" he cries. "Would anyone vote for that? Can you imagine that, the face of our next president?!" The laughter grows halting and faint behind him. "I mean, she's a woman, and I'm not s'posedta say bad things, but really, folks, come on. Are we serious?"

Fox News' Megyn Kelly, who has herself been on the receiving end of some of Trump's insults, had Fiorina on her show "The Kelly File" as a guest Wednesday night. She read part of Trump's quote to Fiorina and asked for her reaction.

"I think those comments speak for themselves and all the many, many thousands for voters out there that are helping me climbing in the polls - yes, they are very furious," Fiorina responded, adding, "I won't spend a single cycle wondering what Donald Trump means - but just maybe I am getting under his skin a little bit because I am climbing in the polls."

This was not the first time Trump has mocked Fiorina - in August, he tweeted about the lone woman in the GOP presidential field: