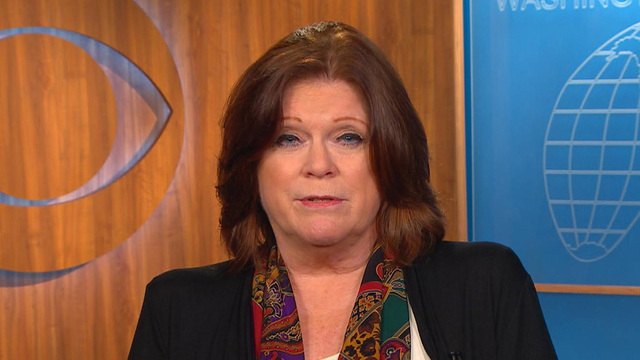 Authorities have yet to determine a motive in the deadly San Bernardino shooting massacre that killed 14 people and wounded 21, but experts say it is "highly unusual" compared to other mass shootings.

Perhaps chief among the atypical characteristics is the fact that one of the suspects was a woman - 27-year-old Tasheen Malik - two criminal justice experts noted on "CBS This Morning" Thursday.

"It's definitely an outlier, as far as mass shootings go," Eugene O'Donnell, a law and police studies professor at John Jay College of Criminal Justice and a former New York City police officer. "We want to resist stereotypes ... but the bad actor tends to be the man [rather] than the woman usually."

Malik and her husband, 28-year-old Syed Farook, both died in a police shootout hours after embarking on their deadly rampage.

But a female shooting suspect is just one of several other unusual details that have surfaced in the ongoing investigation.

Farook was an employee with the San Bernardino County Department of Public Health, which was holding a holiday banquet at the Inland Regional Center, a social services center that serves individuals with intellectual and developmental disabilities. Police said Farook had attended the event but left after reportedly getting into a dispute. He returned a short time later with his wife, both decked out in tactical gear and carrying automatic rifles and handguns as they began their attack.

While this has led to some speculation that Farook was a disgruntled employee motivated by a workplace dispute, Mary Ellen O'Toole, a former FBI senior criminal profiler and 25-year veteran of mass shooting investigations says "that doesn't make sense at all behaviorally" because the attack was "extremely strategic" -- one that would have taken perhaps months to plan.

"There are some who say this was very personal. ... That may be true, but it also may have made it a softer target for him. I don't believed based on how strategic the plan was that he had a fight (that) precipitated the attack," O'Toole said. "The fight or disagreement that people have described -- if in fact that did occur -- could have been staged."

What's also unusual, according to O'Toole, is that the shooters did not commit suicide, which is the case in 40 percent of active shooter situations, according to FBI data.

Coworkers have reportedly described Farook as "reserved," "polite," and appearing to be "living the American dream." But O'Toole warned that these impressions could simply be "trappings of normalcy" to cover up the plot.

"My experience is that the general public does not know how to read for signs of dangerousness and certainly in this case, if these two individuals wanted to carry out the attack that they did in fact carry out, they're going to behave in a normal, quiet, be-able-to-get-along type of fashion with other people," said O'Toole. "They don't want to have this mission interrupted."

O'Toole also said that fleeing the scene after the massacre was part of the shooters' "escape plan," even suggesting that they may have had intentions of doing "something else," - especially given reports that they had dropped off their 6-month-old child with her grandmother. Police revealed Thursday that 12 pipe bomb and 3,000 rounds of ammunition were found in the home they were renting.

Authorities have also not ruled out terrorism as a possible motive. On Thursday, President Obama said that it's "possible that this was terrorist related, but we don't know."

A source tells CBS News that the pair had viewed ISIS propaganda online.

"The 9/11 attackers certainly were able to have what appeared to be normal lives, and they'll have separate personalities," said O'Donnell. "Typically, the other people say, 'We had no notice, no warning whatsoever about this person."