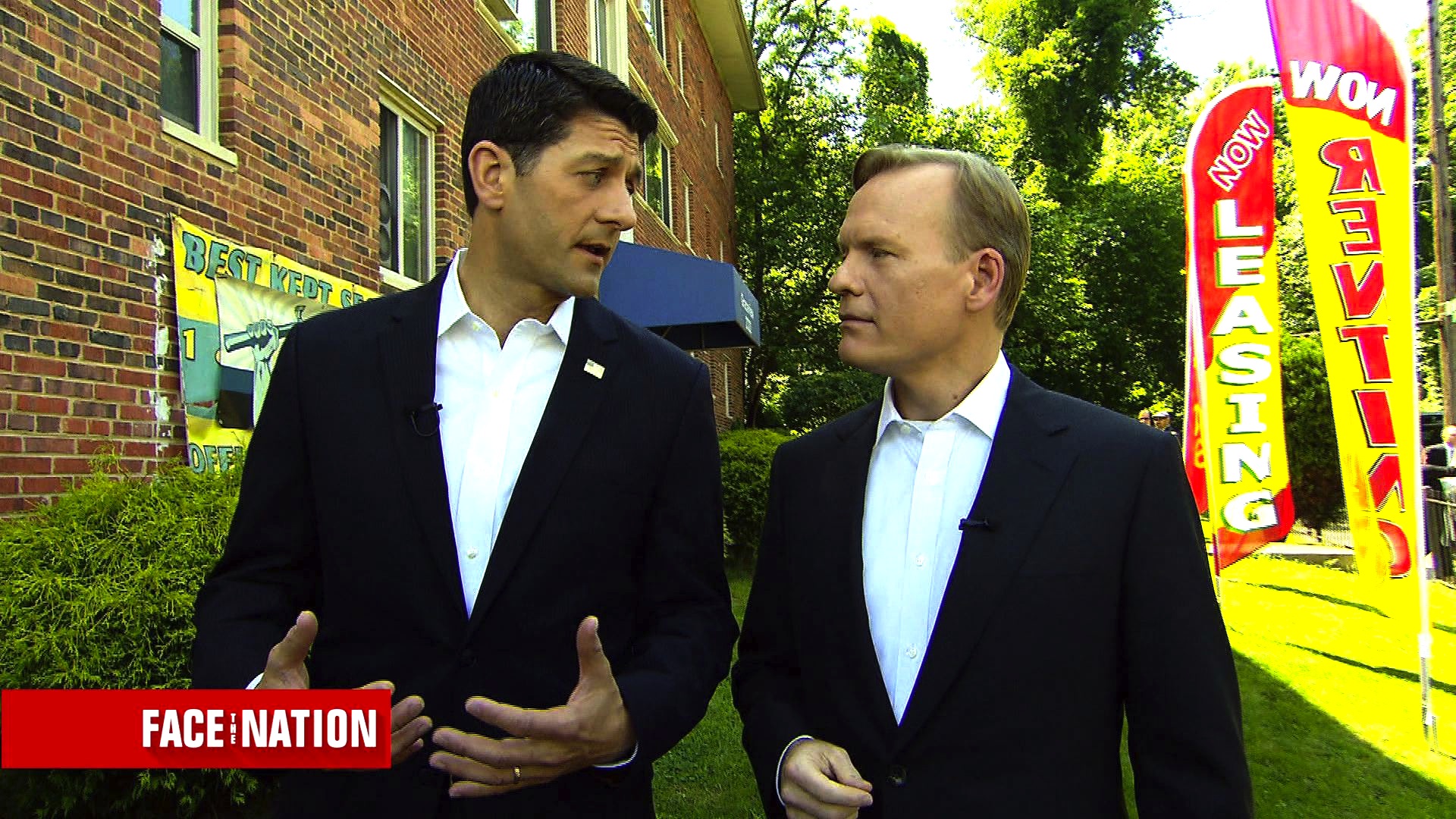 "Look, as Republicans as conservatives, we want to run inclusive campaigns," Ryan told "Face the Nation" host John Dickerson this week during a visit to Anacostia, one of D.C.'s poorest neighborhoods, where he unveiled a new anti-poverty agenda. "We want to run an inspiring campaign. We want to inspire our fellow citizens and we want to earn a mandate to fix the country's problems. And that's the kind of campaign that we are hoping for."

"And yes, in the last few days that is not the kind of campaign we've been seeing," he added. "But hopefully this is a learning experience. Hopefully, you know, we can learn from this and move forward with a better tone and campaign that everybody can be proud of, that unifies people that doesn't divide people."

Ryan made news this week when he slammed presumptive Republican nominee Donald Trump for attacking the Mexican heritage of a judge presiding over a case involving the now-defunct Trump University.

"I do think that those comments are racist comments" Ryan told Dickerson during their interview. "That's why I've disavowed them completely. What bothers me about the comments is it doesn't reflect who we are or what we think or how we think as Republicans...the notion that someone's ethnicity or race effects the way they do their job is completely the opposite of what we believe."

"Like I always say, let the left play identity politics," he continued. "We as conservatives should reject every kind of identity politics. We should not be running campaigns that divide people."

For more of our interview with Speaker Ryan, tune in this Sunday. Check your local listings for airtimes.