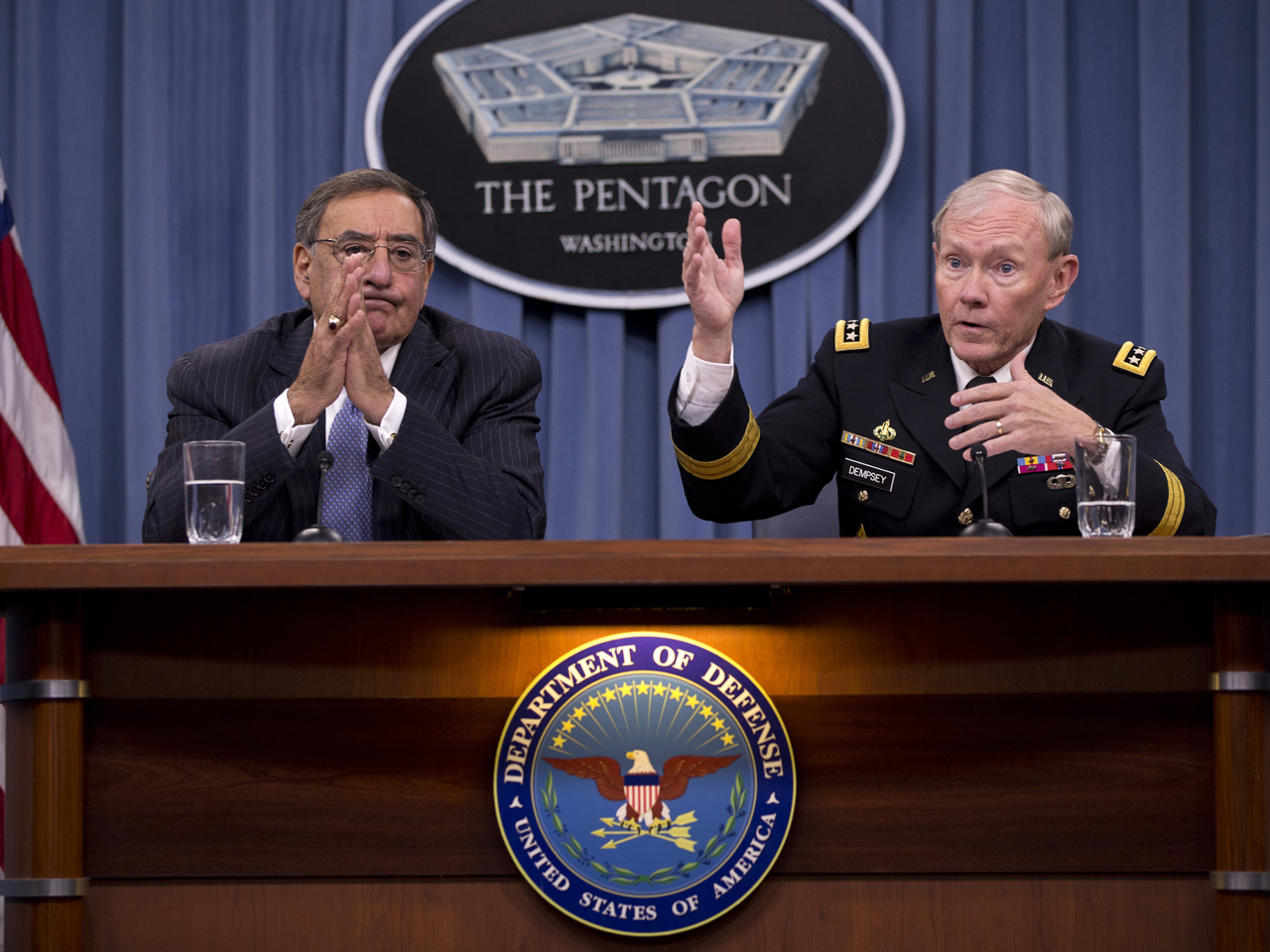 WASHINGTONDefense Secretary Leon Panetta says the U.S. military did not intervene during the attack on the U.S. Consulate in Libya last month because it was over before the U.S. has sufficient information on which to act.

At a news conference, Panetta lamented second-guessing about how the U.S. handled the attack in Benghazi on Sept. 11, which saw the deaths of four Americans, including U.S. Ambassador Christopher Stevens. He said the U.S. military was prepared to respond but did not do so because it lacked what he called "real-time information."

"You don't deploy forces into harm's way without knowing what's going on," Panetta said. "(We) felt we could not put forces at risk in that situation."

When pressed about the drone that had been diverted to the consulate that could have provided real-time information, Panetta said: "There's a lot of Monday morning quarterbacking going on here."

Panetta also said he and senior U.S. military commanders felt strongly about being cautious, adding: "It was really over before we had the opportunity to really know what was happening."

When CBS News correspondent David Martin asked whether they had forces on any heightened alert in that area because of the approaching anniversary, Panetta said they did.

Gen. Dempsey added: "And let me point out, it was 9/11 everywhere in the world."

On the night of the attack, a team of American military commandos were sent from Europe to an airfield at Sigonella, in Sicily, Italy, putting them at least an hour's flight away from Benghazi.

The team, known as the Commander's In-extremis Force, was designed specifically for quick reaction to unforeseen emergencies. But U.S. officials say it did not arrive in Sicily until after the attack was over.

Even if the team had been ready in time, confusion about what was happening on the ground in Benghazi -- and State Department concerns about violating Libyan sovereignty -- made a military rescue mission impractical, officials say.

The confusion over the response to the raid, both militarily and with public statements from the Obama administration about it, has led the event to become an issue for the GOP in the run-up to November elections.

Boehner sent a letter to Obama on Thursday asking whether he or senior administration officials had been personally briefed about security at the consulate in Benghazi by Ambassador Chris Stevens, who died in the attack. The Ohio Republican also asked if military options were considered by the White House during or immediately after the attack.

Boehner insisted in the letter that the national debate over the incident shows that Americans are concerned and frustrated about the administration's response to the attack.