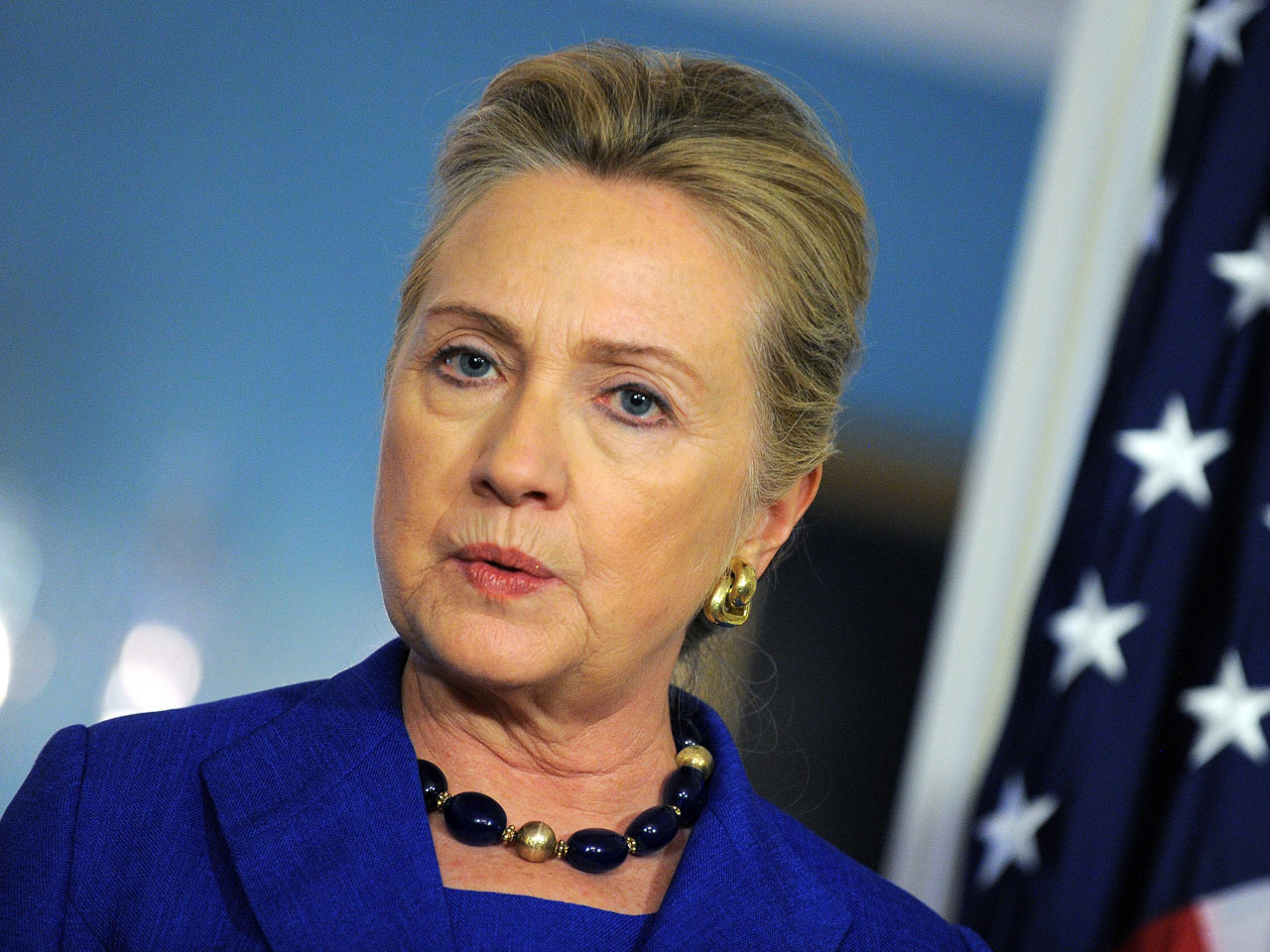 Washington Secretary of State Hillary Rodham Clinton cautioned that a newly released State Department communication sent during the Sept. 11 attack on the U.S. Consulate in Benghazi is "not in and of itself evidence" that the administration had definitively assessed the assault as a terrorist attack from the beginning.

On Tuesday, CBS News obtained three email alerts that were put out by the State Department as the attack unfolded. Four Americans were killed in the attack, including Ambassador Christopher Stevens.

The body of the text continued the message: "on Facebook and Twitter and has called for an attack on Embassy Tripoli."

The document may fuel Republican efforts to show that the White House knew it was a terrorist attack, even as the U.S. ambassador to the United Nations was saying — five days afterward — that it appeared to be a protest gone awry.

The Obama administration's account of the Benghazi events has become a presidential campaign issue, with Republican challenger Mitt Romney and GOP lawmakers accusing the White House of misleading Americans about the nature of the attack.

Clinton told reporters on Wednesday that the claim of responsibility noted by department officials was posted on Facebook and "is not in and of itself evidence and I think it just underscores how fluid the reporting was at the time, and continued for some time to be." She cautioned against "cherry picking one story here or one document there" and said it is critical to look at the totality of information before coming to any conclusions.

The messages were sent from the State Department Operations Center to a number government and intelligence agencies. Included were the White House Situation Room, the office of the Director of National Intelligence, and the FBI.

The first one, sent at 4:05 p.m. ET, read: "US Diplomatic Mission in Benghazi Under Attack" -- "approximately 20 armed people fired shots; explosions have been heard as well. Ambassador Stevens, who is currently in Benghazi, and four COM (Chief of Mission/embassy) personnel are in the compound safe haven."

At 4:54 p.m., less than an hour later, another alert was sent: "the firing... in Benghazi...has stopped...A response team is on site attempting to locate COM (embassy) personnel."

The emails are just a few in what are likely a large number traded throughout the night.

White House press secretary Jay Carney likewise said the emails represented just one piece of information the administration was receiving at the time.

"There were emails about all sorts of information that was becoming available in the aftermath of the attack," Carney said. "The whole point of an intelligence community and what they do is to assess strands of information and make judgments about what happened and who is responsible."

Nearly from the beginning of the investigation into the attack, there have been questions surrounding the administration: whether the State Department had provided adequate security for its diplomatic team in a nation struggling to control powerful militias; and how quickly it concluded the attack was the work of organized militants and not simply a spontaneous outgrowth of protests against an anti-Islam film.

Meanwhile, there were some developments regarding the investigation.

U.S. investigators are in possession of at least some of the security video, of decent quality, from the consulate attack in Benghazi and are reviewing it, a U.S. government official told CBS News.

The video comes from 10 cameras and was retrieved by the FBI from the Libyans who removed them from the compound days after the attack, reports CBS News correspondent Margaret Brennan. The video, from non-infrared cameras, isn't complete and the feeds aren't simultaneous.

And Tunisian authorities said they had arresteda 28-year-old Tunisian reportedly linked to the U.S. consulate attack in Libya.

Tunisian Interior Ministry spokesman Tarrouch Khaled said Wednesday that Ali Harzi was in custody in Tunis. Khaled tells The Associated Press "his case is in the hands of justice." He did not elaborate.

In Washington, the State Department had no comment. Earlier this month, Defense Secretary Leon Panetta said the U.S. has been looking into the arrests of two Tunisian men being detained in Turkey reportedly in connection with last month's attacks on the consulate.