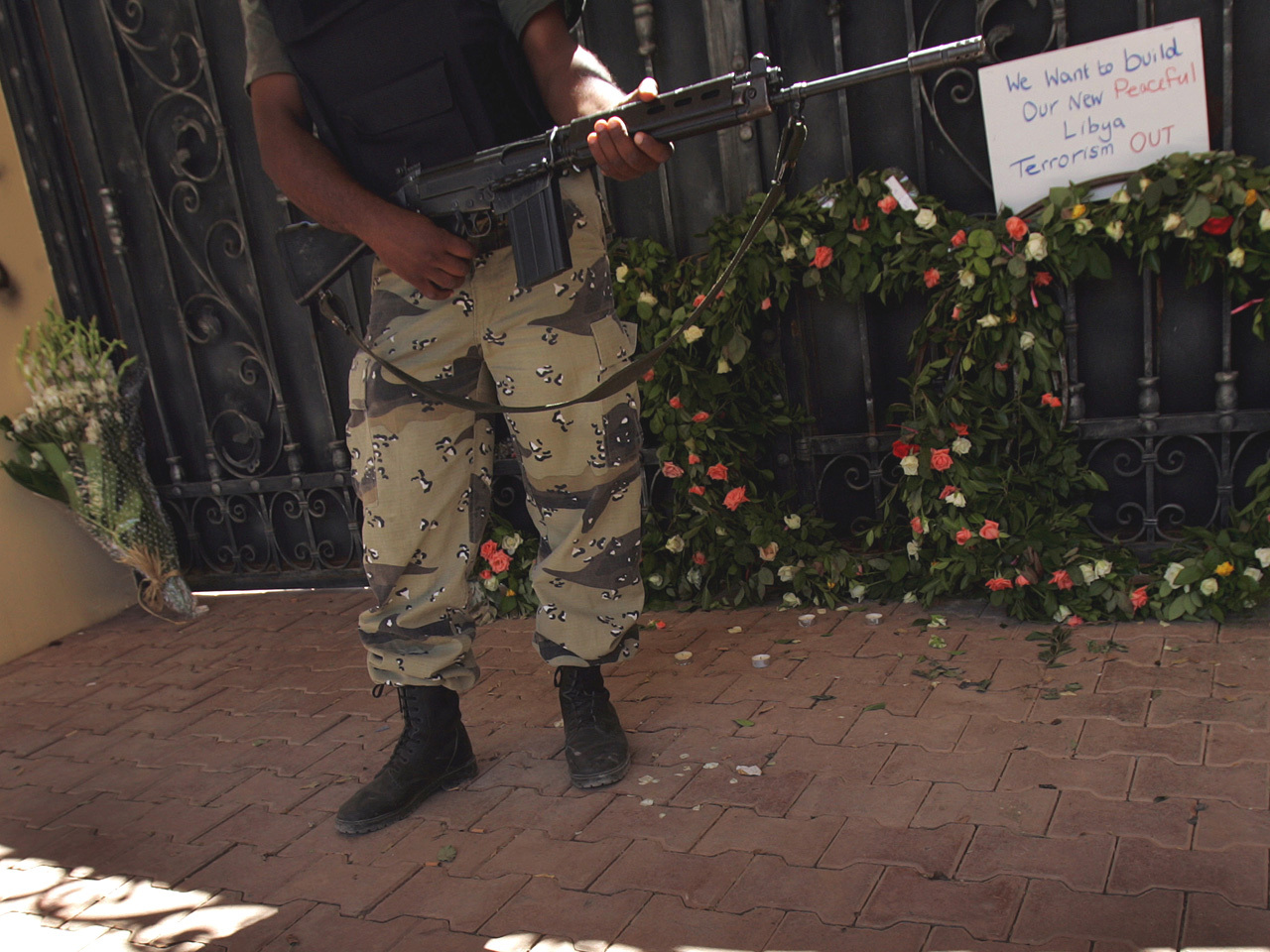 CAIRO An Egyptian security official says a man killed in a security ambush in a Cairo suburb is a Libyan national suspected of links to the deadly attack on the U.S. Consulate in Benghazi.

The official says authorities identified the suspect on Thursday as 35-year-old Karim el-Azizi. The official says a large number of explosives were found in his apartment including 15 rocket-propelled grenades and 195 hand grenades.

The official says that when security forces cordoned off the area late Wednesday, the suspect detonated a bomb and was found dead in the apartment.

The official spoke on condition of anonymity because he was not authorized to speak to the press.

El-Azizi is the first suspect Egypt has linked to the Benghazi attack.

In Tunisia, suspect Ali Harzi was repatriated on Oct. 11 by authorities in Turkey, and a judge issued his arrest warrant, lawyer Ouled Ali Anwar told The Associated Press. He said his client was told by a judge Tuesday that he has been charged with "membership of a terrorist organization in a time of peace in another country."

U.S. officials told CBS News' David Martin Wednesday that Harzi is not considered to be one of the ring leaders of the Benghazi attack. So far the FBI has not been allowed to question him.

A person who saw Harzi's court dossier told The Associated Press that the file links him to the Sept. 11 attack on the consulate, which left Ambassador Christopher Stevens and three other Americans dead.