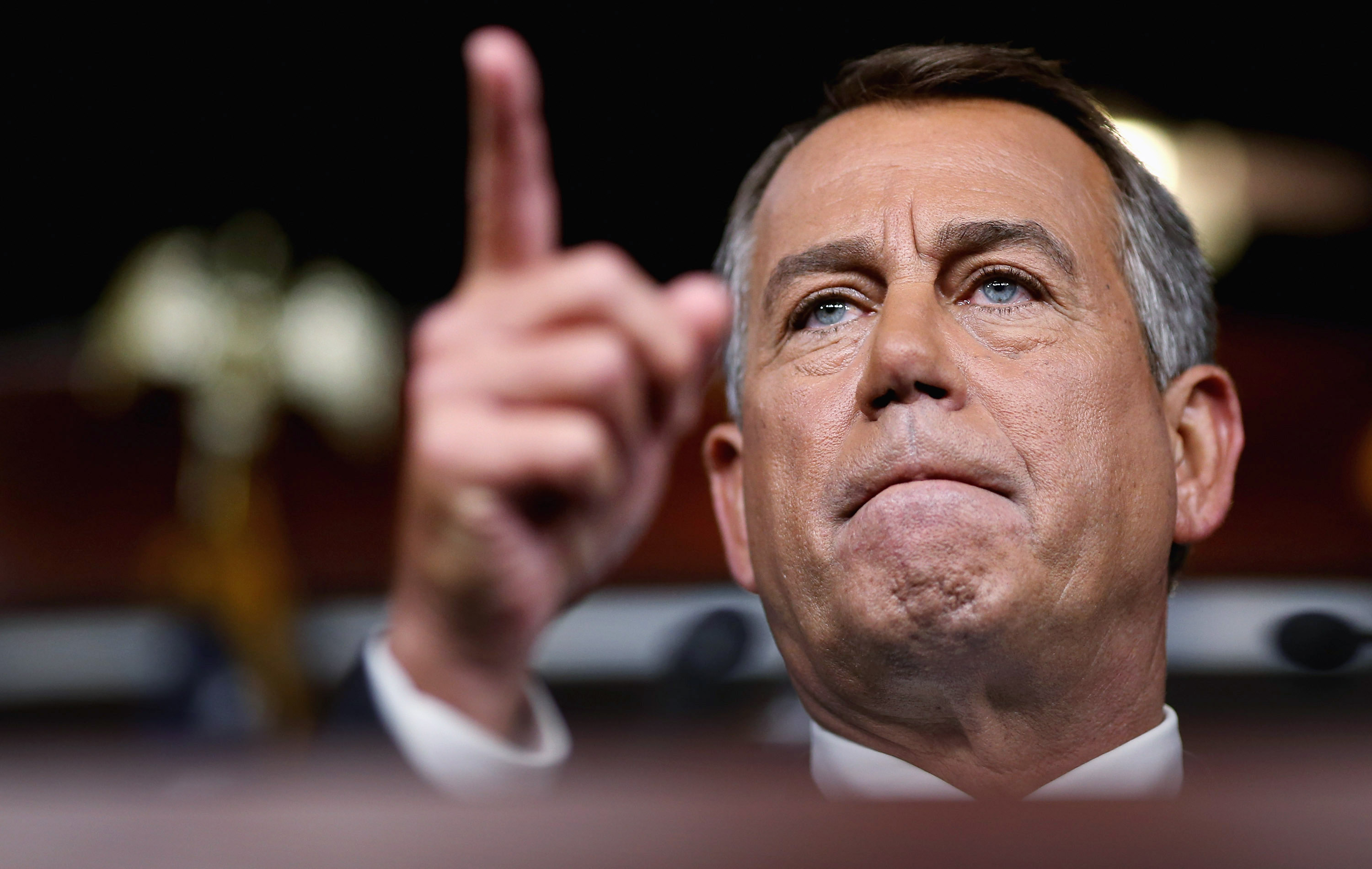 House Speaker John Boehner, R-Ohio, sent a letter to President Obama today asking for answers about the attacks on the U.S. consulate in Benghazi, Libya. Boehner said the Obama administration's explanation in the aftermath of the attack that killed four Americans contradicted records that are becoming public.

"In the absence of your direct engagement to clarify these concerns," Boehner wrote, "the public's frustration and confusion is likely to discredit efforts to achieve our shared goals of justice and accountability...."

Boehner pointed to new information unearthed in recent days and weeks. He says it is "clear" that U.S. Ambassador to Libya Chris Stevens, one of the four killed in the attack, was concerned about security and that it is "clear that information now in the public domain contradicts" the administration's initial explanation that the attack was "spontaneous" and the result of an anti-Muslim film.

Boehner asked the president to provide answers regarding the last time he was briefed by Ambassador Stevens and if he was made aware that U.S. military support was offered during or immediately after to counter the assault. In the letter, Boehner asked how he is going to "handle the detainment and interviews of persons of interest" and if the president would respond "unilaterally."

Members of the House Oversight and Government Reform Committee also sent a letter to the president today asking for clarification.

Meanwhile, not all Republicans are criticizing the Obama administration. In an interview with Fox News' Greta Van Susteren Wednesday, former Secretary of State under President George W. Bush, Condoleezza Rice, said under the "fog of war" there is a lot of "competing information coming in." She said people should hold off making judgments until all the information has been gathered.

"When things are unfolding very, very quickly, it's not always easy to know what's going on on the ground," Rice said. "It's easy to try and jump to conclusions about what might have happened here it's probably better to let the relevant bodies do their work."

When asked for response, the White House declined to respond. The FBI and the State Department's Accountability Review Board are two of the investigative arms of the government investigating the attack and the administration's response.