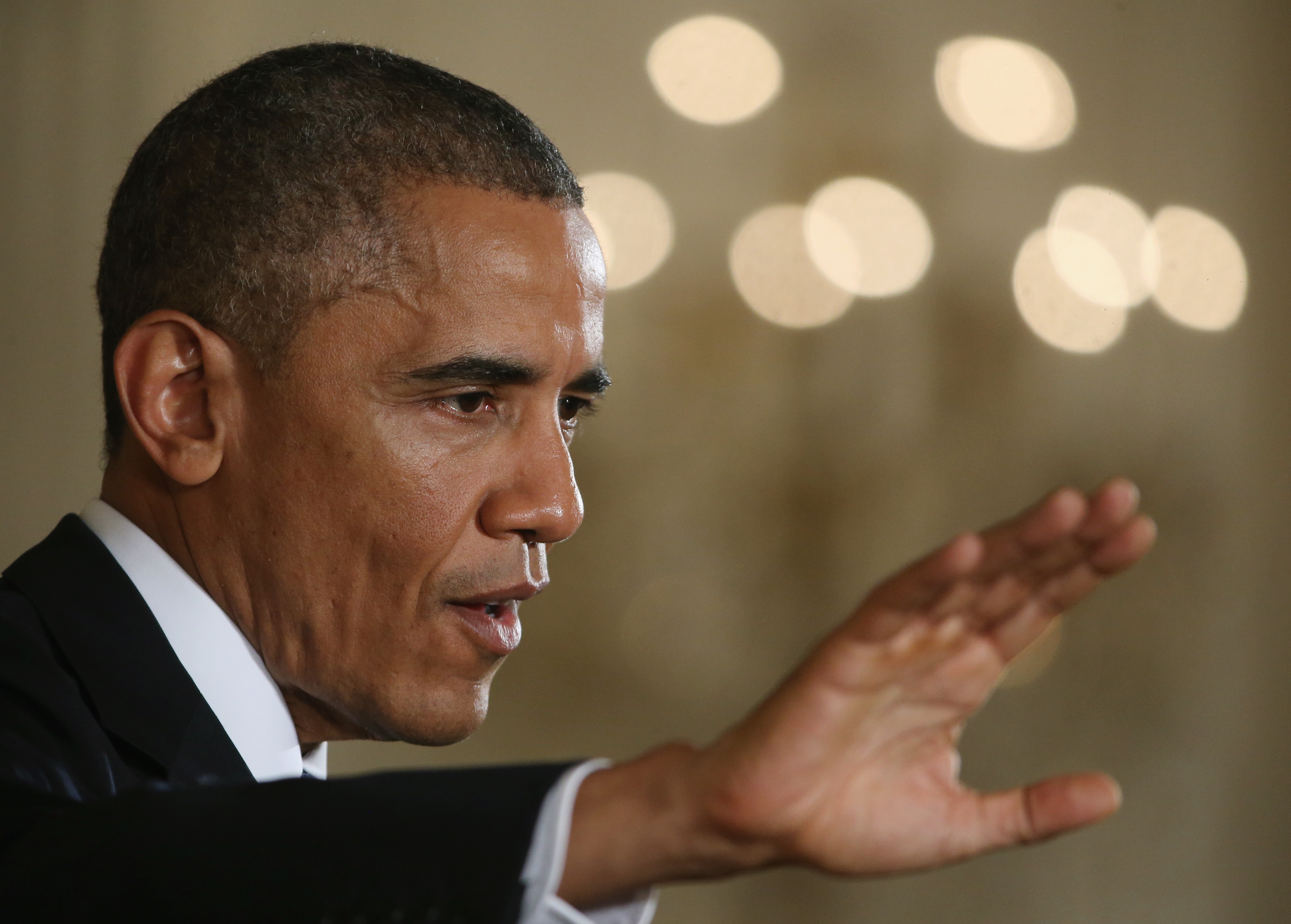 President Obama will unveil his long-awaited plans for unilateral action on immigration Thursday evening and then travel to Las Vegas, Nevada, to promote his plan, according to a video released by the White House Wednesday.

"Everybody agrees that our immigration system is broken. Unfortunately Washington has allowed the problem to fester for too long and so what I'm going to be laying out is the things that I can do with my lawful authority as president to make the system work better even as I continue to work with Congress and encourage them to get a bipartisan comprehensive bill that can solve the entire problem," he says in the video.

White House Press Secretary Josh Earnest, touting the announcement, said that in under an hour the video reached 1.2 million users on Facebook, was viewed 227,000 times and shared another 12,000 times.

Earnest also said that the president had invited 18 Democrats from the House and Senate for dinner at the White House Wednesday evening to discuss his plans.

The Friday event will take place at Del Sol High School in Las Vegas, where the president delivered remarks calling on Congress to pass comprehensive immigration reform in January 2013.

The action could protect up to 5 million undocumented immigrants from deportation. Immigration groups believe he'll expand on an action he took in 2012 to protect immigrants brought to the U.S. illegally as children. That program, called Deferred Action for Childhood Arrivals (or DACA), grants these immigrants a two-year reprieve from deportation and provides them with a work permit if they meet certain qualifications. This deferral can also be renewed.

After delaying an announcement planned for the end of summer, Mr. Obama delayed again, in order to avoid hurting some Democratic Senate candidates before the midterm elections. Democrats ended up losing the Senate anyway. Although many Republicans argue that the president is overstepping his constitutional authority with this action, Mr. Obama has said they can easily replace his actions with a bill of their own.

"Their time hasn't run out," he said in an interview with "Face the Nation" host Bob Schieffer earlier this month. "The minute they pass a bill that addresses the problems with immigration reform, I will sign it and it supersedes whatever actions I take. And I'm encouraging them to do so," he said.

"If, in fact, a bill gets passed, nobody's going to be happier than me to sign it, because that means it will be permanent rather than temporary," he added.

But the timing of the announcement could throw a wrench into end-of-year negotiations over government funding. Congress must pass a short-term spending bill by Dec. 11 or risk a government shutdown.

Incoming Senate Majority Leader Mitch McConnell has ruled out a shutdown, but House Speaker John Boehner has not.

"If 'Emperor Obama' ignores the American people and announces an amnesty plan that he himself has said over and over again exceeds his Constitutional authority, he will cement his legacy of lawlessness and ruin the chances for Congressional action on this issue - and many others," said Boehner spokesman Michael Steel.

When asked whether Mr. Obama would veto any spending bill that denied the funding for his actions, Earnest said that "would not be a proposal that the president would support," but didn't explicitly answer the question.

"We would evaluate these individual proposals on the merits before we made a final decision," he said.

Republicans are already threatening retaliation. In an op-ed published in Politico Wednesday, Sen. Ted Cruz, R-Texas, said that the next Congress should not confirm a single executive or judicial nominee outside of vital national security positions "so long as the illegal amnesty persists."

Ultimately, Mr. Obama's executive actions could have a short life span. The next inhabitant of the Oval Office could easily overturn them on the first day of his or her presidency.

New York University Law School Professor Adam Cox, an expert in immigration and constitutional law, also told CBS News last week that if the next Oval Office occupant reverses DACA and any potential expansion of the program, immigrants who had been protected under these orders could try to sue the government for a violation of due process if they're forced to return to their native countries while they still have time left on their deportation deferrals.