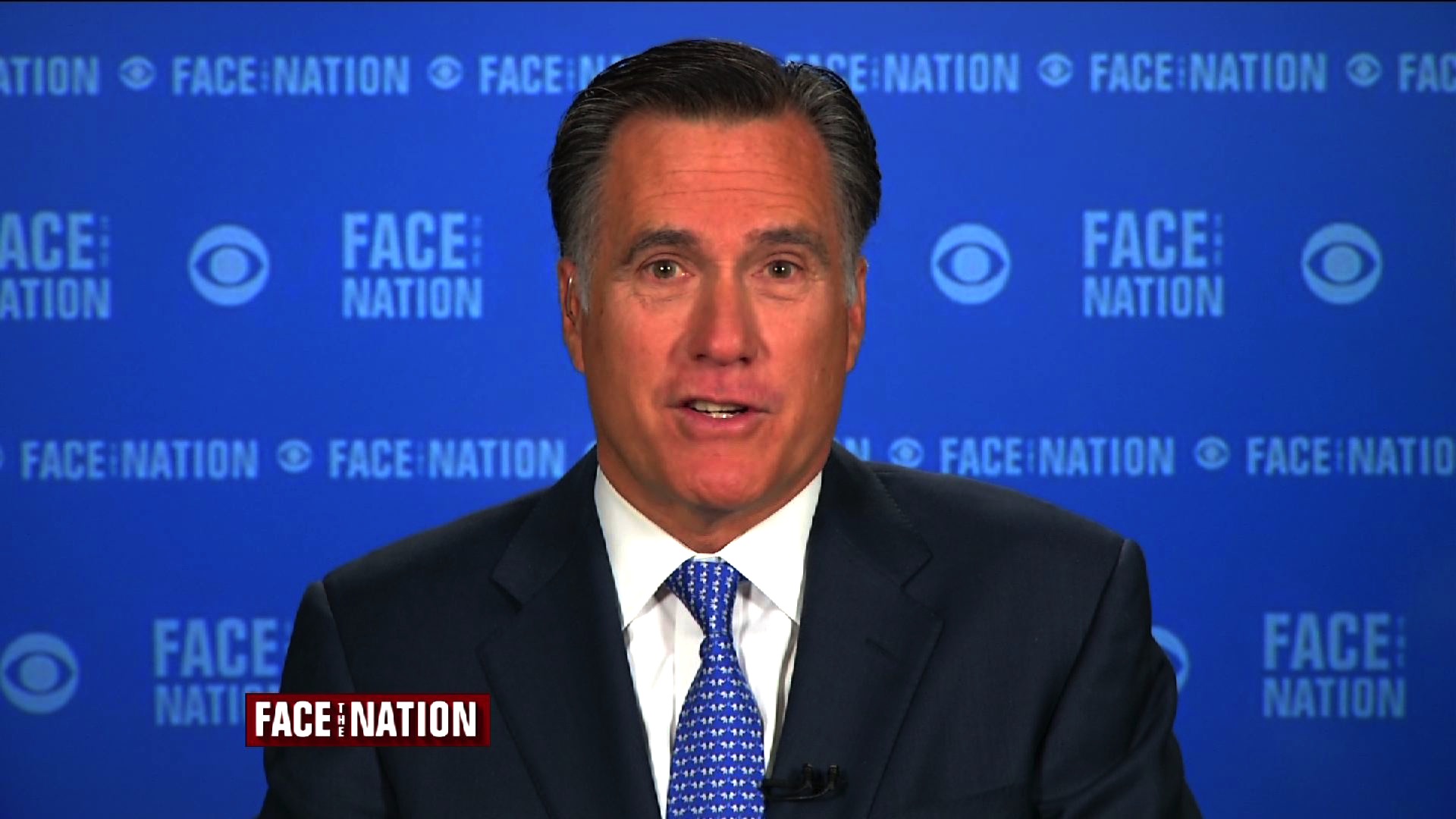 As President Obama gets closer to taking executive action on immigration reform, Republicans say that he is ignoring the American people and provoking the GOP in the process.

"My advice to the Democrats at this point and to the president in particular is take a breath. The president said that he was not on the ballot in the election that was just held, but that his policies were. And the American people sent a very clear message to the president about his policies. They're not happy about them," said 2012 GOP presidential nominee Mitt Romney in an interview with CBS' "Face the Nation" Sunday.

Romney called the potential unilateral action "extra-constitutional," and a move that would be "poking an eye of the Republican leaders in Congress" and, ultimately, something that would hurt the people who would be affected by any executive action because it would deny them a permanent solution.

"The president has got to learn that he lost this last election round, the American people spoke loud and clear. Let those people who were elected come together with a piece of legislation on this and other topics, and then he has a chance to veto them if he doesn't like them. But the idea of violating the principles of our constitution, which is a balance of power, checks and balances, that is something which is wrong," Romney said.

One of the more conservative Republicans in the Senate, Mike Lee of Utah, said the choice the president faces is, "He can listen to the American people, which I think would be good, or he can turn away from what the American people have said."

Democratic Sen. Claire McCaskill from Missouri, in a separate interview on the show, also said she believes Congress should take action on immigration reform - but not necessarily for the same reason as Republicans.

"I'll tell you what a poke in the eye is," she said, responding to Romney. "A poke in the eye is for the United States Senate, almost a year and a half ago, passing by a two-thirds majority a comprehensive immigration bill with Republicans voting for it from places like Tennessee and South Carolina that just got reelected by double digits. And Speaker Boehner has refused to debate one of the most complicated and difficult problems facing our country. They won't take our bill up."

"All he has to do next week if he doesn't want the president to act is take up the Senate bill," McCaskill added. "Amend it, change it, put up your own bill. Let's get back to doing our work instead of just blaming the president for everything."

She said she was personally "not crazy" about the idea of the president taking unilateral action.

One of the looming questions is whether the immigration fight will lead to a government shutdown as Republicans look for ways to block the president from taking action on immigration. Both Lee and Romney said such a move was not likely.

"I think there's got to be more productive ways for us to be able to impress on the president the need to work for a permanent solution as opposed to a temporary stop-gap solution," Romney said.

It is still unclear how Republicans will respond to any moves by the president. In his interview, Lee said that calculation will depend on "what he does and when he does it, how he goes about it and what his proposed basis for doing that is."

"It's difficult for us to know how best we should respond when we don't know what he is going to do yet," he said, adding that Republicans want to ensure that Congress' "institutional prerogative" as the lawmaking body is respected.

The GOP is likely to pursue other contentious issues, including a vote on a full repeal of the Affordable Care Act, though there are not enough Republicans in Congress to overturn a veto from the president.

"Even though we don't have the votes to override the veto, if that's what the president wants to do then the president needs to stand ready to explain to the American people why it is that a healthcare law that's making healthcare more expensive and more difficult for many people to get is still a law that he wants to impose on them," Lee said.

He also predicted Republicans will purse several changes to the law, including a repeal of the medical device tax, the restoration of the 40-hour workweek under the law, and possibly a vote on repealing the individual mandate.

On the Democratic side, McCaskill argued that the message of the election was that the American people want to see consensus and compromise in Congress, though she faulted Republicans for constantly blaming the president. She was among the handful of Democrats that did not vote in favor of re-electing Sen. Harry Reid, D-Nevada, as the majority leader.

"Our party got walloped and I think they're saying we need to change what we're doing and I think change begins with leadership," she said. "It's just common sense and it's not complicated."

But she also rejected the idea that adding Sen. Elizabeth Warren, D-Massachusetts, to the Democratic leadership means her party is veering to the left.

"I think that the leadership team hopefully may expand even more with more moderates in it. And by the way, the same day that Elizabeth Warren was selected, so was John Tester, a flat top farmer from Montana who's about as salt of the earth as you can get and who is a moderate through and through. And so his voice is going to be in that room along with Elizabeth Warren," she said.