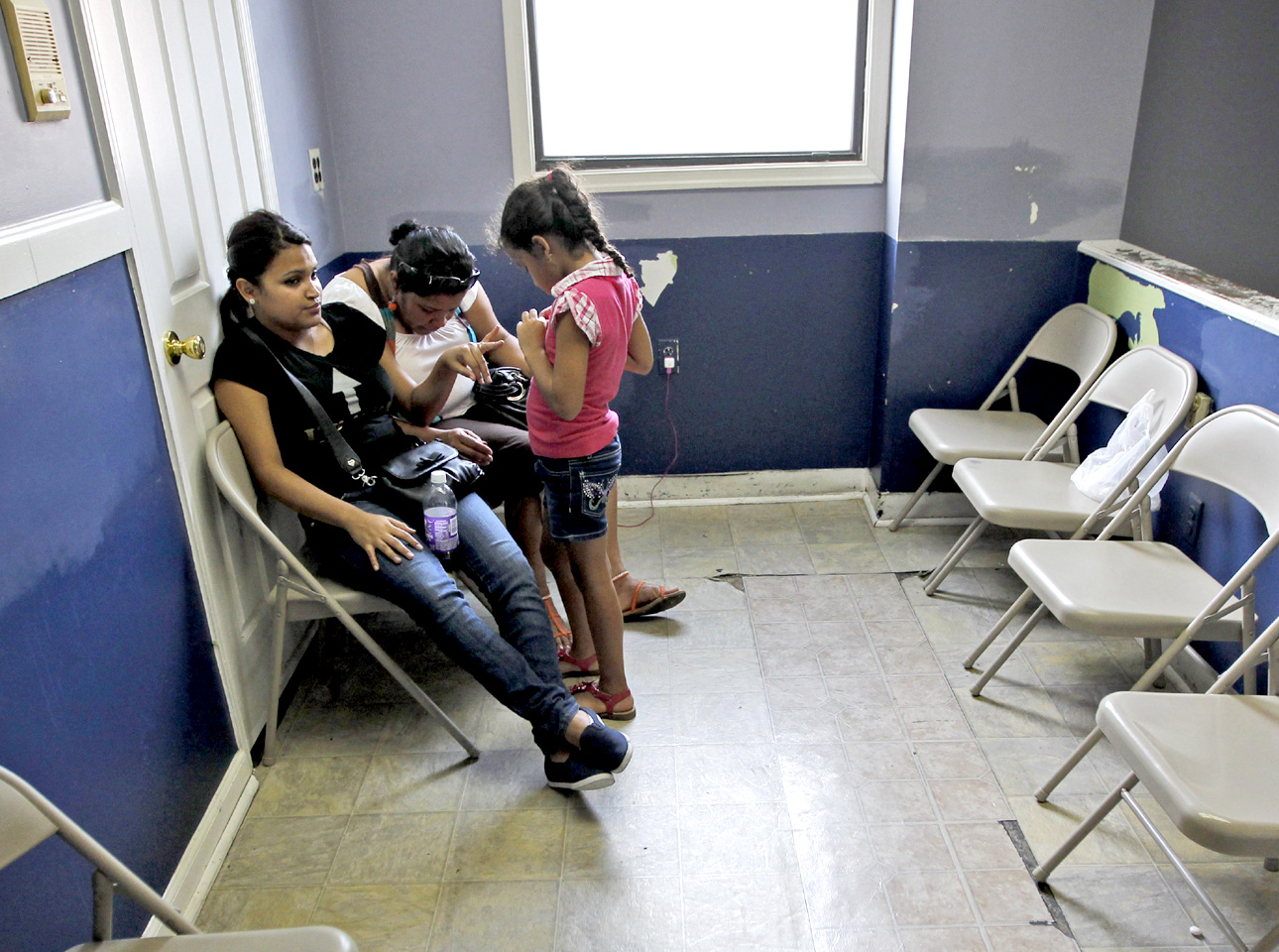 (AP) WASHINGTON - The Obama administration on Tuesday directed young illegal immigrants to fill out new forms and pay $465 if they want to apply under a new program that would let them avoid deportation and obtain a U.S. work permit.

The government renewed warnings that the process wouldn't lead to citizenship or give them permission to travel internationally. It will begin accepting immigrants' applications Wednesday.

The announcement came just months before what is shaping up to be a tight contest for the White House.

President Barack Obama has come under fire by Hispanic voters and others who have say he hasn't fulfilled a previous campaign promise to reform the nation's immigration laws. The policy change could stop deportations for more than a million young illegal immigrants.

The paperwork for the program, known as Deferred Action for Childhood Arrivals, can be downloaded from the U.S. Citizenship and Immigration Services website, said the agency's director, Alejandro Mayorkas. Applicants must pay a $465 fee and provide proof of identity and eligibility.

Under guidelines that the administration announced Tuesday, USCIS said proof of identity and eligibility under the program could include a passport or birth certificate, school transcripts, medical and financial records and military service records. The Department of Homeland Security said that in some instances, multiple sworn affidavits, signed by a third party under penalty of perjury, could also be used.

A decision on each application could take several months, and immigrants have been warned not to leave the country while their application is pending. If they are allowed to stay in the United States and want to travel internationally, they will need to apply for permission to come back into the country, a request that would cost $360 more.

The administration announced the plan in June to stop deporting many illegal immigrants brought to the U.S. as children. To be eligible, immigrants must prove they arrived in the United States before they turned 16, are 30 or younger, have been living here at least five years, and are in school or graduated or served in the military. They also cannot have been convicted of certain crimes or otherwise pose a safety threat.

Mayorkas said being approved to avoid deportation "does not provide lawful status or a path to citizenship."

Critics of the program, including House Judiciary Committee Chairman Lamar Smith, a Republican, have called the policy backdoor amnesty and say they worry about fraud.

"While potentially millions of illegal immigrants will be permitted to compete with American workers for scarce jobs, there seems to be little if any mechanism in place for vetting fraudulent applications and documentation submitted by illegal immigrants," Smith said Tuesday.

DHS said anyone found to have committed fraud will be referred to federal immigration agents.

The Migration Policy Institute estimated last week that as many as 1.7 million people could be eligible to stay in the U.S. and legally work under the new policy.

DHS officials have repeatedly said the department doesn't have an estimate on how many people may apply. In an internal document outlining the program's implementation officials estimated about 1.04 million people would apply in the first year, and about 890,000 would be eligible.

The document, obtained by The Associated Press, estimated that the program could cost between $467.7 million and $585.4 million. The department anticipated collecting about $484.2 in fees.