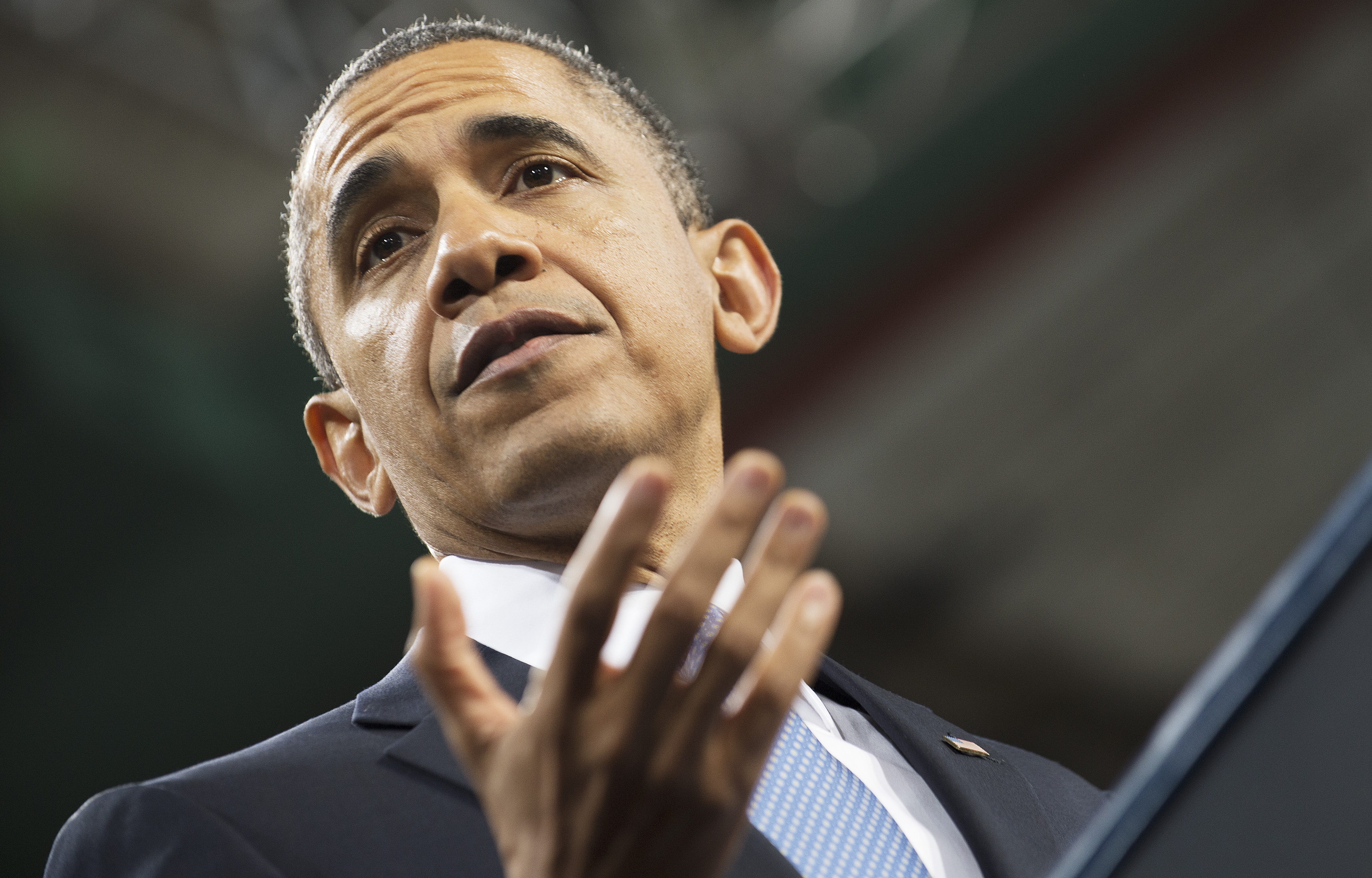 Taking a cooperative and optimistic tone, President Obama today urged the public to support bipartisan efforts at immigration reform, appealing both to voters' pocketbooks and their sentimentality.

"I'm here because most Americans agree it's time to fix the system that's been broken for way too long," Mr. Obama said at Del Sol High School in Las Vegas, Nevada. "Business leaders, faith leaders, labor leaders, law enforcement and leaders from both parties are coming together to say now is the time... Now's the time to do this so we can strengthen our economy and strengthen our country's future."

The president today unveiled a blueprint for comprehensive immigration reform very similar to the framework released a day earlier by a bipartisan group of eight senators. Mr. Obama's plan includes steps for smarter enforcement of immigration laws, a pathway to citizenship for the nation's 11 million undocumented immigrants, and improvements in the legal immigration system.

"It looks like there's a genuine desire to get this done soon, and that's very encouraging," Mr. Obama said. "But this time action must follow. We can't allow immigration reform to get bogged down in an endless debate."

The president said his blueprint should provide Congress with "key markers" as they work on their own legislation, noting that his plan includes ideas supported by liberals and conservatives alike.

"It's important for us to recognize the foundation for bipartisan action is already in place," he said. "If Congress is unable to move forward in a timely fashion, I will send up a bill based on my proposal and insist that they vote up on it right away."

Mr. Obama's plan does include specific elements found in the Senate plan. For instance, both provide a streamlined pathway to citizenship for "dreamers" -- young people who were brought into the country illegally as children who meet a certain set of criteria. Both plans also include certain requirements for other undocumented immigrants who want to earn a green card, such as the requirement to learn English.

In spite of all the similarities, lawmakers could get bogged down in the details, as the president noted.

For instance, a fact sheet on the president's plan says same-sex families should be treated as other families, giving U.S. citizens and lawful permanent residents the ability to seek a visa on the basis of a permanent relationship with a same-sex partner. On "CBS This Morning," Sen. John McCain, R-Ariz., one of the lawmakers working on the bipartisan Senate plan, said that detail raised a "red flag," but that it will be addressed after there's broader consensus on a plan.

After the president's speech, Sen. Marco Rubio, R-Fla., who's also involved in drafting the Senate plan, said in response that he is concerned with a number of aspects of the president's agenda. Rubio criticized the president's "unwillingness" to make the pathway to citizenship contingent upon border security improvements -- although it's unclear at this point whether the president would agree to that. Rubio also criticized Mr. Obama for ignoring the issue of guest worker programs.

For most Americans, according to at least one poll, immigration reform is a relatively low priority. But Mr. Obama today made the case for why all Americans should care about it.

"If we're truly committed to strengthening our middle class and providing ladders of opportunity... we have to fix the system," he said.

Keeping undocumented workers in a "shadow economy" hurts the legitimate economy, he said. Meanwhile, the economy would be improved even further by encouraging high-skilled residents to stay in the country legally, Mr. Obama said, noting that companies like Intel and Instagram were started with the help of immigrants.

Noting the difficulty some foreign college students have staying in the U.S. after graduating, Mr. Obama said, "We're giving them all the skills they need to [be successful], but then we're going to turn around and tell them to start that business and create those jobs in China, or India... That's how you give new industries to our competitors."

The president also made an emotional appeal to voters, telling them, "This is not just a debate about policy, it's about people... who want nothing more than a chance to earn their way into the American story."

Noting the country's long history of immigration, the president said the debate shouldn't be framed as "us versus them."

"A lot of folks forget that a lot of 'us' used to be 'them,'" he said. "Unless you're one of the first Americans, a Native American, you came from some place else. Somebody brought you."