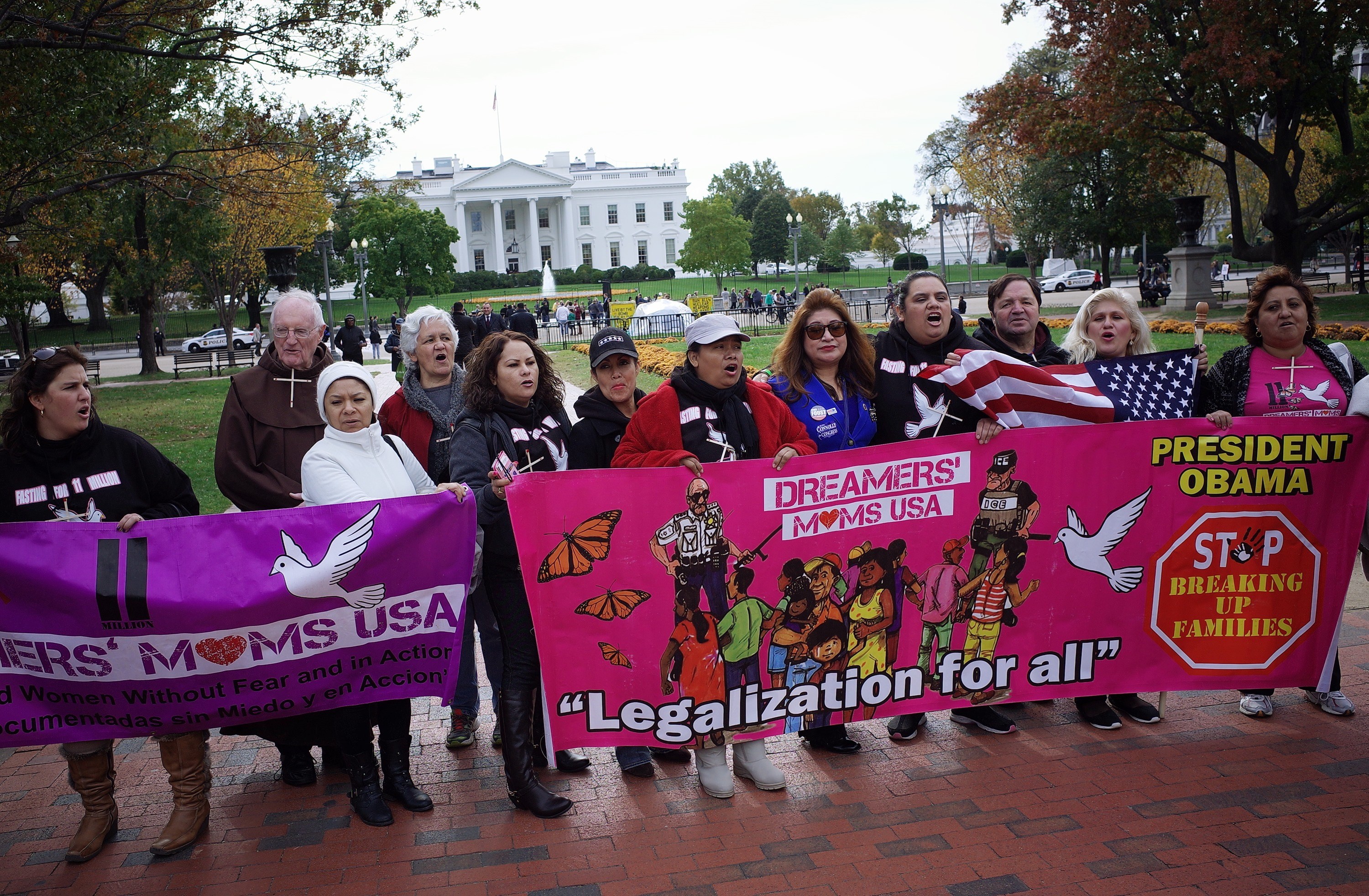 With the 2014 midterm elections out of the way, President Obama is preparing to unveil his long-promised executive action on immigration reform. The action is expected to expand the pool of people who are protected from deportation.

But with just two years left in office and limits on what he can do with his pen and his phone, the staying power of the Mr. Obama's actions will depend largely on what they look like.

There are a few different roads presidents can take to get around Congress. One popular approach is the formal executive order, although as a policy it can be fragile.

"All administrative forms of relief that are adopted as policies by executive branch officials are potentially subject to reversal by the next administration," New York University Law School Professor Adam Cox, an expert in immigration and constitutional law, told CBS News.

One way Mr. Obama could protect millions of illegal immigrants from deportation is by expanding another executive order, Deferred Action for Childhood Arrivals, (known as DACA) a 2012 program designed for certain immigrants brought to the country illegally as children. It gave them renewable two-year reprieves from deportation and provided them with work permits.

This program could be expanded to cover more people who have been living in the U.S. without permission. A recent analysis by the Migration Policy Institute (MPI) found that modifying the criteria--e.g., changing the age and educational thresholds, could expand the eligible population by tens of thousands or up to 1.9 million people. Or it could include those U.S. citizens' families who do not have permission to be in the U.S.: that population was estimated to be about 3.8 million in 2012.

Expanding DACA would mean relying on the Department of Homeland Security's power of prosecutorial discretion, in essence, exercising its judgment to defer deportation. Changes like these provide some relief from the threat of deportation, but they don't bestow citizenship or permanent residence.

And that lack of permanence could make quite a mess. Cox noted that if the next Oval Office occupant reverses DACA and any potential expansion of DACA, the immigrants who had been protected under these orders could try to sue the government for a violation of due process, if they are forced to return to their native countries while they still have time left on their deportation deferrals.

"If a new administration came in and cancelled all existing grants of relief, it would shock me if we didn't see litigation by immigrants," Cox said.

But there is a precedent for use of prosecutorial discretion. The Reagan administration used prosecutorial discretion to avoid splitting up families, which was deemed necessary after the passage of the 1986 Immigration Reform and Control Act. That Act allowed immigrants to stay in the U.S. if they'd been here consecutively for the prior four years, but it left out spouses and children who didn't meet that requirement.

There's also precedent for a form of relief known as "parole" which grants immigrants temporary permission to remain in the United States, even if they entered without permission. That policy was used to allow the roughly 125,000 Cuban immigrants who arrived in the U.S. during the 1980 Mariel boatlift to avoid deportation.

It is now applied to the group of immigrants who entered the U.S. without permission but have immediate family members and spouses of U.S. citizens who serve in the U.S. military. Normally these immigrants would eligible to apply for a green card, but they would have to leave the country first, and then they would be stuck outside for years, because they were not initially admitted legally to the U.S.

"The way immigration law is set up is they're stuck between a rock and a hard place," Cox said. "The moment they set foot out of the country they are barred for three or 10 years."

But, he said, "The immigration code as it's currently written gives the president the power to grant various forms of discretionary relief that have the effect of making people who currently can't apply for green cards eligible to apply." Through such an "adjustment of status," those immigrants would be able to become lawful permanent residents without first going abroad to apply for a visa.

MPI estimated that in 2012, 1.3 million immigrants in the U.S. illegally had immediate-relative relationships with U.S. citizens that potentially qualify them for green cards. That number includes 770,000 who married U.S. citizens and 560,000 who are parents of a U.S. citizen.

If the administration were to use the "parole-in-place" approach to allow those immigrants to adjust their status, they would be eligible to apply for a green card. There are no caps on the number of visas issued to the immediate family members of U.S. citizens, and a green card would protect them from changes in the administration the way a mere administrative policy like DACA would not.

That's why many Democrats and immigrant advocacy groups are pressuring the president to do as much as he can now.

"What we want the president to do is act big, act bold, and act broadly and act soon," Rep. Luis Gutierrez, D-Illinois, said at a press conference Thursday, where 116 House Democrats released a letter to the president urging the same thing.

"As you have said, it is ultimately the job of Congress to reform our broken immigration system by enacting legislation. But by failing to do their job--and repeatedly interfering with your efforts to do your job--congressional Republicans threaten to take our immigration system hostage and preserve a status quo that everyone agrees is unacceptable. Their failure to act must not inhibit your commitment to governing," the letter said.

Mr. Obama has said recently that Republicans can supersede his executive actions by passing an immigration bill of their own. But the advocates who pressed for legislation for so long--and have now turned their focus to pushing the president for executive action--say they've given up.

"Thinking that somehow Republicans feel compelled to act is a quaint notion and does not stand up to the history or the current dynamic," said Frank Sharry, the executive director of America's Voice. "Eventually we're either going to need a change of heart on the part of Republicans or a change in Congress on the part of the American people."

The durability of whatever action Mr. Obama takes depend on more than just the legal framework. Politics play a critical role here, too.

"The administration is going to run up against political constraints long before it runs up against legal constraints," Cox said. Though many forms of administrative relief, like deferred action, are not legally durable, "it could be that politically that they turn out to be quite durable," he said.

John Woolley, a political science professor at the University of California at Santa Barbara and an expert in the presidency, said that such a major change in policy can turn into the status quo, which would make it difficult to roll back.

"At some point you change the world and you build up interests who have a stake in the policy status quo and want to defend it," he told CBS News. "Employers...are delighted to have low cost labor to do work that they need to have done, and those people are the natural constituency of the Republican Party, so it's conceivable that it's the politics that makes an order like this difficult to reverse."

That could create a deep rift in the Republican Party between the forces that support the new status quo and those who have vowed to undo any executive action the president takes.

"Everybody's always looking for things that split the opposition and immigration clearly does that for Republicans for Obama," he said.