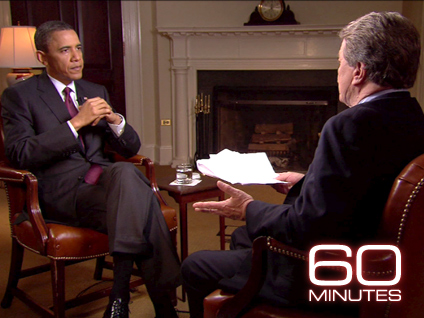 In an interview with Steve Kroft for this Sunday's "60 Minutes" conducted today, President Obama said he won't release post-mortem images of Osama bin Laden taken to prove his death.

"It is important to make sure that very graphic photos of somebody who was shot in the head are not floating around as an incitement to additional violence or as a propaganda tool," said the president.

"We don't trot out this stuff as trophies," Mr. Obama added. "The fact of the matter is, this is somebody who was deserving of the justice that he received."

The president said he had discussed the issue with his intelligence team, including Defense Secretary Robert Gates and Secretary of State Hillary Clinton, and that they agree with the decision. White House press secretary Jay Carney said Wednesday that Mr. Obama made the decision today.

In explaining his choice not to release the photo, Mr. Obama said that "we don't need to spike the football." He said that "given the graphic nature of these photos it would create a national security risk."

The president told Kroft he saw the photos following the raid on the compound and knew that bin Laden had been killed.

"We discussed this internally," he said. "Keep in mind that we are absolutely certain that this was him. We've done DNA sampling and testing. And so there is no doubt that we killed Osama bin Laden."

When Kroft noted that there are people in Pakistan and elsewhere who believe bin Laden is still alive, the president said "we we monitoring worldwide reaction."

"There is no doubt that Osama bin Laden is dead," he said. "Certainly there is no doubt among al Qaeda members that he is dead. So we don't think that a photograph in and of itself is going to make any difference."

"There are going to be some folks who deny it," he added. "The fact of the matter is, you will not see bin Laden walking on this earth again."

TRANSCRIPT: Obama discusses decision not to release images on "60 Minutes"

Asked about the decision Wednesday, White House Press Secretary Carney said "there are obviously arguments to be made on either side."

"The fact of the matter is, as the president described, these are graphic photographs of someone who was shot in the face -- the head, rather," he said. "It is not in our national security interests to allow those images, as has been in the past been the case, to become icons to rally opinion against the United States. The president's number one priority is the safety and security of American citizens at home and Americans abroad. There is no need to release these photographs to establish Osama bin Laden's identity. And he saw no other compelling reason to release them, given the potential for national security risks. And further, because he believes, as he said so clearly, this is not who we are." (See video at left.)

"He wanted to hear the opinions of others, but he was very clear about his view on this," Carney added. "And, obviously, his decision is categorical." He said it applied to "all visual evidence" of bin Laden's death, including video of his burial at sea.

"The whole purpose of sending our soldiers into the compound, rather than an aerial bombardment, was to obtain indisputable proof of bin Laden's death," he said.

Neil Livingstone, Chairman and CEO of Executive Action and author of nine books on terrorism, also disagreed with the decision.

"If we can't conclusively demonstrate that indeed he is dead there will be those who say he is still out there," he told CBS News. "Al Qaeda might even try to keep his legacy going and say 'they got someone else, they didn't really get him.'"

"Show photo as warning to others seeking America's destruction. No pussy-footing around, no politicking, no drama;it's part of the mission," she wrote.

Republican House Intelligence Committee Chairman Mike Rogers said earlier in the day that the Obama administration should not release the gruesome post-mortem images, saying it could complicate the job for American troops overseas. Rogers told CBS News he has seen a post-mortem photo.

"The risks of release outweigh the benefits," Rogers said. "Conspiracy theorists around the world will just claim the photos are doctored anyway, and there is a real risk that releasing the photos will only serve to inflame public opinion in the Middle East."

"Imagine how the American people would react if Al Qaeda killed one of our troops or military leaders, and put photos of the body on the Internet," Rogers continued. "Osama bin Laden is not a trophy - he is dead and let's now focus on continuing the fight until Al Qaeda has been eliminated."

Many in Congress happy bin Laden photos won't be released

Skeptics have called on the United States to release photos of bin Laden, who officials say was shot in the face during a raid on his compound, in order to prove that the al Qaeda leader is really dead.

The White House had said it was debating whether to release the photographs. CIA director Leon Panetta told CBS News Tuesday that he thought a photo would be released, though he said the White House would make the final decision.

CBS News national security correspondent David Martin has been told the photographs are "very gruesome" and won't be for the "squeamish."

"I've had it described to me and it does sound very gruesome," he said. "Remember, bin Laden was shot twice at close range, once in the chest and once in the head, right above his left eye, and that bullet opened his skull, exposing the brain, and it also blew out his eye. So these are not going to be pictures for the squeamish."

Photoshopped images purporting to show bin Laden after he was killed have already surfaced on the Internet. Sen. Scott Brown, R-MA, who had claimed to have seen the actual post-mortem photos, said Wednesday that he had been fooled by one such false image. It appears Ayotte and Chambliss may also have been duped.