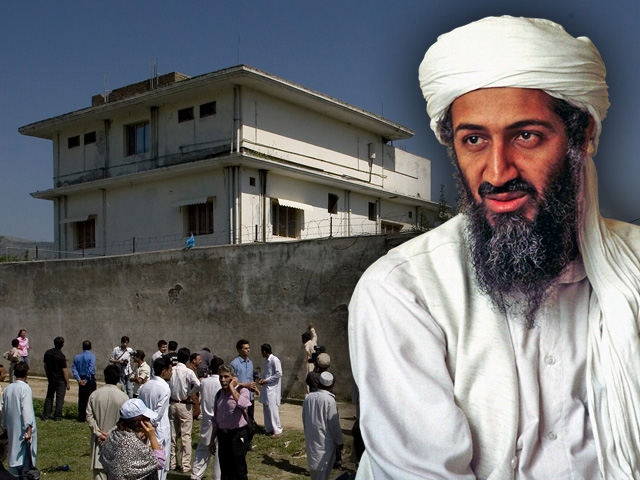 Osama bin Laden had 500 Euros in cash and two telephone numbers sewn into his clothing when he was killed, CBS News has confirmed.

The news was first reported by Politico Wednesday. It was unclear whether the money was denominated in Euros or another currency, but the revelation seems to indicate that the al Qaeda leader was prepared to flee in the event of a raid like the U.S. military strike in which he was killed on Sunday.

The details come from officials who attended a classified intelligence briefing on Capitol Hill.

"CIA Director Leon Panetta told lawmakers about the items found in bin Laden's clothing in response to a question about why he wasn't guarded by more security personnel at his relatively luxurious home in a military town north of Islamabad," Politico reported. "The answer, according to one source who attended the briefing: Bin Laden believed "his network was strong enough he'd get a heads-up" before any U.S. strike against him."

The White House on Tuesday gave a more complete picture of the assault -- and corrected some key details from earlier official accounts, such as revealing that bin Laden was not armed as previously claimed -- as the team that pulled off the storied raid in Pakistan briefed officials and rested back at Andrews Air Force Base outside Washington.

The administration possesses graphic images of bin Laden's corpse, at least one of which is likely to be released, according to CIA Director Leon Panetta. Officials hope that doing so would quiet any doubts that bin Laden is indeed dead. The worry is that anti-U.S. sentiment would be inflamed as a result.

CBS News national security correspondent David Martin has also had the photos described to him and said it "does sound very gruesome."

Bin Laden was shot twice at close range, once in the chest and once in the head, right above his left eye and that bullet opened his skull, exposing his brain and it also blew out his eye. So these are not going to be pictures for the squeamish," Martin said.

How did bin Laden resist Navy SEALs without a weapon?

White House officials initially suggested bin Laden had been holding a gun and perhaps firing at U.S. forces. The corrected account raised questions about whether the Americans ever planned to take him alive, or simply were out to kill him.

After they shot him in the head and chest, the SEAL team in just minutes quickly swept bin Laden's compound for useful intelligence, making off with a cache of computer equipment and documents. The CIA was hurriedly setting up a task force to review the material from the highest level of al Qaeda's leadership.

The revised account of bin Laden's final moments was one of many official details that have changed since he was killed in the nighttime raid early Monday morning in the Pakistani city of Abbottabad. The White House misidentified which of bin Laden's sons was killed -- it was Khalid, not Hamza. Officials incorrectly said bin Laden's wife died in gunfire while serving as his human shield. That actually was the wife of a bin Laden aide, and she was just caught in crossfire, the White House said Tuesday.

White House Press Secretary Jay Carney attributed those discrepancies to the fog of war, saying the information was coming in bit by bit and was still being reviewed. Nevertheless, the contradictory statements may raise suspicions about the White House's version of events, given that no independent account from another source is likely to emerge. The only non-U.S. witnesses to survive the raid are in Pakistani custody.