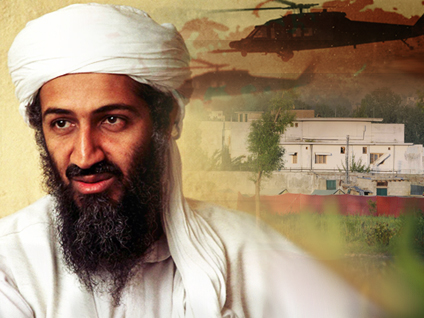 (CBS/AP) As the White House ponders when to release photographic evidence of Osama bin Laden's death, CBS News national security correspondent David Martin shared what he's been told about the pictures, describing them as "very gruesome" and saying they won't be for the "squeamish."

"I've had it described to me and it does sound very gruesome. Remember, bin Laden was shot twice at close range, once in the chest and once in the head, right above his left eye, and that bullet opened his skull, exposing the brain, and it also blew out his eye. So these are not going to be pictures for the squeamish."

CIA Director Leon Panetta said at least one photo is likely to be released, but the final decision will rest with President Barack Obama.

Doing so could dispel doubts that bin Laden is indeed dead. The worry, though, is that it would feed anti-U.S. sentiment.

"This is history, and I think everybody agrees that eventually the photo is going to have to be released," Martin observed on "The Early Show" Wednesday.

However, the chairman of the House Intelligence Committee, Republican U.S. Rep. Mike Rogers, hoped the pictures would not see the light of day.

Rogers said Wednesday he was concerned that the photo could be seen as a "trophy" that inflames U.S. critics and makes it harder for members of the American military deployed overseas to do their job.

"Conspiracy theorists are going to see the pictures and find 10 reasons why they think it's someone else," Rogers said on ABC television. "I don't know what we gain by showing this picture."

Republican U.S. Rep. Peter King, who was among the lawmakers who had the images described to them, played down that concern. "They're not going to scare people off," he said. "Nothing more than you'd expect with a person with a bullet in his head."