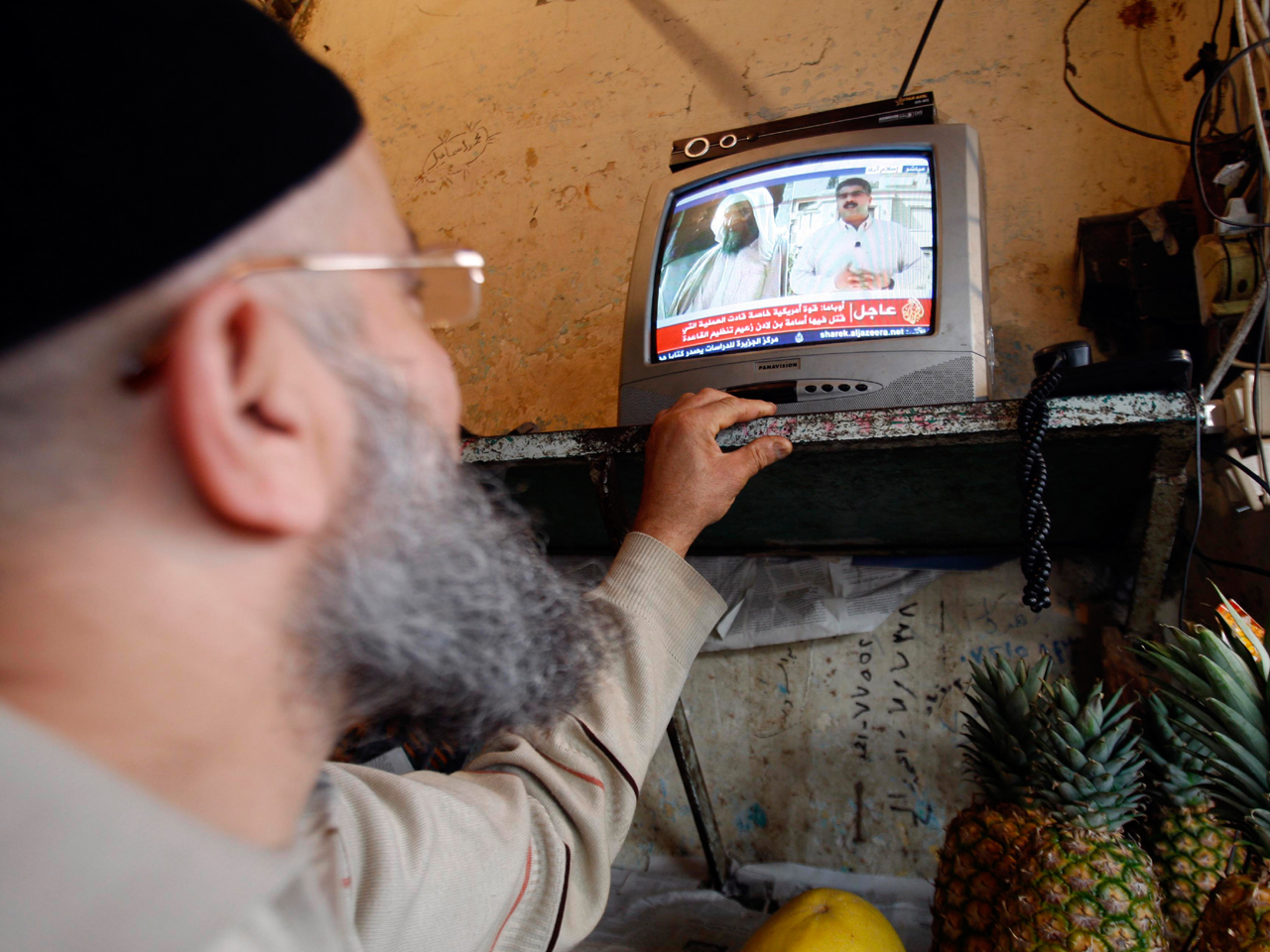 At this point, the world has little more than the word of the American government that Osama bin Laden was killed in a daring raid on Sunday.

For some, that's not enough.

One American sent an email to CBS News complaining that "There is not a shred of evidence that Bin Laden has been killed and, of course, the media are not requiring any."

Asked the emailer: "Is it un-patriotic or un-American to ask how, specifically, we know that he's dead?"

Conspiracy theories, meanwhile, are already popping online. Asks the site Uncoverage: "After 10 years of searching for Al Qaeda mastermind Osama bin Laden, why would President Obama announce that the terror-master has been killed in a firefight with American special forces, announce that we have the body, and then DUMP THE BODY IN THE OCEAN two hours later, before anyone can see the body and verify it?"

Bin Laden's backers are also raising questions. On the Shomouk al-Islam forum, a gathering place for al Qaeda supporters, one vowed vengeance in the wake of the attack and wrote, "we are your soldiers Osama...Whether you are dead or alive."

Pentagon officials say bin Laden's body was buried at sea from the deck of a U.S. aircraft carrier following a religious funeral and ceremonial washing in conjunction with Islamic custom.

Two sources tell CBS News that one of the women in the compound at the time of the raid was one of bin Laden's wives, who identified him post-mortem. An intelligence official said he was also identified by members of the raid team. The official also said DNA from several bin Laden family members was used to verify bin Laden's identity.

A U.S. official told NBC News Monday morning that the Pentagon is in possession of a "very, very" graphic photograph of bin Laden's body - and that there is a debate over whether to release it. There is clearly an appetite for such a picture: A photograph of what was purported to be bin Laden's corpse circulated online Sunday night - though it was later revealed to be a fake.

In July 2003, the Pentagon released extremely graphic photographs of Saddam Hussein's two sons, Uday and Qusay, after they had been killed - after the two men had been touched up by a mortician. The release appeared to be an attempt to convince skeptical Iraqis that the two men were indeed dead.

It seems likely that the United States has a similar graphic photographs of bin Laden, who officials say was shot in the head during the raid. According to ABC News, President Obama authorized a bombing of bin Laden's compound in March, but cancelled it partially out of concern that such an attack would not allow the U.S. to prove that bin Laden is in fact dead. And a former Delta Force commander told CBS News Sunday night that "They would not have pulled the trigger until they knew without doubt they would have proof."

White House counter-terrorism adviser John Brennan said Monday afternoon that visual evidence of bin Laden's death does exist -- but a decision has not been made on whether to release it.

"We are going to continue to look at the information that we have and make sure that we're able to share what we can because we want to make sure that not only the American people but the world understand exactly what happened and the confidence that we have that it was conducted in accordance with the mission design," he said. "At the same time, we don't want to do anything that's going to compromise our ability to be as successful the next time we get one of these guys and take them off the battlefield."

"You have to take a look at it from the standpoint of what are the upsides and downsides?" Brennan added. "And sometimes when you conduct an operation that is based on intelligence and is based on the very sensitive and very capable forces that we have available to us in the U.S. government, you want to make sure that you're not doing anything to expose something that will limit your ability to use those same intelligence sources and capabilities in the future."

Former senior CIA official Michael Scheuer said on CSPAN Wednesday that he believes the administration "will be forced to put out the pictures" in order to head off conspiracy theories.

Colin Powell, the former secretary of state, said on CNN Monday the administration needs to decide a course of action based on the pictures themselves.

"You have to see the picture to make a judgment whether it's in our interest or not," he said.

According to Associated Press sources, who spoke anonymously, bin Laden's burial at sea was recorded and the video may be released soon; the officials would say only that photos of the body itself may be released.

Assuming that bin Laden is identifiable in any post-mortem photographs - and that's not a sure thing in light of how he is said to have died - one can expect the images to be released. (Though one official told ABC News "There's no doubt it's him," bin Laden's brains and blood are reportedly visible, which suggests an identification may not be a slam dunk.) Until they are, questions will linger - particularly in the Arab world - over whether the architect of the Sept. 11 attacks is really gone.