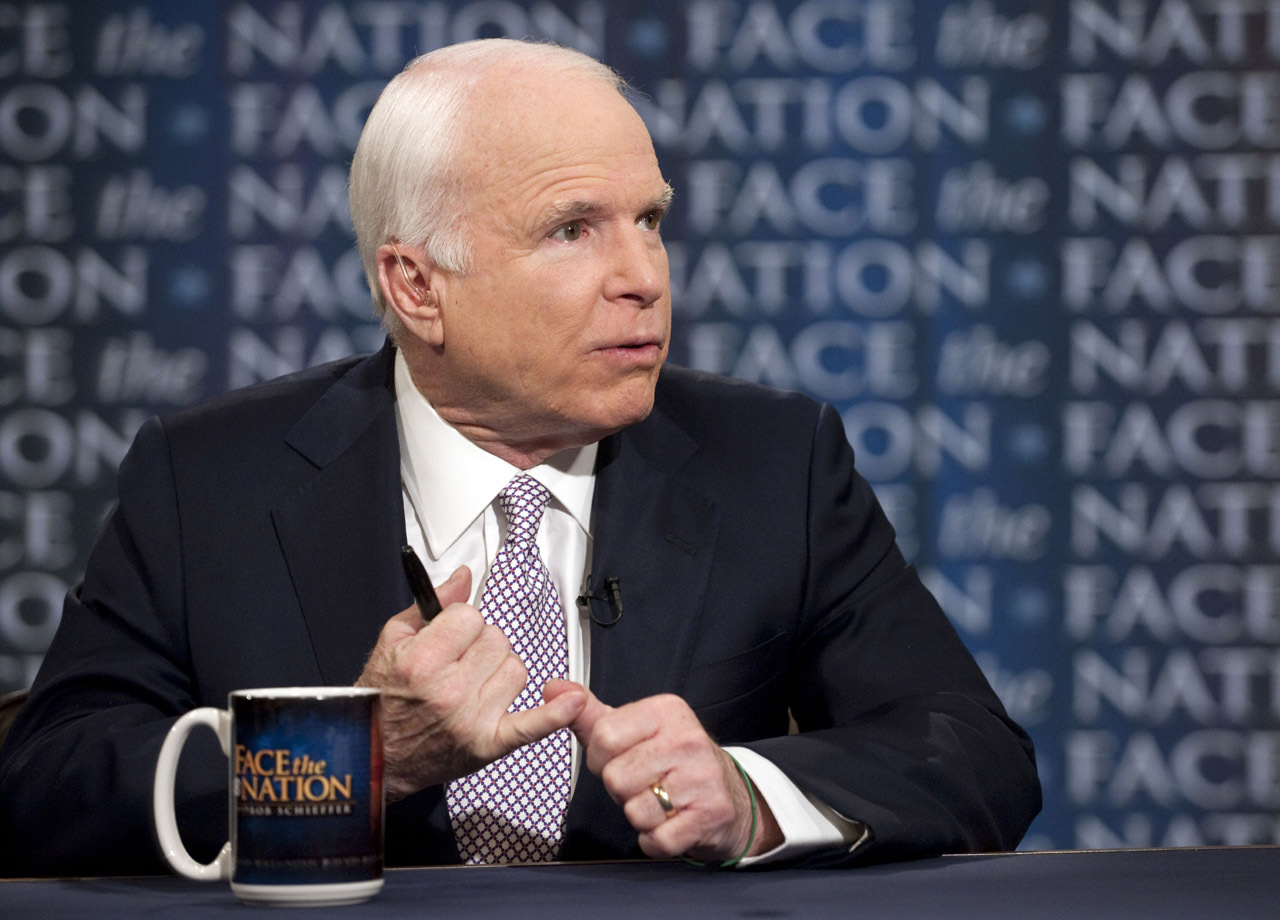 Most Democrats and many Republicans on Capitol Hill seemed satisfied with President Obama's decision not to release graphic photos that show Osama bin Laden with fatal gunshot wounds to his face.

"My initial opinion is it's not necessary (to release the photos)," said Sen. John McCain (R-AZ) as he emerged from a classified military briefing about the raid. "I think there is ample proof that this is Osama bin Laden."

Senator Dianne Feinstein (D-CA), who chairs the Senate Select Committee on Intelligence, agreed, adding: I don't think that the timing is such that something incendiary is the right thing to do."

Republican Congressman Mike Rogers of Michigan, who chairs the House Intelligence Committee, released a statement earlier in the day urging the President not to release the photos. In an interview with CBS News, he explained his position.

"To treat Osama bin Laden like he's some trophy of the United States for public gloating I think is wrong," he said. "And it makes it more difficult for an average soldier a sergeant in the Army in Ghazni province in Afghanistan to solicit the help and cooperation of villagers who may or may not be friendly to the United States."

But some Republicans argued that the photos would provide powerful proof of bin Laden's demise to nonbelievers around the world. "The whole purpose of sending our soldiers into the compound, rather than an aerial bombardment, was to obtain indisputable proof of bin Laden's death," said Senator Lindsey Graham (R-SC), a member of the Armed Services Committee. "I know bin Laden is dead. But the best way to protect and defend our interests overseas is to prove that fact to the rest of the world."

Representative Peter King (R-NY), who chairs the House Homeland Security Committee, was among those who initially supported releasing the photos.

"They're not going to scare people off," he said yesterday, claiming that the pictures had been described to him and that they were "nothing more than you'd expect with a person with a bullet in his head."

"While I have said that a photo release may be a good way to combat the predictable conspiracy theories about bin Laden's death, this is a decision for the President to make," he said in a written statement. House Speaker John Boehner (R-OH) also said it was up to the president.

President Obama revealed his decision in an interview with Steve Kroft of CBS' 60 Minutes. "It is important for us to make sure that very graphic photos of somebody who was shot in the head are not floating around as an incitement to additional violence. As a propaganda tool," he said.

The decision came nearly three days after the raid in Abbottabad, Pakistan, and after three days of intense debate within the Administration. CIA Director Leon Panetta made it clear to CBS News in an interview with Katie Couric that he came down on the other side.

Former Vice Presidential candidate Sarah Palin weighed in on Twitter, saying the president should "Show photo as warning to others seeking America's destruction. No pussy-footing around, no politicking, no drama; it's part of the mission."

But Rogers disagrees. "There's no gain by doing it. The conspiracy theorists aren't going to believe the photos...they're going to be doubting Thomases forever," he said.