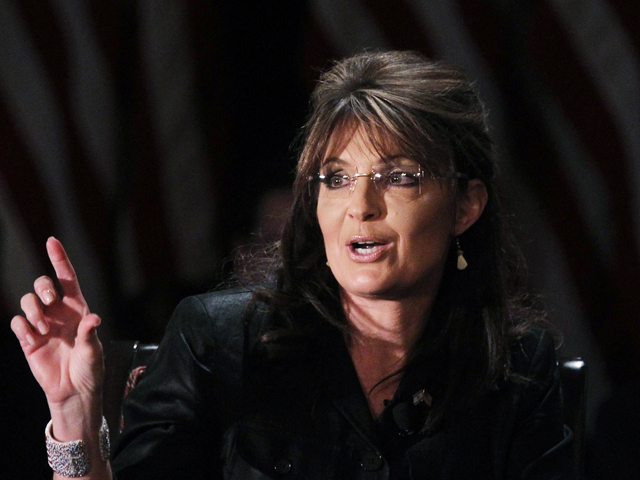 Sarah Palin on Wednesday called on President Obama to stop "pussy-footing around" and release post-mortem images of Osama bin Laden.


In a Tweet posted shortly after the president announced he would not be releasing the images, Palin chided him for his decision: "Show photo as warning to others seeking America's destruction. No pussy-footing around, no politicking, no drama;it's part of the mission," she wrote.

In an interview with CBS' 60 Minutes on Wednesday, Mr. Obama explained his decisionnot to make the images public.

"It is important to make sure that very graphic photos of somebody who was shot in the head are not floating around as an incitement to additional violence or as a propaganda tool," the president told CBS News' Steve Kroft.

"We don't trot out this stuff as trophies," Mr. Obama added. "The fact of the matter is, this is somebody who was deserving of the justice that he received."

Palin was not the only Republican to call for the release of the image: Sen. Lindsay Graham, a South Carolina Republican, argued that keeping the image private defeated "the whole purpose of sending our soldiers into the compound" - which was proving definitively that bin Laden was dead.

"The whole purpose of sending our soldiers into the compound, rather than an aerial bombardment, was to obtain indisputable proof of bin Laden's death," said Graham. "I know bin Laden is dead. But the best way to protect and defend our interests overseas is to prove that fact to the rest of the world."

Sen. Susan Collins (R-Maine) also argued for the release of at the very least a "couple of the pictures" in order to prevent the propagation of "mythology" surrounding the story of bin Laden's death.

"I understand that this is a very difficult debate," she said in an interview with ABC. "But what I'm worried about is there will be this mythology that will arise that somehow Osama bin Laden escaped, or isn't really dead or someone else was killed, despite the fact that it clearly was Osama who was caught and killed in this raid."

She added: "So I think if there's a way to release a couple of the pictures, hopefully ones that aren't as gruesome -- they are going to be inherently gruesome because there were shots to his head -- that it would help prevent that mythology from arising."

But many Republicans were satisfied with Mr. Obama's call.

"My initial opinion is it's not necessary," said Sen. John McCain (R-AZ), of releasing the photos. "I think there is ample proof that this is Osama bin Laden."