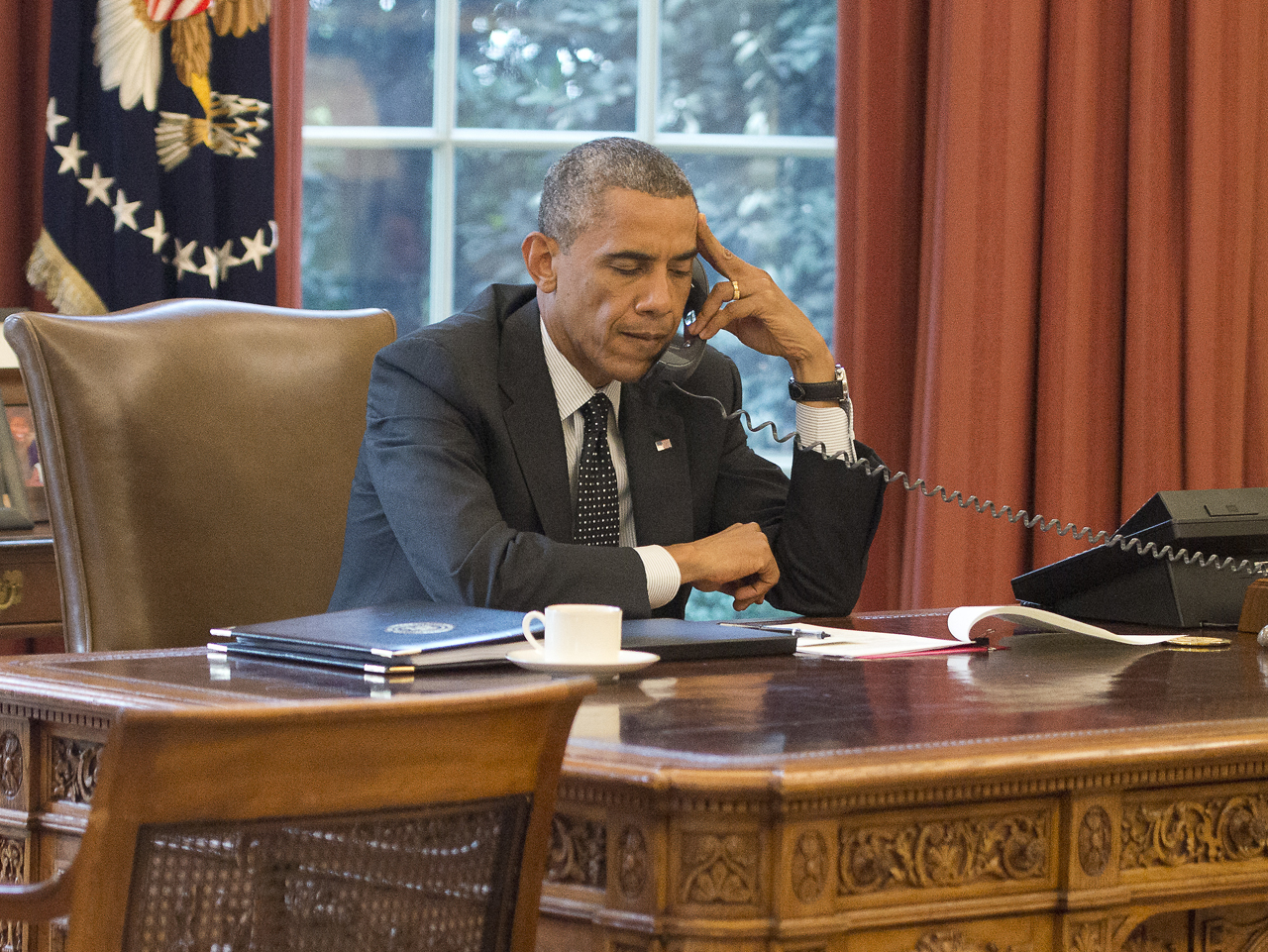 BEIRUT -- Stitching together a broad coalition to tackle the extremists of the Islamic State of Iraq and Syria (ISIS) will require President Obama to overcome the reluctance of U.S. allies in the Middle East who are deeply frustrated with a White House they believe has been naive and weak on Syria's civil war.

Key Sunni Arab states, Saudi Arabia chief among them, have wanted the U.S. to do more to provide robust support to mainstream Syrian rebels in their war against President Bashar Assad. The result is hesitation to answer President Obama's call for a regional front against ISIS -- which the Obama administration refers to by the alternate acronym ISIL and which now calls itself simply the Islamic State -- even though it is widely reviled.

The United States is mounting a major campaign to get allies on board. Secretary of State John Kerry will visit the region and Defense Secretary Chuck Hagel was in Turkey on Monday to lobby the NATO ally.

But it is not always an easy sell.

"Trust is so low, especially in the Gulf region, for Obama's leadership quality and the way he manages foreign policy. I don't think any country is going to put its hand up or neck out by accepting an alliance with the U.S. that easily," said Mustafa Alani, the director of the security and defense department at the Gulf Research Center in Geneva.

That is not to say that Sunni states in the region won't ultimately join the U.S. in the campaign against the extremists who have seized large swaths of Iraq and Syria, or that they don't view the militants as a threat. But it suggests, analysts say, that the U.S. will have to do some convincing -- and likely enticing -- to get them into the fight.

"These countries can offer a lot, but I think any cooperation here is going to be conditional," Alani said. "They are not going to jump in the pool for nothing."

U.S. allies in the Middle East are among the most threatened by ISIS, whose rampage across northern and western Iraq in June rattled officials in capitals across the region. Jordan and Saudi Arabia, both of whom suddenly found ISIS fighters on their doorstep, have dispatched military reinforcements to their borders to boost security.

On Monday, the Arab League agreed to take immediate measures, either individually or collectively, to combat ISIS and other extremists on the political, defense, security and legal levels. But the member states did not explicitly back American military action.

The U.S. began conducting airstrikes against ISIS fighters in Iraq last month in what amounts to the first American militarily action in the country since American troops left in 2011.

Mr. Obama also is weighing the prospect of military action in Syria. While the U.S. is already carrying out surveillance flights over northern Syria, the president has stressed that airstrikes there are not imminent, and that if he ultimately authorizes them they would have to come in conjunction with a broader regional strategy that would tackle the political turmoil in both Syria and Iraq.

It may well be Washington's willingness to take on the long-term project of resolving Syria's intractable civil war that will prove decisive in enlisting regional allies against ISIS.

Mike Morell, the former deputy director of the CIA who is now a CBS News security consultant, told "CBS This Morning" co-anchor Charlie Rose on Monday that "Syria is the tricky part" -- the biggest challenge facing the Obama administration as it confronts ISIS.

Morell said he was confident Mr. Obama would begin trying to claw back the territory ISIS has claimed, and likely start going after the group's relatively centralized leadership, "both in Iraq and in Syria."

He said that would probably mean "doubling down on" or greatly increasing U.S. support for what U.S. officials consider the "moderate opposition" to Syrian dictator Bashar Assad; giving them the ability to confront not only the regime's far superior military, but also the ISIS militants whom they have been largely embarrassed by on the battle field for many months now.

"We're going to be relying on a group of people in Syria who we quite frankly don't have a lot of confidence in, who don't have a lot of strength, who we have to worry about doing things with our weapons and our training that we're going to be responsible for at the end of the day," explained Morell, saying that was "the main thing I worry about here."

Saudi Arabia, Qatar and Turkey have been among the most vociferous opponents of Assad and most active supporters of the armed opposition seeking to overthrow him. Over the past three years, the three countries have been frustrated, sometimes furious, with Mr. Obama and his Syria policy.

They point to the president's failure to enforce his own "red line" last year and bomb Syria after blaming Assad for a deadly chemical weapons attack on rebel-held areas outside Damascus. Washington's refusal to supply the rebels with sophisticated weapons -- or allow others to do so -- has been another source of anger.

"There is serious room for consolidated cooperation because for a long time it was U.S. reluctance to do anything that kind of ruined these relationships," said Paul Salem, vice president of the Middle East Institute in Washington, D.C. "Turkey and the Gulf countries were saying 'come on, let's do something bigger and more substantial,' while the U.S. was always dragging its feet or obstructing or saying 'yes' and then saying 'no.'"

With the U.S. previously unwilling to take the lead, Saudi Arabia, Turkey and Qatar often worked at cross purposes in supporting the fractured anti-Assad camp. For these countries, the question now is whether the U.S. is serious this time.

At last week's NATO summit, Kerry pressed a group of 10 core nations to form a loose coalition to go after ISIS. Along with the United States, the coalition comprises the United Kingdom, France, Australia, Germany, Canada, Turkey, Italy, Poland and Denmark.

Turkey, Jordan and the Gulf have a lot to offer -- money, logistics, territory, intelligence, training and potentially helping arm Syrian rebels through third parties. Saudi Arabia and the UAE have advanced air forces that could take part in airstrikes, and could lend regional legitimacy to a U.S.-led aerial campaign.

Jordan and Saudi Arabia have connections with Sunni tribes that span the border of Syria and Iraq, which with consistent funding and material support could help reclaim local communities from the jihadis, analysts say.

Turkey, meanwhile, could tighten its border to prevent weapons and militants from crossing into Syria, and crack down on the smuggling of oil out of Syria -- an important source of revenue for ISIS. However, Turkish officials have to consider that ISIS fighters seized 49 people at the Turkish consulate in Mosul in June, including the consul general.

Mr. Obama is to deliver a speech on Wednesday to lay out his plan for going after the extremist group. On Sunday, he emphasized that "we're going to need Sunni states to step up -- not just Saudi Arabia -- our partners like Jordan, United Arab Emirates, Turkey."

"They need to be involved. This is their neighborhood. The dangers that are posed are more directed at them right now than they are us," Mr. Obama said on NBC's "Meet the Press."